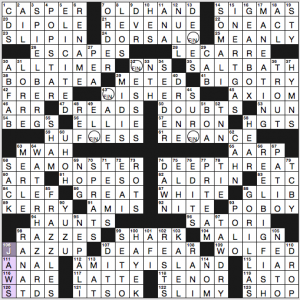 The theme is the 106d [1975 summer blockbuster], JAWS, and all sorts of stuff relating to the movie and to sharks. Plus a {FIN} rebus, and if you do a connect-the-dots with the rebus squares, you’ve drawn a shark’s fin.

Shark stuff: 17d MAN-EATING, 24a DORSAL {FIN}, 68a SEA MONSTER, 74a DEEP THREAT (this is not a familiar phrase for me, and the clue, [Speedy wide receiver, perhaps], doesn’t resonate at all—but I just asked my husband about the term. He informed me, “It’s usually used in reference to a speedy wide receiver,” and I laughed), 86a/87a GREAT / WHITE, 99a SHARK somehow not connected to 86a/87a, the vague WATER HAZARD concept clued via golf (I believe there are not yet any golf courses where the water hazard has sharks, but I’m happy to be proven wrong here, and if proven wrong, then I’ll be mad about the dumb exploitation of a majestic beast), and the never-heard-of-it 66d. [Ska-punk band with the 1997 song “Sell Out”], REEL BIG FISH. I’d call bullshit on the REEL spelling of the band name, but you could define the Jaws shark as a REEL BIG FISH, with film reels.

I might’ve missed some more thematic entries since they were strewn hither and yon.

Four stars from me. Here’s a retro flashback, an episode of Sigmund and the Sea Monsters (including commercials!). Amazingly, there’s an Amazon Prime remake of the show, complete with a boy with curly red hair and the same dang green creature. 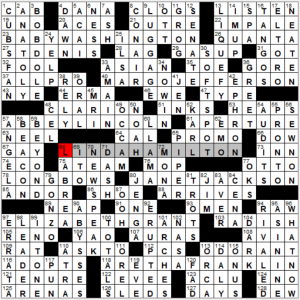 It’s a meta week! Our instructions: “Which former first lady should be the next theme answer in this puzzle?” Let’s see what our theme entries are:

What do these women have in common? Besides success in their respective fields, their last names are shared by the men found on US dollar notes (as hinted by the title), starting with George Washington on the $1 bill and increasing in value to Benjamin Franklin’s $100 note. The next note in line is the $500, which is no longer in print (surprisingly, Jefferson’s $2 bill is still being printed). President William McKinley was featured on the most recent $500 note, which makes his wife Ida Saxton McKinley our meta answer. 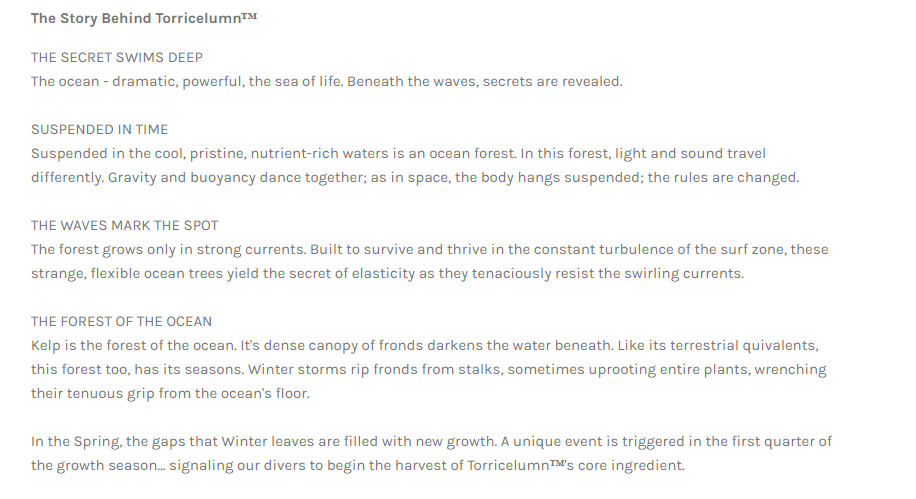 It’s easier to read at https://elizabethgrant.com/elizabeths-story/ 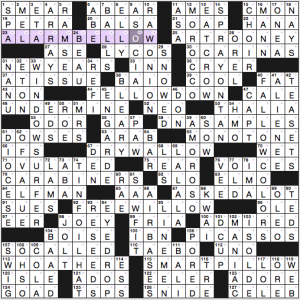 Am heading out to the Pride Parade in a couple minutes, so here’s the solution grid. The theme answers are made by adding OW to the end of familiar phrases or words. ALARM BELLOW, FELLOW DOWN, DRY WALLOW, FREE WILLOW, SMART PILLOW, WINDOW SURFER, FALLOW COLORS. Not a particularly amusing theme.

There are also random answers that end in OW (EAT CROW, SOW), not so elegant. And there are plenty of fill answers that are as long as the themers—ART ROONEY, “WHOA, THERE,” ASKED A LOT, UNDERMINE, TINFOIL HAT, SPRAY-ON TAN, DNA SAMPLES, CARABINERS—which muddles the puzzle further. 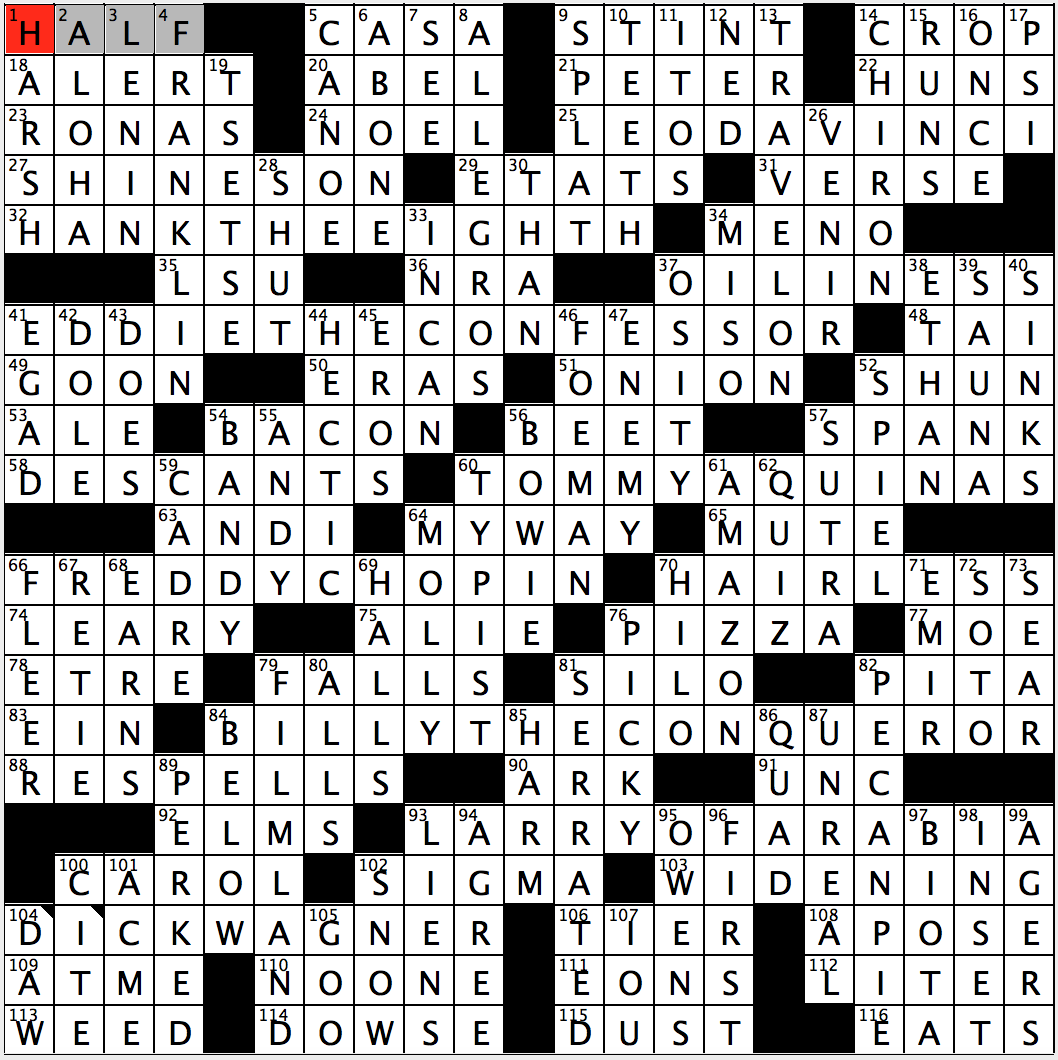 The theme of this puzzle is ‘white men of note with their first names replaced with familiar shortenings of those names,’ like so: LEO (Leonardo) DA VINCI, HANK (Henry) THE EIGHTH, EDDIE (Edward) THE CONFESSOR, TOMMY (Thomas) AQUINAS, FREDDY (Frederic) CHOPIN, BILLY (William) THE CONQUEROR, LARRY (Lawrence) OF ARABIA, and DICK (Richard) WAGNER.

Fill highlights include PIZZA and PECAN PIE. In the clues, I enjoyed the accurate [Archaic “OMG”] for EGAD and the vocabulous [Phantasmagoric] for UNREAL.