Title: “Slash and Turn”
Prompt: The meta for this puzzle is a song from the ’70s.
Answer: “One Way or Another” by Blondie 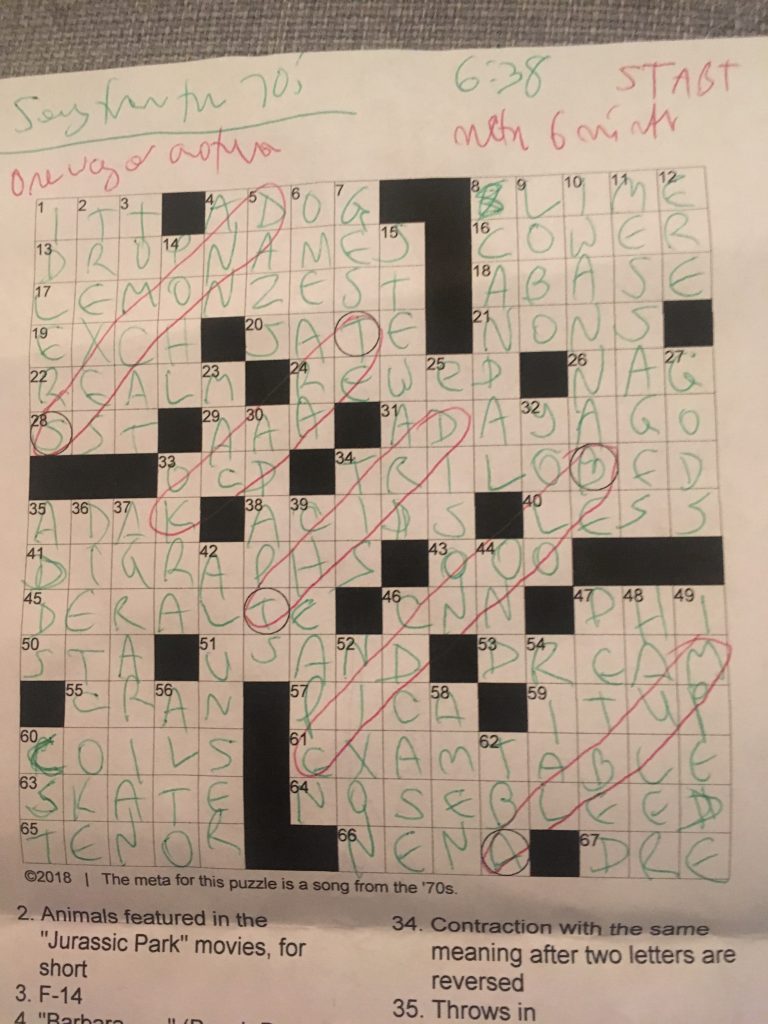 Grid with a lot in the 6-7-8-9 range but nothing longer, so no overt theme. But there are five circled letters in the grid, so let’s start there. Prompted by the “turn” in the title, one of the first things I looked for was whether any of those circled squares began diagonal entries, and lo and behold they do. There are five parallel diags heading SW to NE — or are they? Closer inspection reveals that the first, third, and fifth run SW to NE, but the second and fourth go NE-SW.

Whichever way they go, they spell out SECOND TRACK THIRD BLONDIE ALBUM. It amused me to discover via Google that their second album is called “Parallel Lines,” which fits our theme pattern nicely, and then further that the third track is the famous “One Way or Another,” which is also our meta answer.

So this was a cute idea, with both the album and song fitting in with the meta idea. Only 180 correct just before the bell, so this played tougher in general than it did for me specifically. And the grid is good considering how many diagonal words are running through it (these are notoriously difficult to construct).

But I will lament again that the metas have been fun this year but we need a CHALLENGE, Pete! Bring it on! We can take it!