Somewhere, J.C. Penney is saying “Ooh! Ooh! Pick me!” and B.D. Wong is giving Evan an icy stare. A little hard to relate their initials to careers though, which is what the rest of the theme answers seem to have in common. 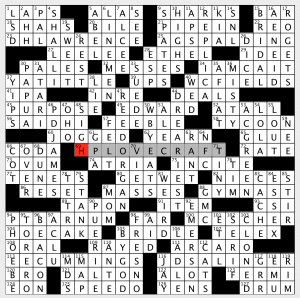 23a. [Author who was initially an American League batter?] D.H. LAWRENCE. Before he was an author, he was “initially” a Designated Hitter (the English writer probably got sick of cricket and tried his hand at baseball).

25a. [Sports equipment company co-founder who was initially the head of the DOJ?] A.G. Spalding. Attorney General Spalding.

37a. [Quarterback who was initially a writer of fiction for adolescents?] Y.A. TITTLE. YA stands for Young Adult, which doesn’t quite seem to fit the first two entries since it’s not really a career. “Young Adult Tittle”? Incidentally, Tittle was just in a NYT crossword a couple of days ago, and it was fun to see his name pop up again so soon.

40a. [Comedian who was initially a plumber fixing British toilets?] W.C. FIELDS. Water Closet. Again, not a career- so looks like the entries might also refer to the person’s milieu (first time I’ve used the word “milieu” outside of entering it in crosswords, so I hope I used it correctly!)

69a. [Author who was initially a PC technician?] H.P. LOVECRAFT. Hewlett-Packard. This time the initials stand for the name of a company.

100a. [Artist who was initially a rapper?] M.C. ESCHER. To be honest, I’m not really sure what “M.C.” stands for in the rap world. Is it Emcee? As in Master of Ceremonies? Google seems to thing it might mean “Microphone Controller.” I like Ice-T’s explanation:

116a. [Author who was initially a lawyer?] J.D. SALINGER. Pretty sure that stands for Juris Doctor, which is associated with a degree.

46d. [Author who was initially a law enforcement official?] P.D. James. James, who was in the Police Department before taking a stab at a writing career.

50d. [Poet who was initially an executive of the “Felicity” network?] W.B. YEATS. Warner Brothers. This is more in line with the H.P. Lovecraft entry.

While I’m a tad surprised at the inconsistency of how the initials are used (some are companies, some are careers, one is a degree (I think), some are labels, etc.), I wasn’t much bothered by it. I found it to be a breezy solve with fun cluing. And they all relate to the workforce somehow. 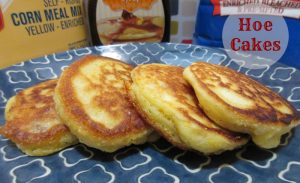 87d. [Classic tattoo word] MOM. Of course, I entered MOM immediately, but come to think of it, I’ve never seen this tattooed on anybody in real life…

109a/90d. Got hung up at the PUERILE/RAYED crossing. Never heard of the former and didn’t know asters are RAYED. Entered a B instead of an R, but quickly fixed it when Mr. Happy Pencil failed to make an appearance.

Note that the LEELEE / ALCEE crossing might have been a Natick if not for LEELEE’s careful cluing: [Actress Sobieski with a repetitive first name]. Much appreciated.

3.2 stars from me- I’m interested to see if others were irked by some of the theme inconsistencies.

P.S.  B.D. Wong is having a tough time letting this go. 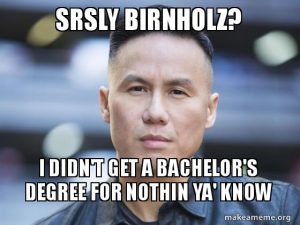 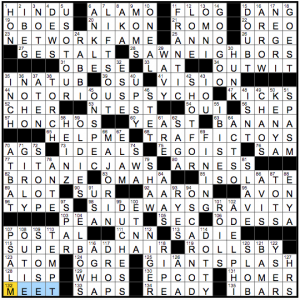 Hello! I swapped days with Amy this week, so you’ve got me today for this fun Patrick Merrell puzzle!

Each theme entry is two movie titles that, when mashed together, cutely describe a third movie. Like so:

A quintessential Patrick Merrell puzzle: the idea is exceedingly cute, and I was excited to figure out each little riddle. There are so many one-word movie titles that it seems like there are a lot of good options (and in fact it was done a couple of years ago in the NYT with a couple of reused movies), but I like the ones Patrick has chosen here. The movies (in the answers and in the clues) are generally very well known, and some of the jokes are pretty funny.

A few clues and answers of note:

That’s all I’ve got. Enjoy the rest of your weekend — until next time!

Sunday is a nice day for a picnic, and we all know there are ants at every picnic. They’re crawling all over this puzzle! 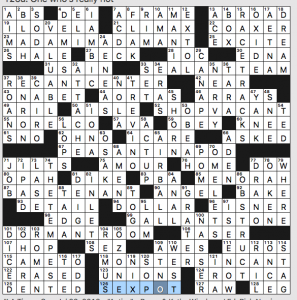 I like this theme. It’s consistent in a way that helps fill in the answers without being boring or really predictable, the funny answers are actually funny, and all the base phrases are in the language. Nice!

What I didn’t know before I did this puzzle: that Lee TREVINO won the British Open twice. 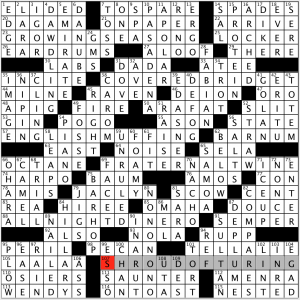 Letters are added to phrases to make new funny phrases:

I liked this fine, but what would’ve sent it over the line into greatness would’ve been if the added letters added up to something — a word describing the theme or something fun like that.