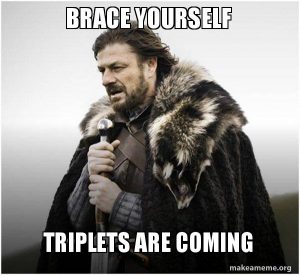 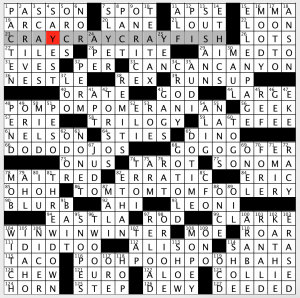 Three times the fun in today’s WaPo! Simple, classic theme with a bit of hilarious imagery. Repetitive two-word phrases meet up with their long-lost doppelgängers to create something wacky.

23a. [Wild lobster relative?] CRAY-CRAY CRAYFISH. We call them crawfish where I’m from! Picturing one going a bonkers is pretty funny. I bet CRAY-CRAY CRAYOLA wound up on the cutting room floor because it’s one letter shy of being grid-friendly.

33a. [Gorge where one does a kicking dance?] CAN-CAN CANYON. If the Rockettes ever leave Radio City Music Hall, there’s a new venue for them to consider…

48a. [Cheerleading toy dog?] POM-POM POMERANIAN. I pictured one on the sidelines of the Westminster Dog Show.

66a. [Where extinct birds were trained in karate?] DO-DO DOJOS. Guess they didn’t do so well in that self-defense class.

86a. [Horseplay with a percussion instrument?] TOM-TOM TOM FOOLERY.

104a. [Season that’s good for both parties involved?] WIN-WIN WINTER. This entry seems the weakest of an overall strong set.

116a. [Belittle bigwigs?] POOH-POOH POOHBAHS. Hopefully, the GO-GO GOFER is the one doing the POOH-POOHing.

Once I grokked the theme, filling in the long entries was a snap! So I was surprised to see that my solve time was pretty much on par with the rest of Evan’s puzzles. The puzzle in general strikes me as an ideal one to hook new solvers: Consistent, fun theme. Clean fill. Plenty of areas to gain traction.

I never felt like a DUM-DUM DUMMY [Inept solver who enjoys classic lollipops?]. (Sorry. I had to shoehorn that in somewhere. Couldn’t help myself.)

74a. [Deck with Strength] TAROT. Completely unfamiliar with tarot cards, but it’s a fun clue and the capital S is all you need!

125a. [Box ___ (dance)] STEP. The only move any choreographer in any musical I’ve been in is confident that I can handle.

54d. [Sacha Baron Cohen character … or an Arizona river flowing north?] ALI G. ALIG looks a bit ugly in a grid, but the extra clue (it spells GILA if you read it up… or north) turned a bit of crossword glue into something fresh. 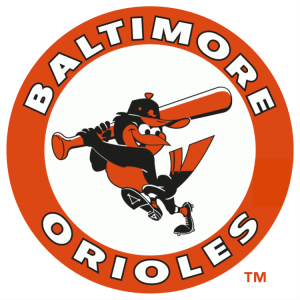 98d. [Maryland’s state bird] ORIOLE. I didn’t know this, but it makes so much sense!

5d. [“Skyrim” humanoids] ORCS. I’ve solved enough of Evan’s puzzles to know that “Skyrim” is a game he seems to enjoy. Ain’t nothin’ wrong with that! A fresh ORC clue is always welcome!

127a. [Transferred, as a title] DEEDED. I’ve never deeded before, but I look forward to the experience. Indeed.

ANSON Williams, ALISON Brie, and CRONY Capitalism were all new to me- but crossed fairly and inferable. 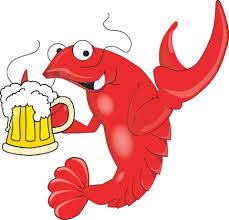 This Crayfish is about to go totally Cray-Cray 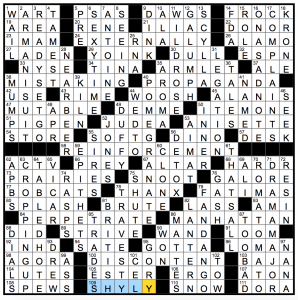 This is Derek filling in on a Sunday puzzle! It has been a while, so this should be fun! The Sunday NYT has a rather simple theme, yet I thought it was clever and fun to solve. I enjoy Will Nediger’s puzzles, even though I don’t always have time to solve all the offerings from his site. (You can find his work here.) This is the type of puzzle that, once you figure out what is going on, is rather fun to figure out what the other answers are. I count eight theme entries, which are indicated by italics. That may be a tad low for a Sunday grid, but these MUST be hard to find! The theme entries are all words that can be broken down into three separate words that actually make sense when clued!

Extra credit for the entry at 40D crossing three other themers! Still, this played like a wide-open themeless to me. Some work better than others, but I found this fun, maybe even a tad on the easy side for a Sunday, although the NW corner was a little thorny. Here’s to looking forward to Will’s next offering! 4.2 stars today.

Enjoy the rest of your Sunday!

As I’ve said before, I’m not a fan of circles in puzzles. I don’t mind them here because they are a crucial part of the theme, and the title made me smile.

Each theme answer is a type of car. The “make” is in the circles (as promised by the title) and the clue ignores the car and defines only the second word. 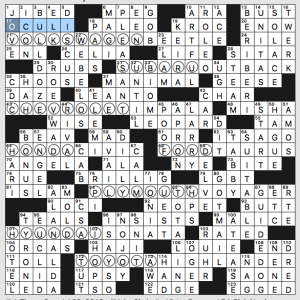 Not a particularly difficult theme. I’m having a lazy Sunday morning and it suited my slightly groggy mood just fine.

What I didn’t know before I did this puzzle: aside from the existence of professional log-rollers, I didn’t know that Byzantine domes contained OCULI. 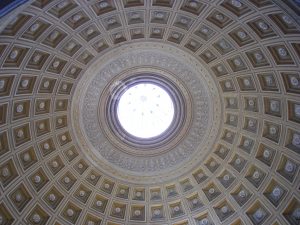 The dome of the Museo Pio-Clementino, Vatican. 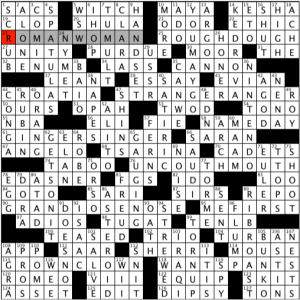 Posting late (ex post facto?) and very very briefly (you’re just getting a theme and a grid) since I was busy at Boswords all day yesterday. For this weekend’s CRooked, we’ve got a set of visual rhymes (i.e. spelled the same but not phonologically similar in English):

This entry was posted in Daily Puzzles and tagged Brendan Emmett Quigley, Victor Barocas, Will Nediger. Bookmark the permalink.