Put on those dancing shoes! Here’s a puzzle that even people with two left feet can enjoy! 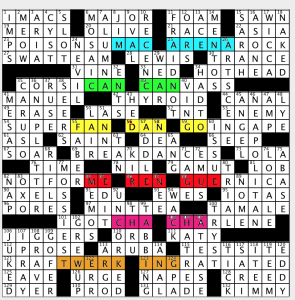 THEME: BREAK DANCES (In six rows of the grid, popular dances are hidden and “broken” by black squares).

I was able to uncover the revealer relatively quickly here, and intuited what the theme was, but still didn’t really see the actual theme answers until I got stuck on the west side of the puzzle and used FANDANGO to get me out of a jam. West definitely played much harder for me than the east, which I flew through with virtually no hangups.

Cool theme! I especially liked MERENGUE and FANDANGO as they were broken across three separate answers. 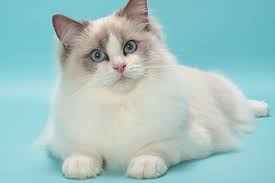 Fun puzzle with some bite and a well conceived theme! 4 stars from me. Also… the title is perfect. 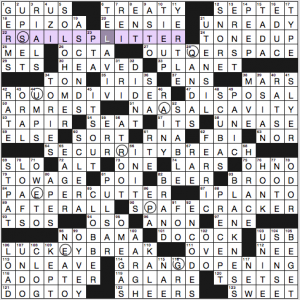 I don’t quite know how to explain this theme. Nine phrases end with words that sort of relate to the “gap” concept—they’re nouns that connote a break, or they’re an -ER noun that connotes breaking. These phrases begin with other words, and there’s an extra letter (circled) inserted into those words, in seemingly random spots; the letters make no sense within the phrases. Those extra letters can be taken in order to spell out SQUARE PEG. You can’t easily insert a square peg into a round hole, but I don’t know what the heck this has to do with the “gaps” in this theme, since very few of them are inherently round. 22a. [Another nickname for Old Abe … or a description of the circled letter?] clues R{A}AIL-SPLITTER, since that circled letter is a SPLITTER of the word RAIL. The other themers are OUT{Q}ER SPACE, RO{U}OM DIVIDER, NA{A}SAL CAVITY, SECUR{R}ITY BREACH, PA{E}PER CUTTER, S{P}AFE CRACKER, LUCK{E}Y BREAK, and GRAN{G}D OPENING.

A key problem here is that the two categories of theme phrases don’t connote the same thing, really. Some are breaking, splitting, cutting, cracking, or dividing the first words, while others are plunking a space, cavity, breach, or opening into them. These don’t feel uniform enough to make a solid theme set. And then the neither-here-nor-thereness of SQUARE PEG just muddles everything.

The fill didn’t do much to make up for the theme, alas. Right near the top, we get quizzed on 18a. [External parasites], EPIZOA (!) and the weird spelling EENSIE. 45d. [Publisher’s announcement], IT’S OUT—that’s a really awkward answer with a clue that feels silly (note: I have been involved in publishing for almost 30 years). The rude NOBAMA. Maybe contrived AT ROOT. Crosswordese ERI. DIDN’T with duplicative “not” in its clue. AGLARE. 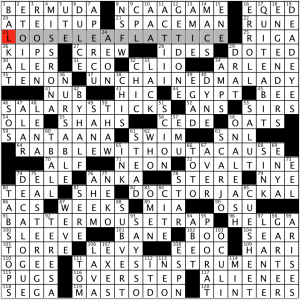 Quick writeup today, since I’m getting ready for a child’s birthday party. We’ve got a vowel-shift theme where an eh sound becomes an ah sound to make funny phrases. The title hints (I think) at the shift, i.e. left becomes laughed. The “loony left” is a British pejorative term for those whose politics are progressive.

That’s all from me, folks. 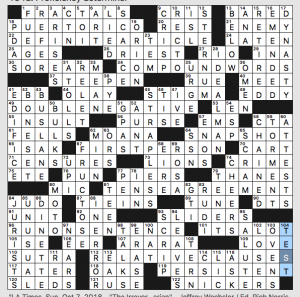