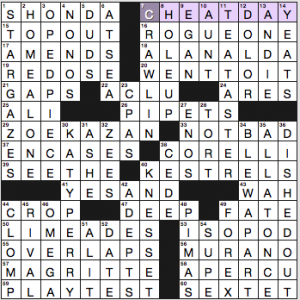 This 66-worder played like a smooth Friday puzzle, no? So much good stuff in it, too. Here’s my top 10:

I’m afraid this will have to be brief, so my apologies. I’m traveling this weekend and it’s already very late on a Friday night.

This appears to be a straightforward change-a-letter theme, from R to U, hence the title which I’m interpreting as “jokes related to an R-to-U alteration.” 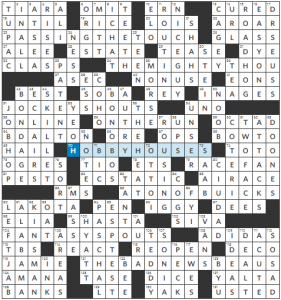 None of these tickled me too much, but there’s nothing too bad either. And if I missed some extra layer of the theme, I apologize. It’s late. 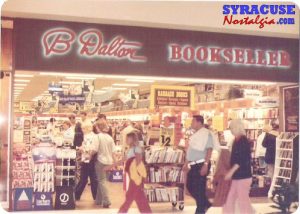 Likes: RACE FAN, BONOBOS, NICE GUY, EASY ONE, ROAD HOG, DR SEUSS, LEFT JAB, CIUDAD, TWO-FACE, and especially B. DALTON. Nice to come across that name again. That and Waldenbooks were the two big mall bookstores back in the day. For you young pups, see, they used to have these stores, whole stores(!), where you could walk in and buy books…Amazing!

Okay, that’s all from me. Nothing too thrilling, but it all works as advertised. 3.5 stars. 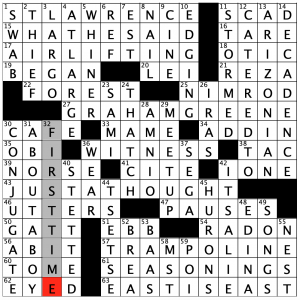 This one killed me. I am not sure why, but this one seemed much harder than a normal Saturday LAT puzzle. This is a 68-word grid, so with a word count that low it is bound to be quite wide open, and has 14 words 9 letters or longer. That also adds to the difficulty. I have said before that I don’t know Craig Stowe’s style that well, but that shouldn’t make this that hard. Maybe I just didn’t “have it” for this puzzle. Maybe I am tired. Maybe I need a vacation! Still a GREAT puzzle, with lots of fun stuff in it. I still give this 4.6 stars. Joyful agony! 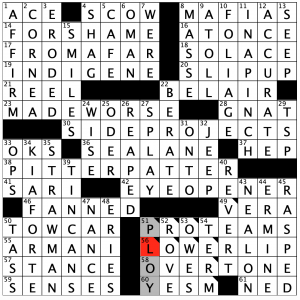 Sixteen minutes for a Longo Stumper. I will take it! This is a 68-worder this week, and I found, by far the SE corner to be a bear. I had a super slow start, got a decent toehold in the upper left, and cruised through a good portion of the puzzle in about 11 minutes, according to the timer. But then that lower corner; ouch. I will mention of few of those thorny clues in the commentary below, but suffice to say that I felt sufficiently “stumped” this week! 4.5 stars for Frank.

High points to me:

Have a great day!