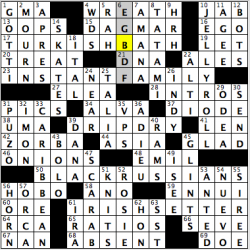 Good day, everybody! I hope you’re all doing well on this last week of November! Most people start their days with a cup of joe, and today’s crossword puzzle allows you to have a little bit of coffee while enjoying a theme dedicated to different types of coffee. Each of the five theme entries, all going across, are multiple-word entries in which the first word is also a type of coffee flavor/type. (Actually, the third theme entry is a hyphenated word.) I much prefer to have my coffee this way, in a crossword, since I do not drink coffee. I’m weird, I know…

Two entries in this grid made this one a memorable solve for me, JELLY ROLL (10D: [Pianist and early jazz innovator _____ Morton]) and DAGMAR, with the latter making me want to do a little more research on her after asking myself if “dagmar bumpers,” the car accessory on classic automobiles — and the only reason I had ever heard of the word “dagmar” before today — is named after her (15A: [Single-named sex symbol of old TV]). That is indeed the case, though, for obvious reasons, there are sexist overtones as to why it was named as such given her curvy, busty figure. But it was fascinating reading a little about her and knowing she performed with entertainers such as Frank Sinatra and Bob Hope, as well as hosted her own television show. There’s a chance a few of you saw her at the peak of her powers in the 1950s, so would love to know your memories of watching her and her routines with other entertainers. 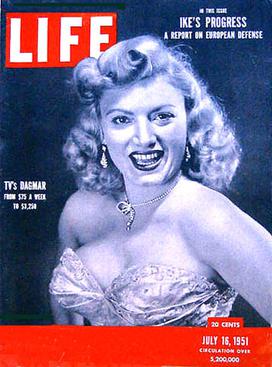 The rest of the grid was pretty crunchy as well and, if you’re already in the Christmas spirit after Thanksgiving has passed, WREATH being at the very top of the grid should have tickled your fancy (4A: [Yule door decoration]). Or, if you were in the mood for Italian mobsters, both real and fictional, there were both GOTTI (1D: “The Teflon Don” John]) and PUZO, the latter creating fictional capos (31D: [“The Godfather” author]). If anyone has a vacation in the CARIBBEAN planned soon, let me know so I can start being jealous of you (33D: [Sea whose deepest point is Cayman Trough]).

“Sports will make you smarter” moment of the day: SEVE (66A: [Golf great Ballesteros]) – So you know, though the clue, that the late Spanish golfer Seve Ballesteros is a golfing legend. Why is that the case? Ballesteros won five majors in his career — three at The Open Championship a.k.a. British Open (1979, 1984, 1988) and two at The Masters (1980, 1983) — and is the European Tour’s all-time leader in tournament wins with 50. Ballesteros passed away in 2011 after complications due to a malignant brain tumor.

Thank you very much for your time and attention, everyone! Have a great rest of your Tuesday and, as always, keep solving!

ATHOL + LATI + a weak, non-obvious (to me) theme = a Tuesday puzzle I didn’t enjoy at all. Sorry. :/ Aside from maybe one or two pieces of fill, this grid feels like it could have been written 30 years ago. A [Grueling exam] indeed. A bit of Google searching indicates this constructor might actually just be a Mike Shenk pseudonym? If that’s the case, I’m even less excited. There are excellent constructors (Erik Agard, for crying out loud!) whose puzzles are routinely turned away from WSJ … in favor of puzzles like this? 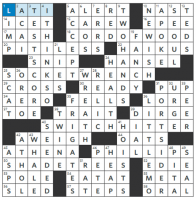 18A: CORD OF WOOD [Fireplace user’s purchase]
25A: SOCKET WRENCH [Mechanic’s tool]
40A: SWITCH HITTER [Mickey Mantle, for one]
50A: SHADE TREES [American elms, for example]

So, I think these are the themers? But I’m still not quite sure what the theme was. The title (“Lamplighters”) seems to imply maybe things that can catch fire maybe?

Oh, is it literally just that the first word of each themer is part of a lamp: CORD, SOCKET, SWITCH, SHADE? I THINK SO? That must be it, but it’s so underwhelming. If you switch SHADE out for something else, the theme could literally describe nearly any other appliance. It also didn’t help the puzzle that CORD OF WOOD feels like green paint. Two of the four themers were literally just wood/trees and SWITCH also has a branch/tree meaning. Add in the central fill (FELLS) and you get a tree parts side theme that had me confused as to what the actual theme was. (Maybe it’s a double theme puzzle? I’m still not sure.)

Things I enjoyed / #includemorewomen / #includepeopleofcolor: ICE T, ATHENA, Michelle PHILLIPS (though a dated reference), EDIE Falco, and PORTSIDER (I’d never heard this before, but it’s a fun thing to learn).

Things I did not enjoy in the slightest: LATI (when the puzzle started here, I grimaced), TWO HANDS (more green paint), [Pig in ___] A POKE??, as well as the super dated proper names: CAREW, LITTLE MO? (this is slightly redeemed because it’s a woman represented in the puzzle, but SUCH a dated reference), ATHOL Fugard?????! 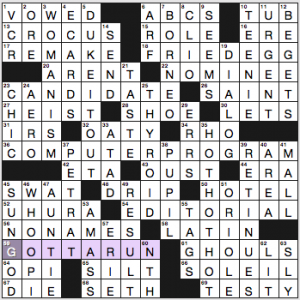 I zipped through the puzzle and had the revealer filled in via the crossings, so I never saw the theme-revealing clue: 59a. [Parting words from 18-, 23-, 36- and 54-Across?], GOTTA RUN. Each of those things will run in some fashion: 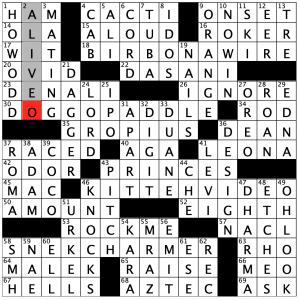 I will admit, I didn’t get this theme at first. It appears these “names” of animals are from popular internet memes:

I don’t see these things often. I must not have the right friends on my Facebook (or maybe I do!), or maybe my friends all know how to spell! I would say I am showing my age, but Matt isn’t that much younger than I am (or is he … ?). At the very least, I figured out the theme was, at the very least, misspelled animals! 4.3 stars today. 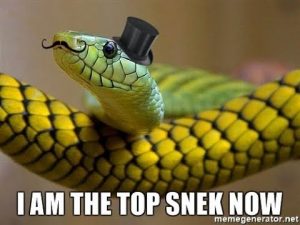 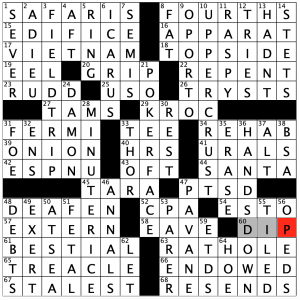 Wowie zowie. This looks like a fairly wide-open grid for a Tuesday! There are 74 words in this one, as it gets a little crowded in the middle, but it is themed, and the themers all go downward, for good reason:

Yes, we are all familiar with the terms field hand, upper hand, poker hand, and minute hand. Nicely done, and some impressive corner fill, especially given theme entry constraints. A solid 4.6 stars for this early week puzzle.