Magician and crossword constructor David Kwong will be putting on a show called “The Enigmatist” next month—part illusions, part puzzles and riddles. It’s in NYC at the High Line Hotel, Friday and Saturday nights in January. Click through to see a teaser video and buy tickets. 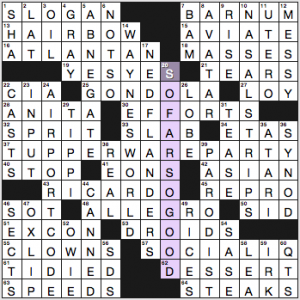 What is this, Tuesday? I’m not an Erik Agard or an Andy Kravis who is accustomed to polishing off themelesses in under 3 1/2 minutes. I’ve done a number of Ries themelesses, sure, but I wasn’t expecting to zip through.

Andrew, by the way, has several lines of puzzles now. Visit the Aries Puzzles site to check out the options. He’s taking his Rows Garden subscription weekly in 2019 … and also his freestyle/themeless puzzle subscription. Every other week, he’ll have a free cryptic crossword, too. 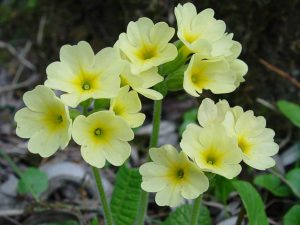 I dunno, man. This just doesn’t look like cow poop to me.

Not all the fill is “hooray!” Some of it is “meh.” Like LOY SPRIT ETAS REPRO SOT SHA LEA. But it didn’t slow me down, and Friday solvers can typically knock these off just fine.

Four stars from me. That’s an average of over 1 star per minute spent! An uncommonly high ratio for a themeless puzzle. 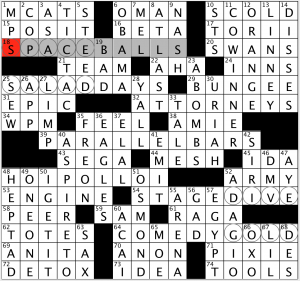 I zipped through this one! Cute concept and not-too-challenging in the Fill Department, though I got a nice workout for my brain, as befits the title.

Four kinds of BARS, placed parallel in the puzzle: the SPACE BAR on your keyboard, a SALAD BAR for lunch, a DIVE BAR for whenever it’s 5 o’clock somewhere, and a GOLD BAR that you can mail to my home address, thank you. I sure went to plenty of DIVE BARS in my SALAD DAYS; and Spaceballs — pure COMEDY GOLD! 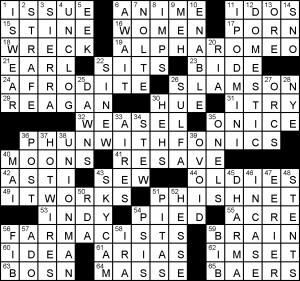 Gareth has been detained by a work commitment, and I was happy to volunteer to spell him. (H-I-M, haha.) I spent just over 13 minutes (13:05, to be precise) enjoying the cool theme here. F’s become PH’s. And vice versa:

In the non-fill arena, there are a fair amount of noteworthy items, mostly pluses:

That’s about it, folks. Very capably constructed, as smooth as it needs to be. Clued cleverly but not audaciously so. Nice, but nothing thrilling or exciting. And, for me to finish a Friday in under 15 minutes–well, it’s become clear to me that the L.A. Times “wants” to be solvable by average solvers. 2.5 stars.