I didn’t see the byline before I started solving, but by the time I sorted out the first theme answer, I knew whose it was. And if you’ve followed this blog for a while, you recognized the theme type as well.

The theme consists of four phrases whose first or last few letters comprise a word that roughly means [Shot]. Each “shot” word is separated from the main phrase by a block which you have to “jump”over to complete the phrase, hence the title. In each case, the “shot” word employs a different meaning. 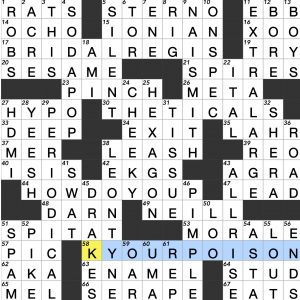 This works well. The title makes for a reasonable conceit and the usage of four different meanings for “shot” is elegant. The base phrases are all solidly in the language as well.

A lot of good fill here today. Opera buffs get LEONTYNE Price (I figured the clue [Price of opera recordings] was going for a name, but I still needed most of the crossings). Basketball fans get James NAISMITH (again, most of the crossings). On the easier side, there’s EXTRA LARGE, PERIODICAL, HEXAGON, CHEEKY, “ALL RISE,” and SODA POP which I think we saw only just last week. 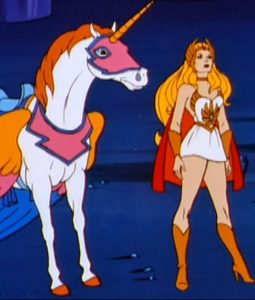 I can’t think of a more appropriate puzzle theme for the following video. Here’s the cast of Hamilton performing “My Shot” at the White House (for the previous administration, duh). 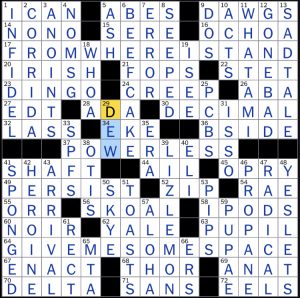 Each clue needs a little more space – it isn’t “Tome”, it’s “To me” which gets you to FROM WHERE I STAND.  Often becomes “of ten”, “Notable” becomes “not able”, and “Goon” turns into “go on”.  This doesn’t feel like the most inventive of Thursday themes to me (and I feel like I’ve seen this idea before in some other venue), but the set of theme entries used for this particular iteration is nice.

That’s it for today.  Have a great weekend!

This puzzle is available straight (PDF or AcrossLite) and diagramless. I’m not much of a diagramless solver and Peter said it was a “severe challenge” so I stuck with the AcrossLite version. If you solved it as a diagramless, please share your experience in comments!

I figured out the theme as soon as I saw the grid and I still don’t understand the title. 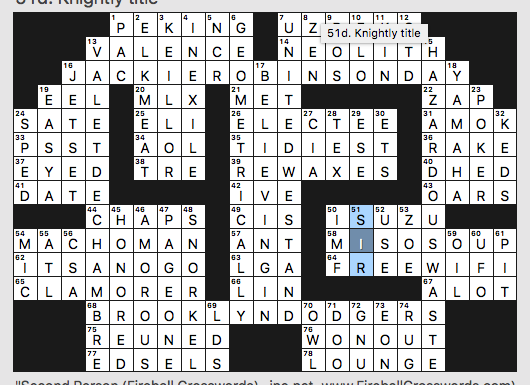 The grid itself is part of the theme. We also have:

Jackie Robinson wore #42, which has been retired throughout baseball. The last player to wear it was Mariano Rivera, who was already an established star when they retired the number and who wore 42 in homage to Robinson. Jackie Robinson Day commemorates his debut on April 15, 1947, and on that day all the players wear 42. But Jackie was the first man to break the color barrier, right? So what’s up with the title?

What I didn’t know before I did this puzzle: I’d never heard the phrase VALET DE CHAMBRE, although I know some French and figured it out. I’ve also never heard of a Morepork OWL. They are found in New Zealand. 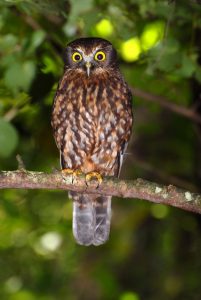 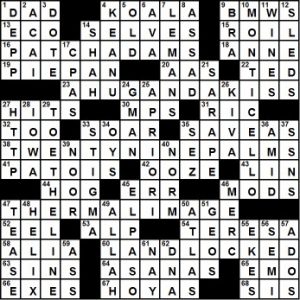 Yet again, we are dealing with a Universal need to use asterisks, rather than circles or shaded boxes. As well as the need to save space via use of the slightly inapt phrase starred answers rather than the more precise answers to starred clues. But that’s OK. The Universal Crossword is still so much better than it was you-know-when!

Let’s look at the reveal first: 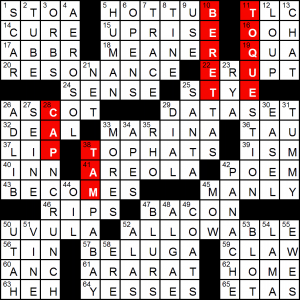 TOPHATS is the sole horizontal part of the theme, with four down answers beginning with hats. For a fairly basic theme type, this doesn’t have a lot of oomph. (CAP)NCRUNCH and (TAM)PABAY are clean, but the last two are one-word (BERET)TAS and randomly-in-the-infinitive-form (TOQUE)STION.

The rest of the grid is not exactly brimming with colourful phrases and answers: RESONANCE and ALLOWABLE are two of the longer non-theme answers, for example. We are provided with BELUGA and PANACHE. On the other hand, two endangered crossword-ese answers make an appearance: [Scandinavian rug], RYA, last in fashion ca. 1969; and [Ancient gathering place], STOA. Commit to memory if you haven’t til now. 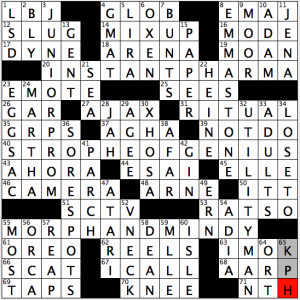 Today’s revealer is at 65d, KPH [Autobahn speed meas., or what letters are swapped in each theme answer]. Sure enough, each of the three theme answers takes a normal phrase and replaces a “K” with a “PH.” Like so:

It was lovely seeing/meeting so many of you in Stamford this past weekend! I hope to see many of you at The Indie 500 in June, and I’ll see you all back here next week!