It’s been a very long day that included a five-hour drive and a visit to my mother-in-law in the hospital, so I don’t know if this is really harder than recent FB themelesses have been or if I’m just really tired. Well, I am really tired, but this may also be a hard puzzle.

1a [Over-the-shoulder holders] brought to mind the middle-school chant of “over the shoulder boulder holders” but BRAS didn’t fit. That’s because the answer is BRA STRAPS. So glad to know middle-school humor is still alive and well.

Are there really a variety of LACINGS, also know as [Sneaker-tying styles]?

I was really hoping that 14d [House title] was MS SPEAKER but nope! It’s MR SPEAKER.

24d [Present for presenters] is SWAG BAG. I thought those were for everyone at fancy events, like goodie bags at kiddie birthday parties. 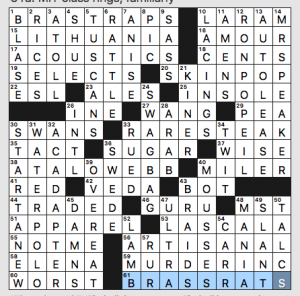 What I didn’t know before I did this puzzle: oh, so many things, which may be why I found it tough going. I didn’t know that LITHUANIA won three straight Olympic bronze medals in basketball starting in 1992, or that the musical SUGAR was based on “Some Like It Hot,” or that ELENA is the Disney princess of Avalor (or that there even is a Disney princess of Avalor) and I did not know that MIT class rings are called BRASS RATS.

Theme: Each theme answer has an ORB added in. 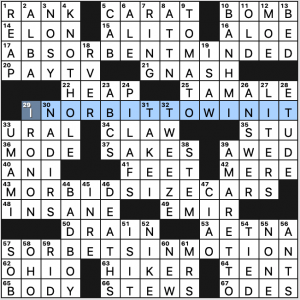 What I tend to dislike most about add-some-letters themes is that there’s often no apparent reason why the letters are added. Here the title provides just enough of a conceit for the theme that I’m satisfied. I wonder of Evan considered an alternative title of “Having a Ball”.

Fine fill in KNOTHOLE, AMARETTO, BAD BOY, and TWEEZE. That BÁNH MÌ/TAMALE/TOMATO section was tough mostly because of cluing but also because if BÁNH MÌ [Vietnamese sandwich] was in my brain at all, it was buried way deep down. But I think it’s definitely fair game and interesting fill to boot. 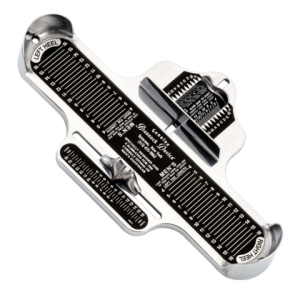 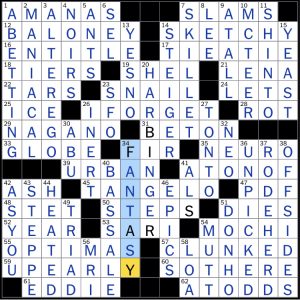 It’s not great when the reaction you get to solving the Thursday puzzle and realizing what its theme is is “that’s it?“.  This Thursday’s NYTXW needed a little oomph or something more than what it held:

The revealer on this puzzle felt underbaked – OFF SIDES works great in a cryptic clue to tell me that I want to take the edges off of a word, but seeing it in the grid didn’t trigger that I needed to ignore the first and last letters of the fill for those six clues to have it make sense.  After the fact, it’s very clear that the answers to those six clues are ALONE, KETCH, FORGE, ANGEL, PEARL, and OTHER, but this didn’t do it for me. 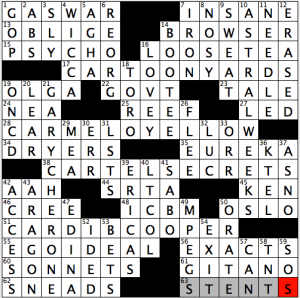 Today’s theme is adding CAR to the front of phrases, changing the spelling but keeping the phrases phonetically intact, to punny effect:

I liked the theme. This one had a lot of music trivia, even for a BEQ puzzle. Besides the three music-based themers, we also had the two long downs ASTRAL WEEKS [Van Morrison album regularly included in all-time best lists] and GARY CHERONE [Van Halen singer after Sammy Hagar], plus the bonus answers ON CD and K-TEL. Unrelatedly, we also get an F-bomb in the clue for 30d, ERR [F*** up] (censored for all our young adult readers).

41d, SABO [One-named conservative street artist] was new to me, and I can’t say I enjoyed learning about him. A couple awkward plurals in ERICAS and SNEADS, a few unlovely entries like ON CD and AS NO and AGHA, and I didn’t love seeing INSANE and PSYCHO. 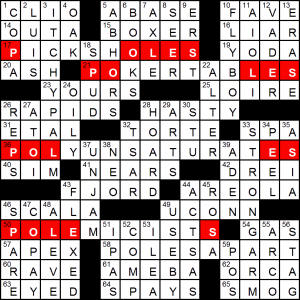 Today is another common theme trope. A word bookends four long theme answers. The word is POLES and it is indicated at POLESAPART. The choice to include the plural ‘s’ of POLES in the theme is an odd one, and makes the rest of the themers all rather ungainly, except perhaps PICKSHOLES. It is worth noting that the four entries follow a pattern P/OLES, PO/LES, POL/ES, POLE/S. Of our themers, two are long single words: POLEMICISTS and spanning answer POLYUNSATURATES. POKERTABLES rounds out the set.

Not too many answers to note today: