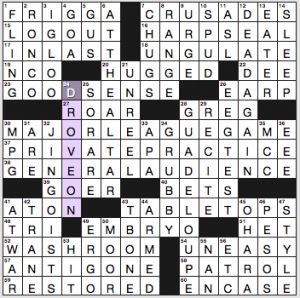 It’s late, my head hurts, three things and I’m out: 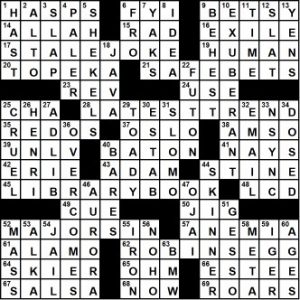 So, what Wren has going on here is signaled by the traditional wedding “Something old, something new” poem having its presence in the clues. As in:

Sweet! A couple more nice ILSA’s in the Across field:

Among the Downs, we find 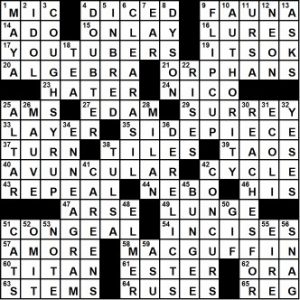 For a second Friday in a row, the New Yorker was comparatively easy-breezy for me–just over twelve minutes, though I did finish with one mistake. And I really liked the puzzle except for one clue. I will be interested to see if others weigh in on it. Here are the highlights of my solve:

I count only seven ILSA’s in the fill. That’s a low number, comparatively, for enjoyable themeless puzzles. But, other than the one clue, I really enjoyed, and learned a lot from, Aimee’s puzzle. 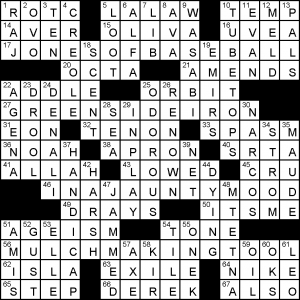 I have never understood clue reversal themes, especially naked ones. So today, we have four ways to define [Chipper]. I am familiar with the (wood-)chipper that makes mulch, and the quaint adjective meaning INAJAUNTYMOOD. And then apparently there is a JONESOFBASEBALL and a GREENSIDEIRON. The latter seems to be a non-standard club that is mostly banned.