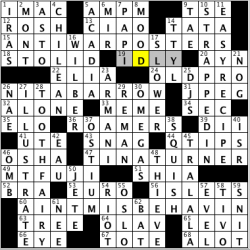 Crossword Nation puzzle solution, Week 435: “In the Beginning…There Was a Mix-up!”

Hello there, everyone! Here is hoping that you are well today and enjoying a pumpkin-spiced something or other on the first day of the new month!

Today’s puzzle is fun with anagrams, as the four theme entries start with the same four letters, but all in a different order. The final theme entry on the bottom also lets us in on the theme…and is an awesome to bop your head to!

I can definitely see the intersection of NITA BARROW and WILBER being a spot of bother for those not familiar with either, as Wilder/Darrow could have been feasible to some (16D: [“Integral Psychology” author Ken]). Those long down non-theme entries were more than juicy, with TOOTH FAIRY probably standing out to be more than the rest (28D: [Overnight visitor who leaves money under a kid’s pillow]). I’m certain that today was the first crossword that I’ve ever solved in which OSTIUM was featured (37D: [Coronary artery opening, for one]). Well, more than likely, you’ll hear a whole lot more about the OMB given recent events and, by “events,” I mean an alleged political extortion attempt in an alleged quid pro quo situation (46D: [Govt. spending monitor]). By the way, so glad to hear about the improved health of David Ortiz, a.k.a. Big PAPI, after he was shot and seriously wounded in the Dominican Republic back in June (7D: [Baseball’s David Ortiz, aka “Big ____”]).

“Sports will make you smarter” moment of the day: SEC (34A: [“Hold on a ___!”]) – One of the most influential blocs in sports, the Southeastern Conference, or SEC for short, is an athletic conference initially formed in December of 1932 consisting of colleges and universities located in the southeastern portion of the United States. Charter institutions that are still a member to this day include Alabama, Auburn, Florida, Georgia, Kentucky, LSU, Mississippi, Mississippi State, Tennessee and Vanderbilt. Shortly after admitting Arkansas and South Carolina in 1991, the SEC split into two divisions (East and West) and created the first conference championship football game, a neutral-site contest that generated additional revenue in the conference and has been emulated by many other conferences since. 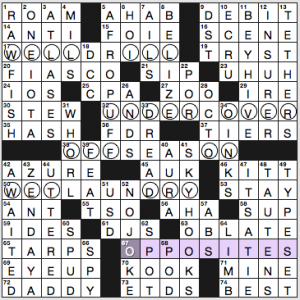 Cool theme. The 67a. OPPOSITES revealer is clued [They usually attract (not in this puzzle, though)], and the other four themers are words or phrases that happen to begin and end with words that are opposites: 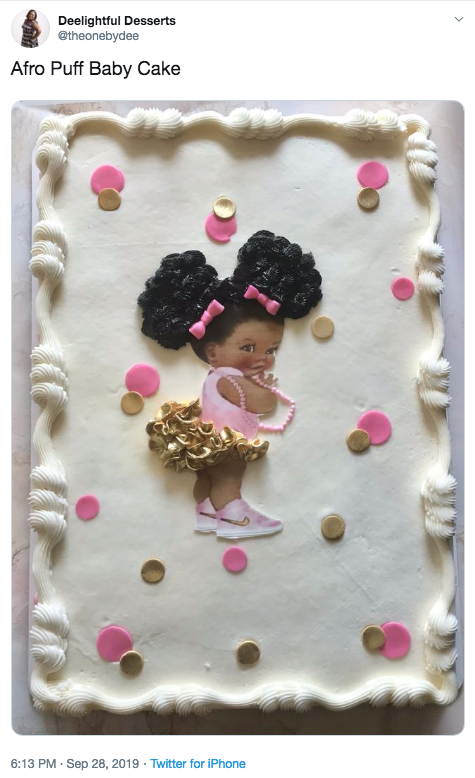 WELL DRILL is the only themer in which that first word doesn’t carry the same meaning. Slight inelegance. Can you think of other pairs of opposites that might replace it in the theme set, though? Nothing’s coming to mind for me.

I enjoyed the nonthematic parts of the puzzle, much of which would be good in a themeless puzzle and thus is wildly unexpected in a Tuesday grid. The BEYHIVE! ZENDAYA! AFRO PUFF! SKY HOOKS! Bonus points for those entries also spotlighting Blackness and Black excellence. Overall the fill’s smooth and Tuesday-accessible, though OBLATE is a bit of a high-end vocab word.

L’Shanah Tovah to all who celebrate! Quick review from me tonight in quite the musical puzzle: 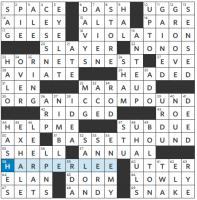 18A: VIOLATION [It can be moving]
23A: HORNETS NEST [Troublesome situation]
35A: ORGANIC COMPOUND [It’s carbonated, in a way]
51A: BASSET HOUND [Long-eared pooch]
58A: HARPER LEE [Creator of Atticus Finch]

Each of the theme entries starts with a “Lead Instrument”: viola, horn, organ, bass, and harp. Not bad! I genuinely don’t think I would have sussed out ORGANIC COMPOUND so early with its tricky clue, but this is one of the few times where my PhD in organic chemistry comes in handy when solving crosswords! For those who scratched their head at that clue, some organic (carbon-based) compounds have carbonate groups (a carbon double bonded to an oxygen and single bonded to another oxygen) as part of their structures. Tough clue for non-scientists on a Tuesday!

Only EVE and Buffy the Vampire SLAYER represent for the women in today’s grid. Otherwise, the puzzle was largely straightforward for me, aside from bits like MARAUD and SNERD, which had me stuck for a bit. 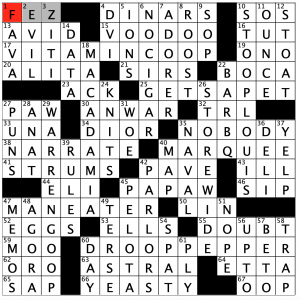 This is another Jonesin’ puzzle the evokes quite an interesting brainstorming session. Can you come up with other examples?

Clever! And funny to boot! Warren G is a rapper from the 90s, if you were wondering where that last one came from. A pop culture reference from Matt that I actually know!!