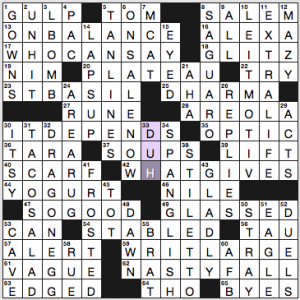 The general vibe here was “lots of 2- or 3-word entries that didn’t do anything for me”—ON BALANCE, WHO CAN SAY, IT DEPENDS, WHAT GIVES, SO GOOD, LAPS UP, ON SALE NOW (doesn’t feel like a good entry to me). Now, I did like DRAGON EGG, SPANGLISH, STILETTO, and WRIT LARGE, but they were overshadowed by the first set of entries, and shorter stuff like UNHIT and MAZY, sort of oddball word inflections. GLASSED and STABLED, not as interesting as the -EDless forms of the words. Overall, I didn’t have much fun, or much brain-wrecking challenge, while working this puzzle.

It feels like I’ve done a lot of DAB’s puzzles lately. I usually like them and this one was no exception. The theme is more complex than I originally thought. I wouldn’t have figured it out without the revealer: 37a [Source of the fairy-tale sequence that creates four long puzzle puns], GIANT. Think about what the giant said in Jack and the Beanstalk. 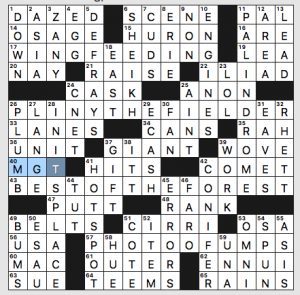 The giant said “Fee, fi, fo, fum…” and each of those is added to a base phrase in order going down the grid. A complex theme and construction that was fun to solve. Nice!

What I didn’t know before I did this puzzle: see above re: Best of the Rest. I also did not know that Jessica LANGE won an Oscar for “Blue Sky.”

This was a nice way to ease into Friday: not too hard, very smooth, enjoyable. Just like this cup of coffee.

Each theme answer starts with an honorific used for women. 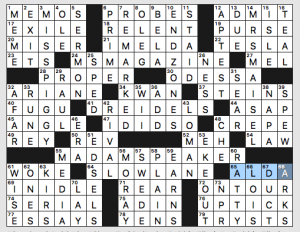 The Inkubator doesn’t shy away from variations in grid size. This one is rectangular: 18×14. It’s an interesting change. I liked this puzzle a lot.

What I didn’t know before I did this puzzle: that there’s a European rocket called ARIANE.

THEME: Things are heating up in this puzzle – something that burns hidden backwards in each theme answer. 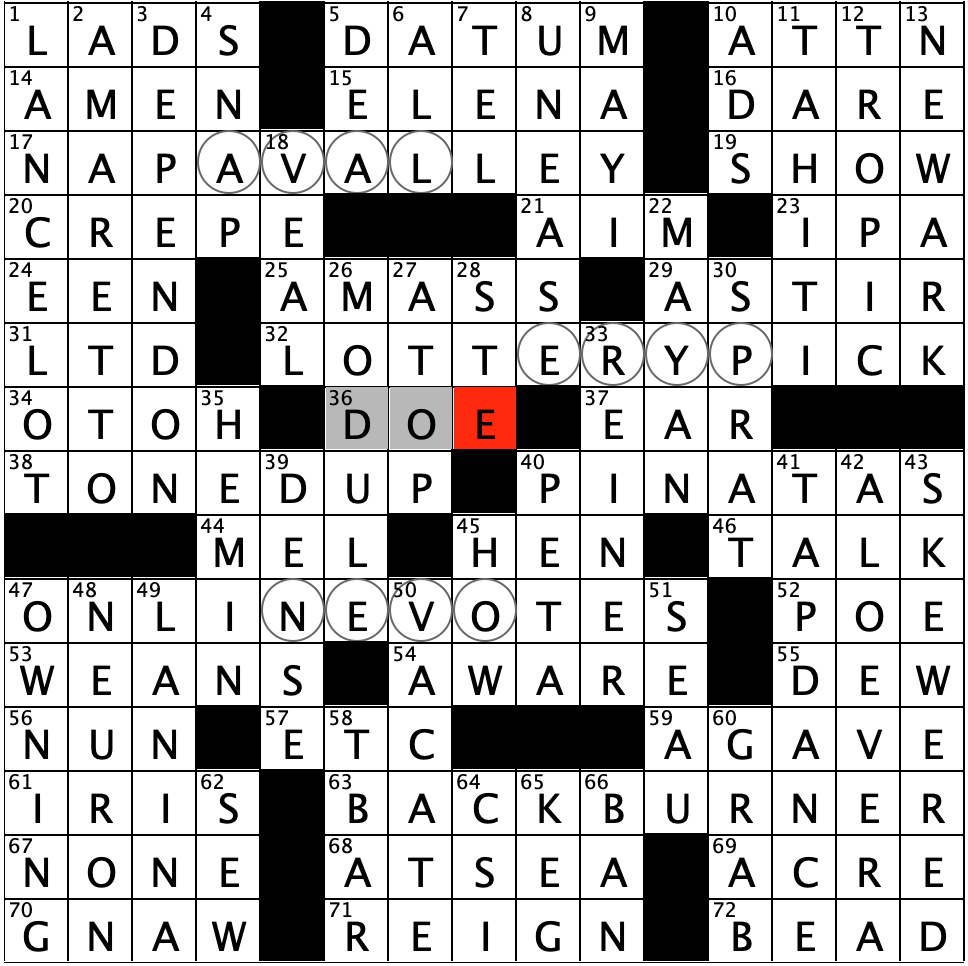 Really clever theme today, with a perfect revealer. This is another example of a puzzle that I wish was larger so that I could have more answers to discover. Looking at the answers, my ONLINE VOTES feels the least exciting, but the fantastic clue there [*They’re web-cast] makes up for it.

I’m always a fan of interesting grid designs and this one definitely worked for the puzzle and gave us four really strong corners. LANCELOT, AMARETTO, and DEPEND ON right out of the gate made for a great start to the puzzle, and it’s opposite corner, TAP DANCE, ALOE VERA, and SKEWERED lived up to its counterpart. Weaving through the grid with so much excellent fill and a really fun theme made for a super smooth and very enjoyable solve – great puzzle overall.

I’m writing this review from the back row of a plenary session at a bioethics conference, so I’m gonna be quick! I tend to love Natan’s puzzles, and this one was no exception. There were a few entries I adored and a couple that didn’t do much for me, but the cluing was (as usual) exceptional across the board. 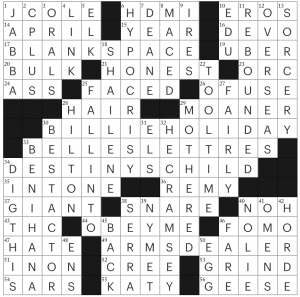 Some tough spots (for me):

Overall, a solid and fresh puzzle from Natan, as usual. Many stars from me. 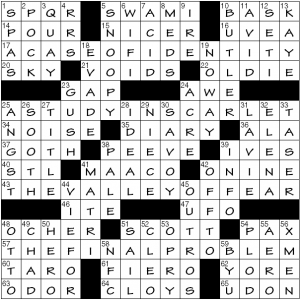 Playing off the familiar (but not appearing in the books—it’s a latter-day product) Sherlock Holmes line, “Elementary, my dear Watson”, we get a lesson plan of four titles, each conveniently of the crossword-friendly 15 letter length. To be fair to the crossword’s title, Conan Doyle had his protagonist say elementary quite a bit, just not that iconic phrase verbatim.

So it seems to be merely a list of a few titles in a category, nothing more—no sequence, no additional theme, no deep educative quality. All fine but I daresay elementary (ooh, meta!).

Possibly theme-adjacent: 35a [Dear one?] DIARY, 10d [Character in many drawing-room mysteries] BUTLER, 33d [Law-enforcement shocker] is the often gruesome TASER, not a twist ending (unless you count writhing and twisting on the ground, plus occasional deaths). 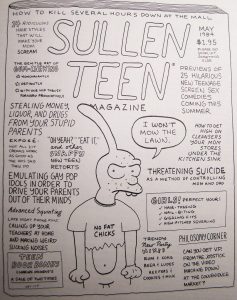 How does ANGST not appear anywhere on this cover? 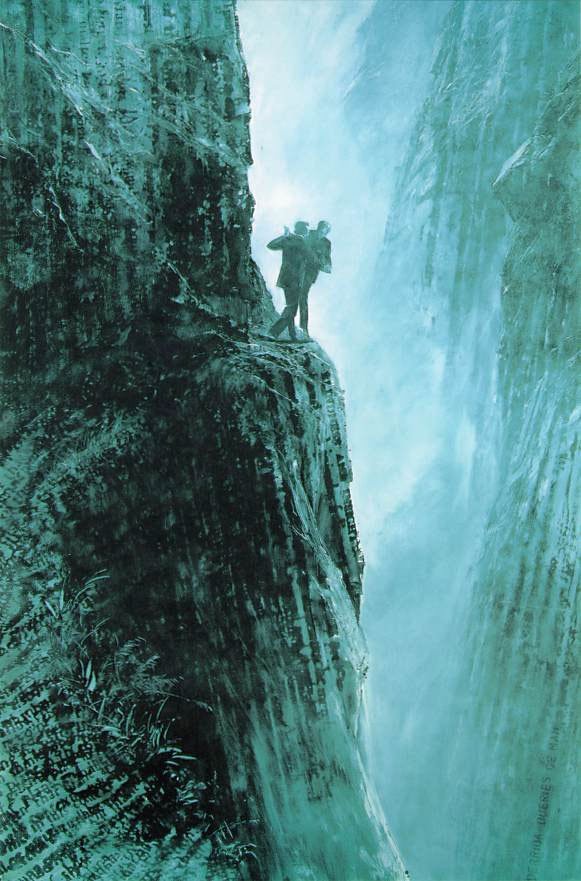