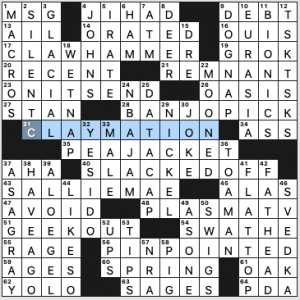 Proper Fridayish level of difficulty and a modicum of zippy fill to start the weekend off right.

Fave fill: GEEK OUT (How do I geek out? Let me count the ways … there are at least five regular avenues for me), BANJO PICK, CLAYMATION, SLACKED OFF (best combined with geeking out), DOGNAP (which feels like it isn’t at all a dupe of WETNAP), BIONICS, TSK TSKS, and FLAT TOP. SVEDKA vodka feels fresh, too.

Let’s take a peek at the Bechdel stats for this puzzle. We’ve got little in the way of people’s names in the grid. The only straight-white-man action is ASA GRAY along with clues containing Aesop, Dylan Thomas, Eminem, and Darwin. There are no specific women in the puzzle at all, just a mention of Moms Demand Action (which was founded by a woman named Shannon Watts, but the group isn’t just women).

I was really into this puzzle until I finished it, was told I had an error, and spent two more minutes figuring out what it was. Turns out, in the world of this puzzle, the person who would say “thx” in a text would also say “PLS” instead of the far-more-logical “plz” (if the final letter of thx is one that isn’t actually in the word “thanks,” surely that is an indication that the final letter of the short form of “please” should also change!).  And since PLS crosses an abbreviation of “tons,” I rationalized PLz/TNz as an abbreviation I just didn’t know…because it’s only one letter shorter than the full word “tons,” so whyyyy would you abbreviate it? And if you must abbreviate it, why not stick a Z at the end for lolz? 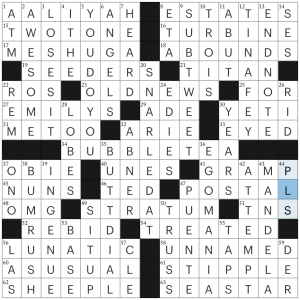 This is mostly meaningless grouching about my own solving experience— the rest of the puzzle was great, and this one square, while problematic for the aforementioned reasons, did not tank the otherwise mostly exciting grid (although the fill, in many cases, was a bit worse for the wear).

Overall, the fresh entires outweighed the less than sparkling short fill. Not my favorite puzzle of the week, but still entertaining and fun to solve. Several stars from me.

P.S. In other New Yorker puzzle news, congrats to Liz Maynes-Aminzade on becoming the Puzzles and Games editor!

Big news from @newyorker: Liz Maynes-Aminzade becomes our first-ever Puzzles and Games Editor. Memo from Remnick and me below. pic.twitter.com/IVZCk61iPM

THEME: Nine answers in today’s grid are clued as descriptors of their final characters 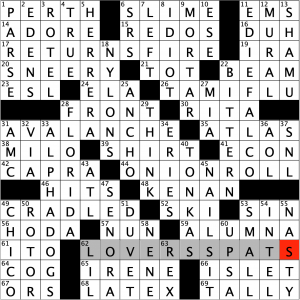 A Zhouqin Burnikel puzzle for The Inkubator? I loved this – no surprise there. This theme is a lot of fun, and breaks the mold we normally see in puzzles by having the theme answers scattered around shorter words, rather the the longest answers in the puzzle. They all work so well both as answers we’d see without this theme, and as answers that fit this theme really well.

The long answers, while not part of the theme – are also quite lovely, LOVERS SPATS, ONION ROLL, TAMIFLU, ALPHA DOGS, RETURNS FIRE, and AVALANCHE, among others, made solving this feel a lot like a fun themeless – with the added bonus of a really clever theme.

Nothing makes me happier than full names of people who make regular appearances with their first or last so I was thrilled to see EDIE FALCO. 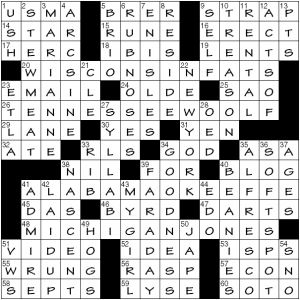 Aside from starting off on the wrong foot regarding the theme, this was a very quick and smooth solve.

People with US states as part of their names, but ‘shifted’ geographically: 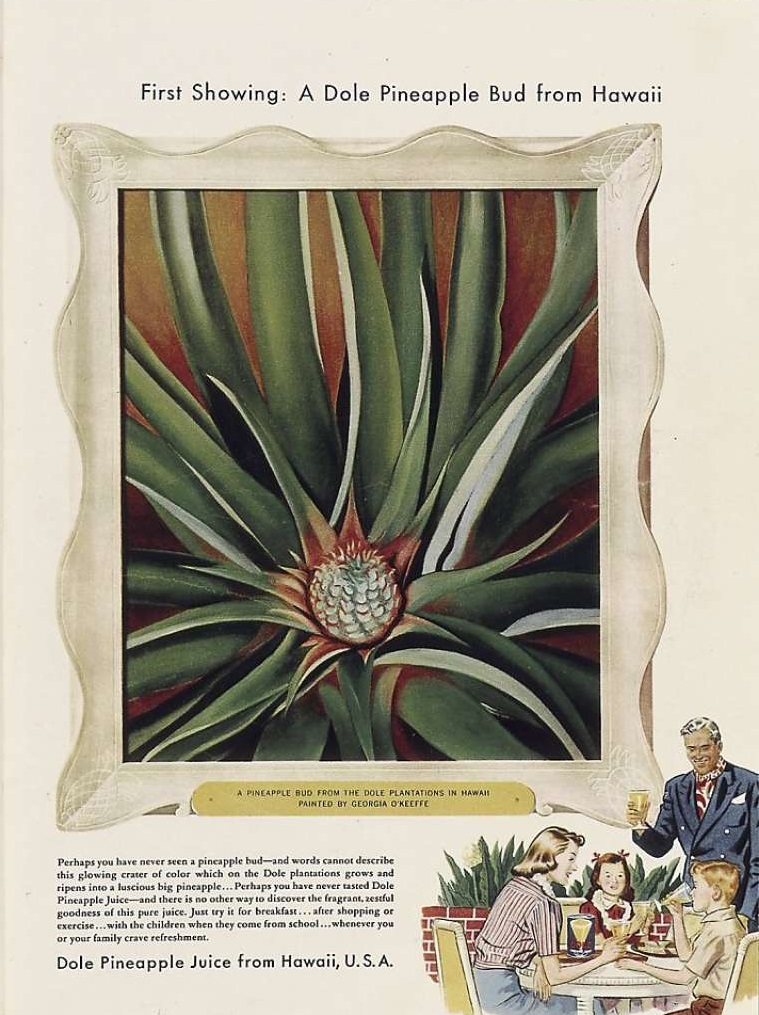 Would have preferred to not see another state appearing as a non-theme entry: 22d [1 Across setting] NEW YORK (1a [Sch. with many cadets] USMA aka West Point.

Wrongfooting: Firstly, hadn’t looked at the title. Secondly, with just the right amount of crossings in 20-across—namely, S-C-O-N—seeing ‘billiards legend’ and disregarding ”heading east’ I reflexively plunked in the great Willie MOSCONI and that was quite incorrect.

Back to the theme. All famous people, all four cardinal directions represented. Solid.

Was mildly distracted by how a couple of the relocated states could be part of others’ names: playwright TENNESSEE Williams, cartoon songster MICHIGAN J Frog.

I give this puzzle a B. Actually, it gives us a B – more than one. There’s a B added to a base phrase to form each theme entry. 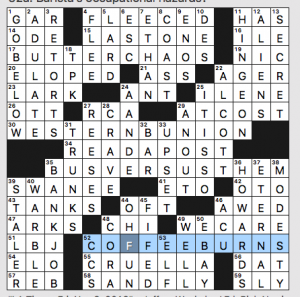 I don’t like the inconsistency; other than that, it’s a fine theme.

What I didn’t know before I did this puzzle: that George Gershwin wrote SWANEE River; I always thought it was Stephen Foster.