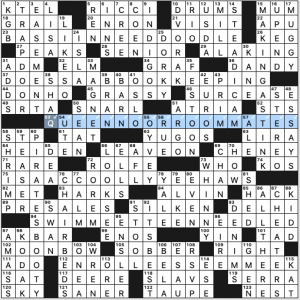 The theme is not particularly amusing phrases made up to include six sets of double letters in a row:

So I didn’t enjoy the theme, and most of the fill was just okay (plural INDIGOS, some dated references, LEAVE ON, SOBBER, ENOS ESAU ESE, etc.).

Likes: OY VEY, FESTOON, MAKING A STINK, tasty PIRATE’S BOOTY (I will never forget the way I heard a woman from Belize pronounce Veggie Booty, the green version of this snack), STEADICAM.

2.9 stars from me. I’d have liked more zippiness in the fill and clues to offset the theme’s flatness, but Sunday puzzles all too often fall short on the “really fun fill” front.

What’s in a name? Well, someone else’s name if this puzzle is any indication…

THEME: The first names of famous people are scrambled to create an alternate identity 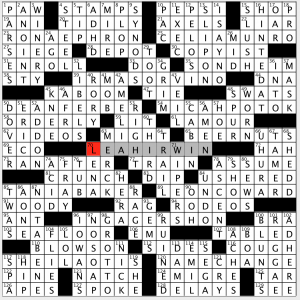 This one played very difficult for me in comparison with most WaPos. It was difficult for me to find a solid foothold anywhere, and it felt proper noun heavy. I was actually surprised when Mr. Happy Pencil appeared some twenty minutes after I started, being that I lacked confidence throughout most of the solve. Nearly everything felt “on the tip of my tongue” and just out of reach.

Grokked the theme with NOEL/LEON COWARD, but that was the only theme answer I was truly confident with (perhaps ALICE/CELIA MUNRO too…). Still, it’s a testament to the construction that I was able to figure everything out, and there’s nothing wrong with a puzzling puzzle, right?

TOUGH STUFF (for me):

The SE corner made me laugh. It’s totally stoned:

The clue for NAME CHANGE seemed a bit unwieldy, but as soon as I saw the length of the clue, I had a feeling it was essentially asking me to check out first letters of themes. A Birnholzian staple.

Can’t say it was my favorite one, but the challenge was welcome.

Splendor, in 93D’s clue, turns out to be a board game. Sounds interesting!

I leave you with this SNL skit about people trying to legally change their names.

THEME: The first word of each answers has no “less” 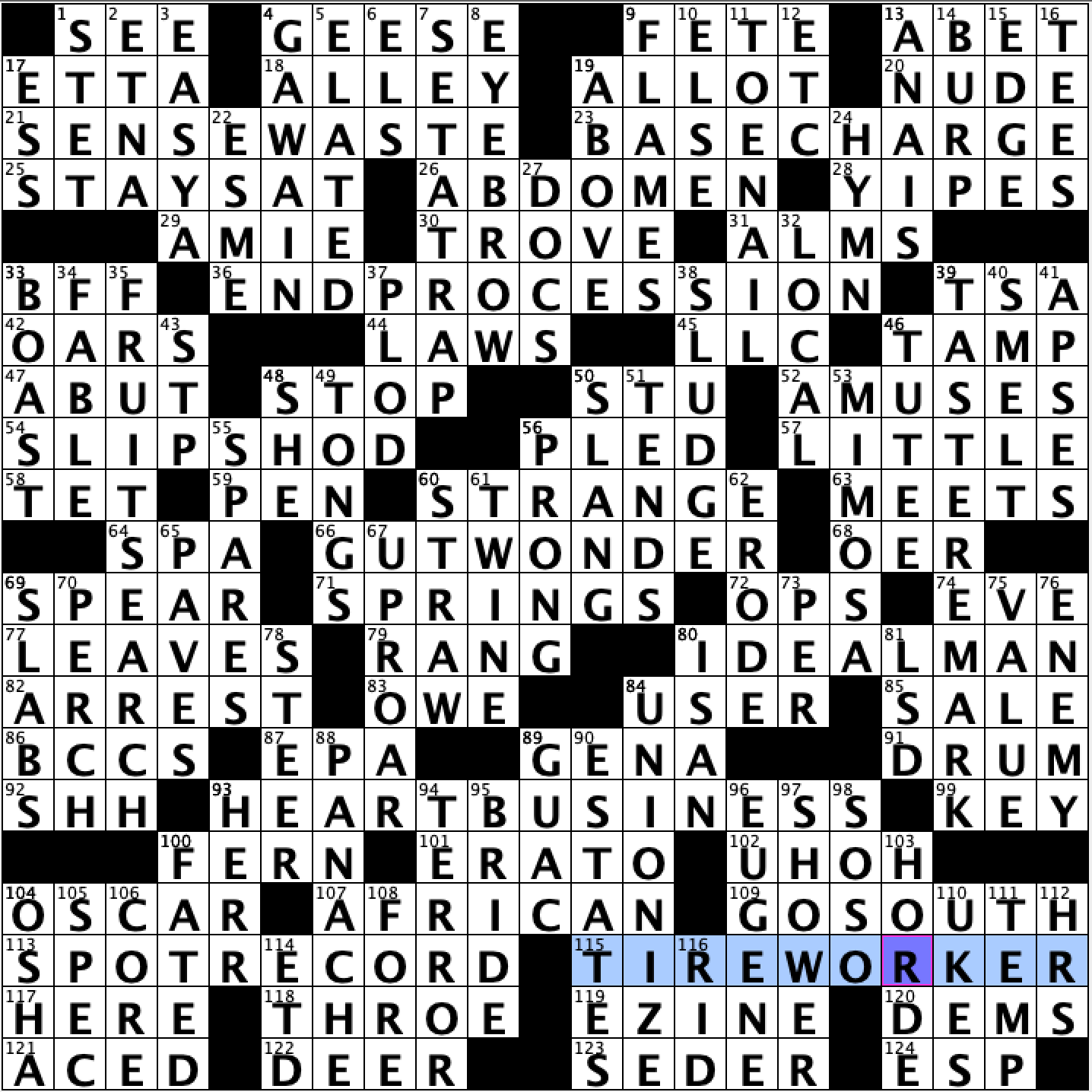 This puzzle is clever but is another example of something that needed a revealer. I think if “No Less” had been somewhere in the grid, rather than the title I may have gotten there with this theme, but some of the base phrases don’t feel legitimate enough for me to have seen this clearly without that indicator. That said, this theme did make for some very entertaining clues – the best for me going to SPOT RECORD [Entry in the Guinness World Leopards book?], TASTE REMARK [“I think this soup needs more seasoning,” for one?], and FRUIT SEARCH [Pursuit of healthy gift basket ingredients?].

I did really enjoy this solve overall – just wish the puzzle had given me the AHA moment to bring it together. 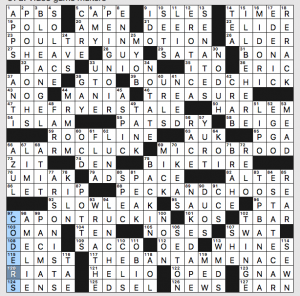 This was fun to solve and all the themers are solid. Happy Sunday!

What I didn’t know before I did this crossword: that Bela Lugosi was buried in a CAPE.