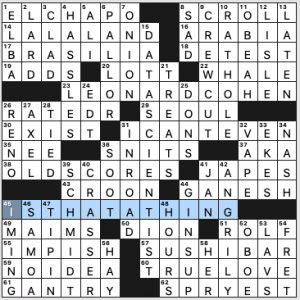 Hey, I liked this puzzle! So much fun fill. “IS THAT A THING?” is a thing I do actually say (sometimes right here on the blog, when there’s an entry of questionable crossword merit). And the answer to that question, for my favorite entries here, is “yes, that is a thing”: EL CHAPO, LEONARD COHEN, “I CAN’T EVEN,” OLD SCORES to settle, GANESH, SUSHI BAR, TRUE LOVE, my winter PALLOR, DATA SCIENTIST, GINS UP, CREWCUT, and VAPE.

What I didn’t like: Who really uses LATEN? I do not. “It’s getting late.” (Who really uses OBEAH? People whom you shouldn’t let hear you suggesting the word is illegitimate.)

I maintain that I have the best and the trickiest review job here at Fiend. The best because these puzzles are so. damn. good. and I always, without fail, enjoy solving them. The most challenging because how many ways are there to say “this is an excellent puzzle!!!”? I’ve only been reviewing the New Yorker crosswords for a few months, but I think I may be running out, in no small part thanks to puzzles like this one from Patrick Berry. This is an excellent puzzle!!! 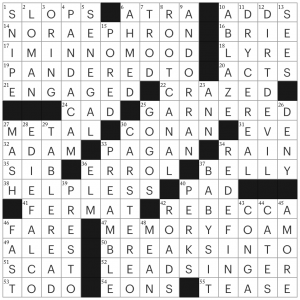 My favorite entry was I’M IN NO MOOD, which is 100% something I say when I’m cranky. I love the colloquialisms in the New Yorker puzzles, and this entry exemplifies why they’re so fun. It’s informal and in-the-language but also has such a clear definition (“Cut that out, right now!”). Lovely.

Other entries I enjoyed:

The cluing, as one might expect, was also universally excellent. I especially appreciated the clever clues for longer entries:

Overall, This is an excellent puzzle!!!™ Lots of stars from me.

I enjoyed this theme. It’s not Friday-tough, but then it’s not the NYT. Each theme clue is a kind of line, and the answers are not what you’d expect. 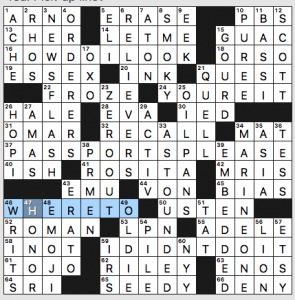 The wordplay is more in the clues than the answers, which is different and fun, and all the phrases are solidly in the language. Nice!

What I didn’t know before I did this puzzle: that Time magazine dubbed Sonny and CHER the “It” couple of rock music in the 1960s. Last night this song popped up on a playlist curated by a friend of ours. 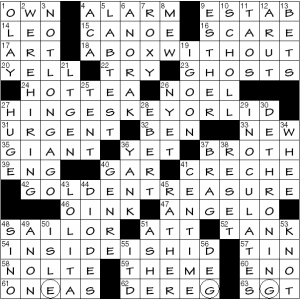 And then, irregularly across the bottom row, the circled squares spell EGG.

As riddles go, this one is all right I guess. “Box” is overly misleading, if you ask me. But the title is excellent. 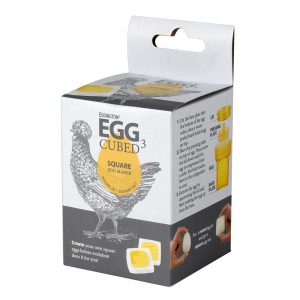 Let’s have a look around the rest of the crossword.

THEME: A quartet of the stringed objects make up the theme answers in this grid 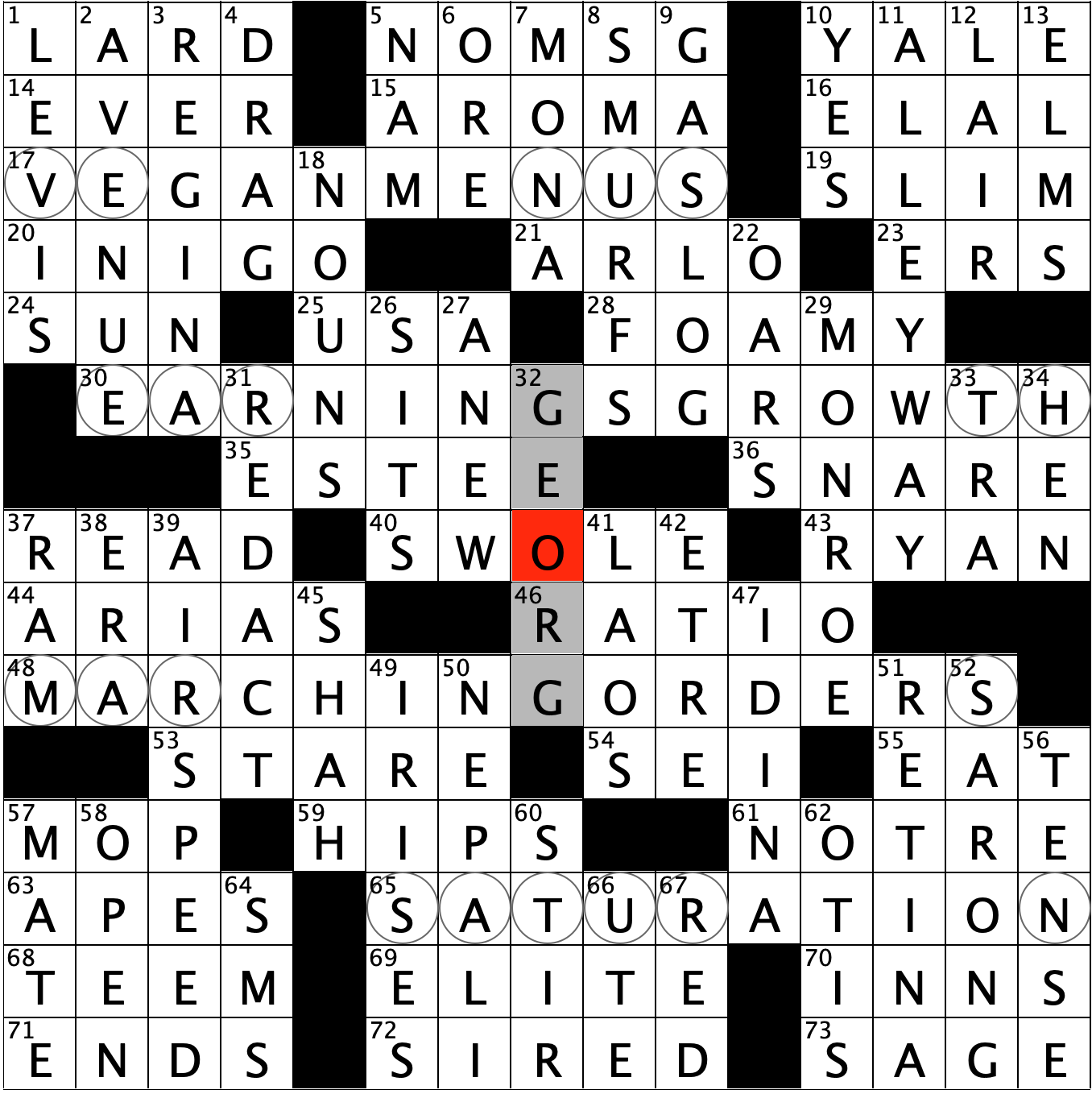 I adored this puzzle. When finished, I found myself wondering why this wasn’t a Sunday size with all the planets just so I could have been solving it for longer. The planet choices felt a bit arbitrary (if I’m wrong and there is a was a reason I’m missing – do tell). The Outer Planets start at Jupiter, which is acknowledged in the SATURATION clue, so if I wanted to be nit-picky, I’d say those would be the planets to use here – but the solve was so enjoyable I refuse to let astronomic details get in the way.

Excellent clues for SMURFS [Characters who are blue in the face?] and AIRSPEED [The going rate for planes?]. Also fun to see non-sunflower flowers clued for Van Gogh, with IRISES.

In examples of why we can’t have nice things – seeing the MONA Lisa in this grid made me think of this article.

Other entries I loved included IDINA, INIGO, SWOLE, REDACT and SARONG. So much good fill here, and a great grid design that really upped the fun factor in this puzzle.

The only clue I took issue with was the one for GEORG [Solti or Ohm], because to be me there is only one GEORG who matters: