This sound-changing theme is proof that, even though you may have seen this type of theme many times before, if it’s executed professionally and with humor, it can be a winner.

The title is our hint that long-E sounds are being changed to short-I sounds. 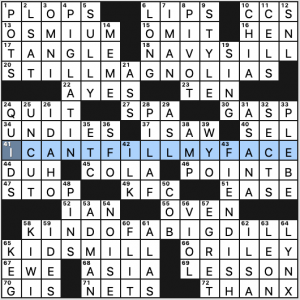 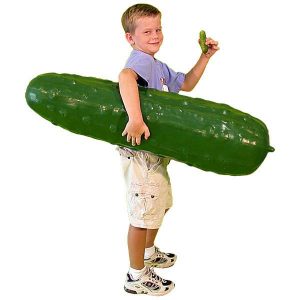 I almost wish the first and last ones were lopped off and we were left with those strongest three in the middle.

Interesting how Sam chose to stack the outer pairs of theme answers instead of placing the 14-letter entries in rows 5 and 11 respectively. It’s nice when stacking works out; it all depends on the letters in play. The stickiest pair of letters is the D and M in 53d which became the not-great-but-not-uncommon AD MAN. A small price to pay for allowing even more space between the central themer and the outer ones.

Maybe it’s due to this that we get fun entries like PIG LATIN and FIENDISH, which of course warms a special place here in our hearts at the Fiend. (Sam is a former blogger here and he compiles the annual Orca Awards…which should be coming up pretty soon.) Other goodies: UNDIES, PILAF, and POINT B.

I don’t know OSMIUM [Densest naturally occurring element], though I must have heard of it somewhere nor QUIDS clued as [Lumps of chewing tobacco]. I don’t think you can pluralize a British quid, hence we get the tobacco clue. You could put a cheater square at that S and change PLEBE to TEAT (for example) at 33d. But there are already other cheater squares in the grid. 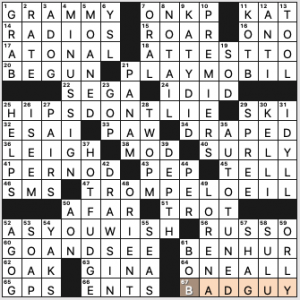 So I haven’t done Francis’s AV Club puzzle from last week, but I heard good things (and you can buy it for $1 if you’re not a subscriber). His NYT theme is a sneaky one, which I didn’t piece together till I reached the second revealer. Here’s the whole theme:

Neat theme, certainly unexpectedly topical. (The Grammy ceremony was less than a month ago.) Interesting approach, to split her name into 3-letter chunks and hide them at the end of lively long themers.

Eilish, if you don’t know, is the 18-year-old singer with (currently) green hair who sang “Yesterday” during the In Memoriam segment at the Oscars this month. (She was accompanied by her brother Finneas on piano.) 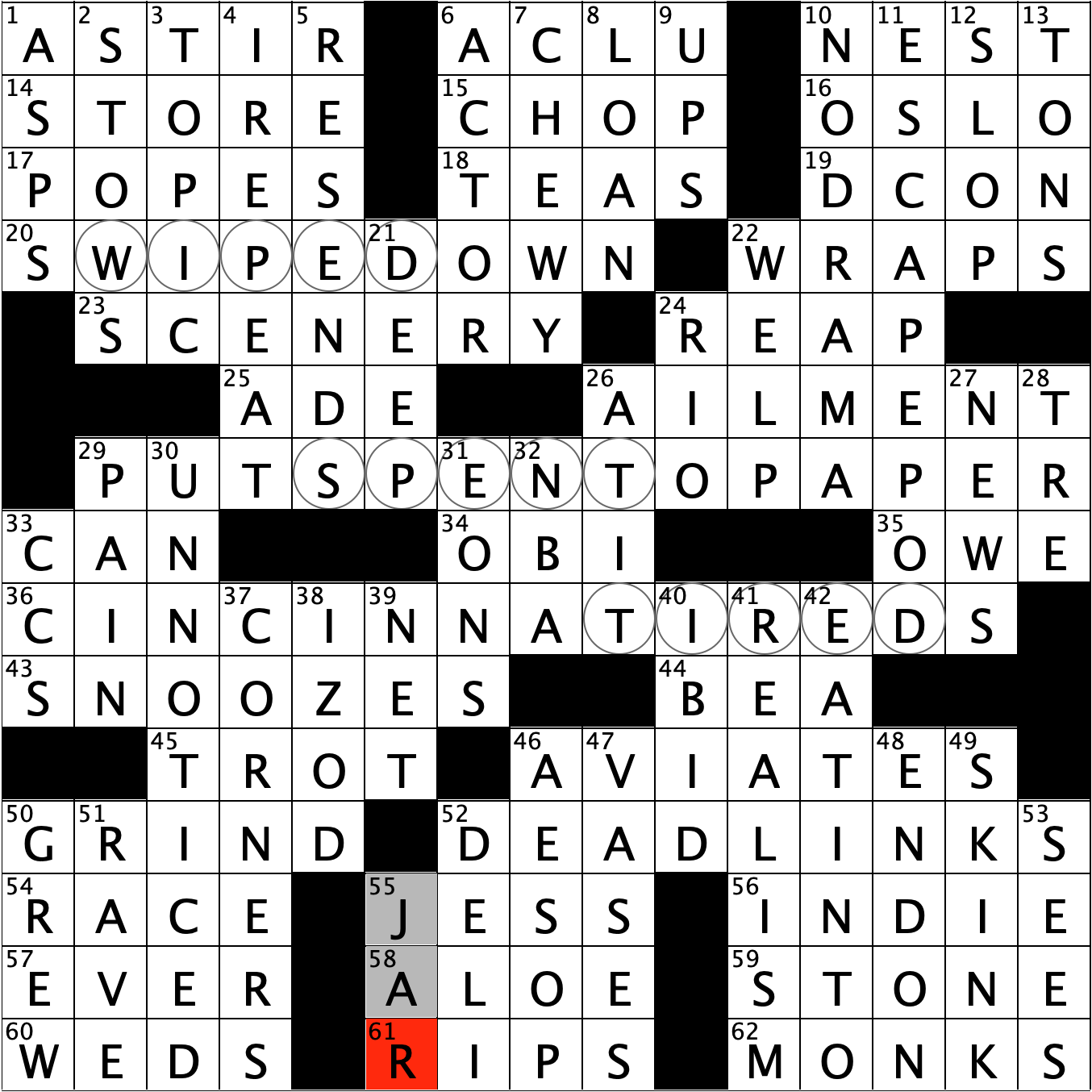 I liked this puzzle. Theme was fun – a bit predictable and I did want it to have an extra layer of difficulty somewhere, but clever and enjoyable nonetheless.

What I liked most about this puzzle was actually the design of the grid. It led me to move in unusual ways for my solving as my typical patters were interrupted by unexpected black square placement. It also gave the chance for some great mid-length fill throughout the puzzle – the ESCAPE POD/NO DRAMA corner was my favorite area to solve. So while I solved TIRED, WIPED, and SPENT I still enjoyed the puzzle from start to finish. 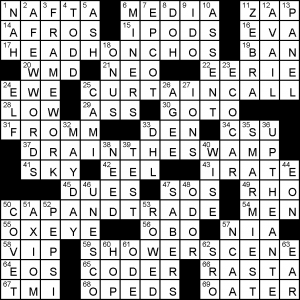 The theme is revealed at SHOWERSCENE, and the starts of four answers have parts of a shower: HEADHONCHOS, CURTAINCALL, DRAINTHESWAMP, and CAPANDTRADE. 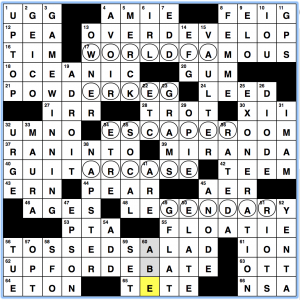 Call Kelsey Grammar and David Hyde Pierce, since this grid was all about TOSSED SALAD:

We’ve got WALDORF tossed inside WORLD FAMOUS, GREEK in POWDER KEG, CAPRESE in ESCAPE ROOM, CAESAR in GUITAR CASE, and GARDEN in LEGENDARY