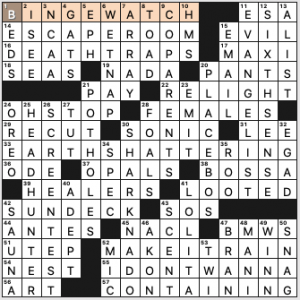 Crisp and breezy themeless from Aimee. I definitely felt her “grew up in Chicago” vibe with this one: 21d. [Driving hazards], POTHOLES. A total gimme for me with the second O in place—’tis the season of rampant pothole formation.

Fave fill: BINGE-WATCH (good clue, [See the seasons pass quickly?]), ESCAPE ROOM, DEATHTRAPS, EARTH-SHATTERING, MAKE IT RAIN, a pouty “I DON’T WANNA,” HEADHUNTER, SCREEN TEST, SHARKNADO, CO-PARENTS (which I think I see more often as a verb than as a noun), PLACEBOS, and SIXTH SENSE. RELIGHT feels like it’s completely a word when it comes to candles, but it does look weird in the grid.

It’s a double Lucido day! I made the mistake of doing Amy Lucido’s NYT and TNY puzzles back to back, so now in trying to review this (excellent) themeless, the two are running together a bit in my head. Oops. I’m starting to wonder if TNY is intentionally doubling up constructors with the NYT? In the past few weeks we’ve had double-Berry, double-Agard, and double-Lucido days, which seems unlikely to be coincidental given how many fewer puzzles TNY published relative to the NYT. [edit: I just remembered the the Double Berry involved TNY and I think WSJ, not NYT, so perhaps the likelihood of coincidence is a bit higher than I initially speculated] 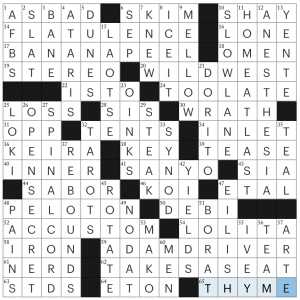 This puzzle gets off to a delightfully juvenile start, with whoopee cushions imitating FLATULENCE and a BANANA PEEL causing a slipup. Some classic gags in this NW corner! The other three corners have some solid long entries as well, with  ADAM DRIVER / TAKES A SEAT in the SE, OPEN SECRET / SPINAL CORD in the SW, and HOME AT LAST / ANESTHESIA in the NE.

The hardest section for me to parse was the SW, were I misread the clue for 31A (“Acronymically titled 1991 Naughty by Nature hit”) as “Palindromically” titled, which turned OPP (ick) into OPO and SPINAL CORD into the incomprehensible SoINALCORD. The very tricky clue(“Back channel?) did not help this situation.

Overall, I enjoyed the solve and especially the crunchy long entries. Doubly so, thanks to the scheduling coincidence that may or may not be a coincidence! Plenty of stars from me.

when my husband gets me a Peleton for Christmas …….. pic.twitter.com/Z2d3ewMhPu 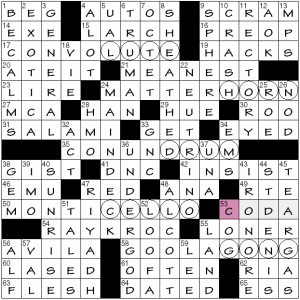 As most of you know by now, this is the final CHE crossword, as its run is ceasing. So in many ways this theme is a fitting … 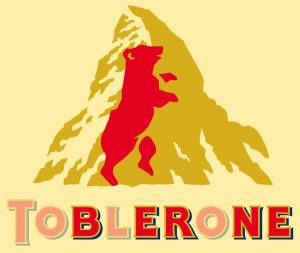 Note that these tail-end instruments for the most part don’t share direct English etymological links with their host words (-cello has the same sense of ‘little’ in both Italian words, and Horn in German means ‘peak’ but derives from the same root as sheep/antelope/musical horns). Note also that the theme answers are all single words—that’s an unusual and nice touch of consistency.

By the way, I can’t begin to think of a single musical piece including LUTE, HORN, DRUM, CELLO, and GONG. Would be quite unusual, and I say this as someone who probably knows more than the average bear about eclectic music. Perhaps something from Yo-Yo Ma’s Silk Road project?

The crossword’s first entry meekly acknowledges its departure: 1a [Ask to be excused, with “off”] BEG. Soon after, though, the strident 9a [“Make like a tree and leave!”] SCRAM. Uh-oh.

And so we come to the end. It’s been a great pleasure having the Chronicle crosswords to solve and a deep privilege to write about them for Fiend. I know I won’t be the only one piquantly feeling the loss of this high-quality puzzle that filled an elevated, aesthetic niche in the cruciverbal landscape. Thank you for all your work, Brad! 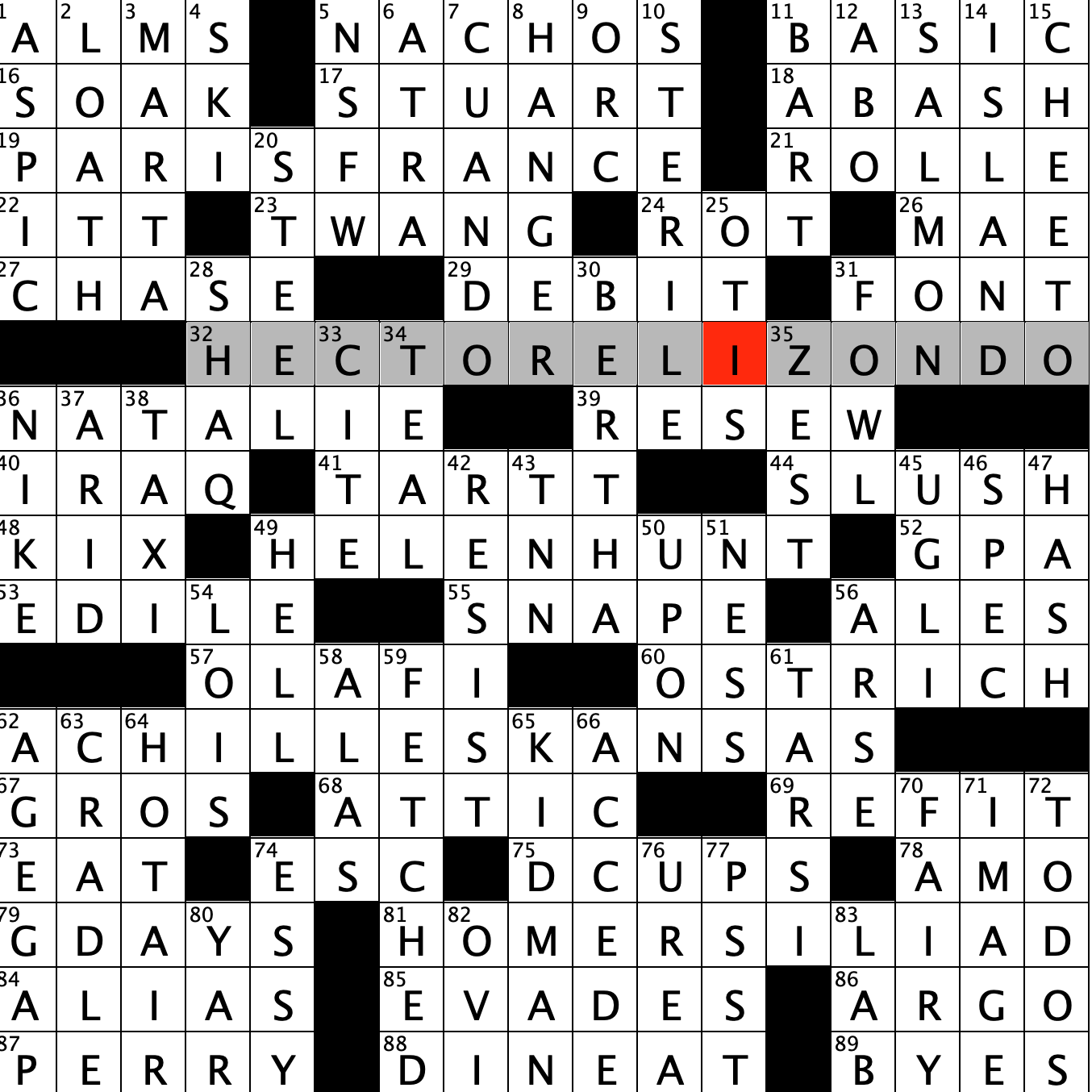 As usual, a fun and lively offering from the Inkubator. To me, the best part of this theme/puzzle is the clue for HELEN HUNT as an alternate title to HOMER’S ILIAD. I keep literally laughing out loud thinking about it. Just perfect. HECTOR ELIZONDO was the hardest of the themers for me – needing all the crosses – but not unfair.

Outside of HELEN HUNT, my favorite clues were for NSFW [“Open after hours” label?] and ARSE [Bum in Notting Hill]. Plus a lot of really nice mid-length answers. I’m very fond of 17×17 grids in general. Big enough to give breathing room to the answers that can allow for really smooth grids, but small enough that I can’t get sick of a theme by the end.

I also appreciated the bonus mytholgy in the puzzle with NIKE [Greek goddess namesake of a sports apparel company] HELL [“Persephone in ___” (Rita Dove poem set in a modern Underworld)] and ARGO [Medea fled from Colchis in it with her future husband]. Great puzzle all around!

Fun puzzle! Each theme answer takes a base phrase and removes BR from the beginning. Wackiness results. 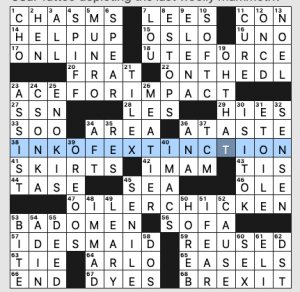 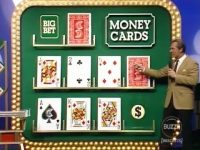 All the base phrases are solid, all the theme answers are funny, and it was an enjoyable solve.

What I didn’t know before I did this puzzle: that Goliath wielded a SPEAR.