Hello! So there’s no ACPT this weekend, but there is a Crossword Tournament From Your Couch instead. You can solve on the web or in .puz format, starting at 1 pm Eastern/10 am Pacific. The virtual hosts (xword podcasters Brian Cimmet and Ryan Hecht) will be in a livestream, and the five (or more!) puzzles have been made by Patrick Blindauer, Laura Braunstein & Jesse Lansner, Rachel Fabi, Joel Fagliano, Finn Vigeland, and Byron Walden. Finn and Kevin Der are the brilliant chaps organizing all this. Kevin has an amazing tech résumé so I’m confident they’ll pull the whole thing off.

The event is free (we’re encouraged to donate to COVID-19 relief efforts). Puzzle scoring reflects both accuracy and speed, and we’ll all be on the honor system. (Please: no pandemic profiteering through cheating on crosswords.)

In addition to the event link above, there’s also a Facebook event page. 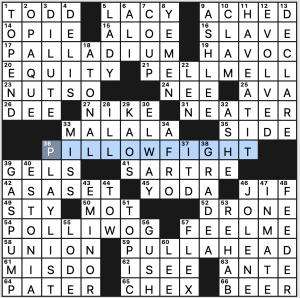 Pretty standard for a vowel-progression theme. Not much to get excited about.

The fill is fine with HAVE AT IT and PLAYLIST leading the way. NIKE, MALALA, SARTRE, and YODA make for an interesting set in the middle. On the other hand, FEEL ME? and MIS-DO are rather clunky.

Not much to talk about in the clues either so I’ll leave it there. There just wasn’t much zip here. 3.2 stars. 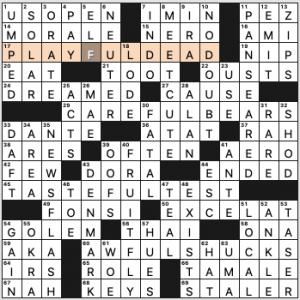 Took me a bit to figure out how the theme worked. Take a familiar phrase and tack on a -FUL to the first word, and the merriment ensues:

Fave fill: US OPEN, Luis FONSI (though I’m not sure I’ve actually heard “Despacito,” now that I think of it), GOLEM (both a Jewish thing and a Pokémon), a snarky NEWS FLASH, MEET-CUTE (a term I learned from Roger Ebert—he didn’t originate it, though, and it’s not in his glossary, but you should definitely click through to read the glossary), and PAN-SEARED.

Theme: Each theme answer starts with a word that is also the name of a font. 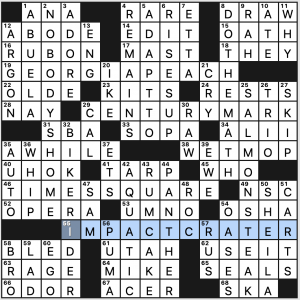 This was fun even though I don’t think I would recognize that Georgia is a font. It’s not unattractive though. I do vaguely remember Impact as a font, but probably couldn’t have described it to you. Aha! Apparently, it’s the memer’s font of choice. Makes sense. 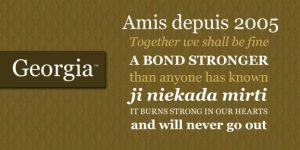 I have to wonder though if some solvers won’t see the theme, since there’s no revealer and not everybody’s up on all the font names. Of course the title helps, but it might have been good to have FONT in the grid somewhere.

I really dug the fill in this puzzle. “NOBODY’S HOME” is so full of sparkle and “DO THE MATH!” is right there with it. A SALMON STEAK is nice as well. When BIKE RIDER is the least interesting of your four long Downs, you’re doing something right. 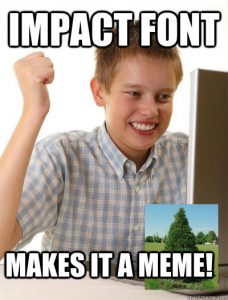 A few bits of crosswordese are unsightly (SBA, ALII), but the only nit I’ll pick is that “UH, OK” and “UM, NO” really feel like a duplication.

As for SOPA [Gazpacho, e.g., in Spanish], it’s certainly not the most common of Spanish words, but the crossings are fair. And since I love gazpacho, I was not going to dislike this entry. 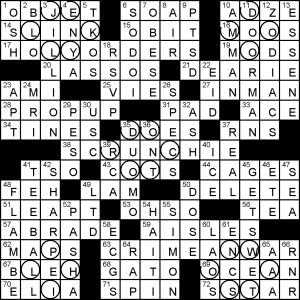 SPIN is the revealing answer today, found in the bottom middle. It links itself to doctor, spelt in circular letters to become SPIN-doctor. Four doctors; Jekyll, Doom, Watson & Phil; are arranged in similar fashion to the central doctor. Curiously, three of the four are fictional, though one could argue Phil’s doctorship is fictional. There are heaps of DR options to choose from, why that quack?

This kind of theme rarely pays off, as it has small areas that are extremely constrained, causing the fill to suffer. For me, SSTAR alone is a good enough reason to star a corner again, let alone crossing it with three more abbrs one of which is a fake plural.

Today I learnt: Crosswords have taught me to spell TEEBALL as TBALL, but it turns out the longer spelling is preferred. 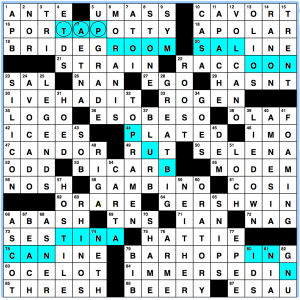 How’s everyone’s self-quarantine going?  Mine could be going better, but there’s a roof over my head and food in my pantry, so I can’t complain too much.  Let’s dig into Aimee Lucido’s latest for AVCX, a 17×17 titled “Jump Shots”.

There are five sections of shaded squares in the grid, with a different type of BAR HOPPING (“Bouncing from club to club, perhaps, and this puzzle’s theme”, 79A) between two or three nearby answers.  There’s TAPROOM and SALOON up top, PUB in the center, and CANTINA and INN along the bottom.

Looking at the actual fill: