today’s AVCX puzzle has a meta element with a contest – our write-up will be up after the deadline for that has closed on May 31.

It’s been a while since we’ve seen AES’s byline. He usually brings us something a little bit unorthodox. Let’s see what he has in store. 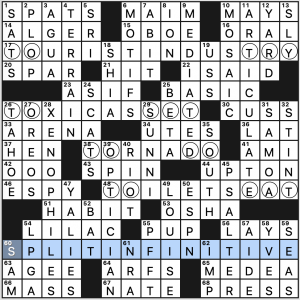 For the most part, I like this. A couple of the clues are so vague that I’m still trying to make sense of them, though. For example, “to set” is a reason for changing hands? Is this a volleyball reference? Not sure. Also, “reason for a performance” feels like an awkward way to describe “to do” (although I can’t think of anything better). And it seems like the second half of the clue really should have some callback to the first half for maximum elegance. The last entry’s clue is the clearest, most unambiguous of the lot and ties in well to the beginning of the clue. I wish they were all like that.

As I was solving, I was also wondering if there was some connection between the verbs. TRY and DO seemed closely related. (“Do. Or do not. There is no try.”) And maybe SET could be thrown in there as well, I don’t know. But once I got to EAT, I surmised there was no such relationship. Thinking about it, I realized there probably aren’t enough legitimate  theme answers around to make that happen.

So anyway, aside from some of the vagueness in the cluing, I liked the gimmick.

Our long non-theme fill includes ARTICULATE (clued as an adjective), XENOPHILES (nice to see this word rather than the more-common-in-our-society “xenophobes”), TERRAIN, PSALTER (which I think we just saw last week), MEDIATED, and OPTICIAN (with a nice clue [One who brings things into focus]). No bones to pick in the fill, so I’m good. 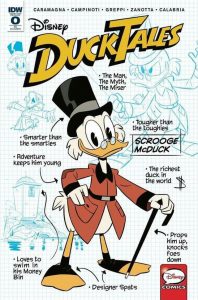 A little bit of wonkiness in the theme cluing prevented this from being fully enjoyable (for me, anyway, YMMV), but I liked it nonetheless. 3.6 stars. 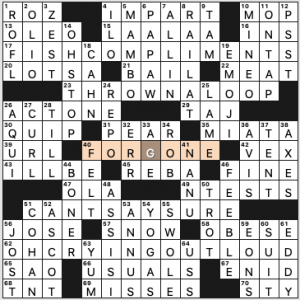 So the theme is okay but I didn’t love the execution. 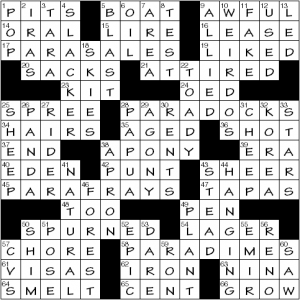 This theme features homophones going in two directions, so to speak. The first parts are all the same—”para” for “pair of”—while the second parts take the roots from the legitimate para- word and substitute a homophonic plural.

I recall a visual puzzle like using this conceit in Games magazine a few decades ago.

It’s a simple concept to see, but a little tricky to describe. And I’d say it’s well done here.

So I found this. It’s kind of blah techno, but I’d say it fits the bill: 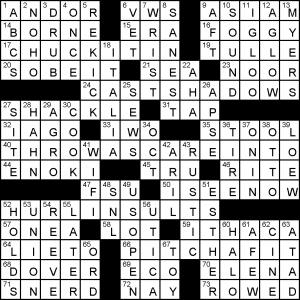 Today features a set of five answers that begins with a synonym for “fling”: CHUCK, CAST, THROW, HURL, PITCH. In all cases, they are used at least somewhat figuratively. THROWASCAREINTO is new to me, it sounds very Southern…

My mistake: not checking crossing and having AGRI(business) because that’s what it’s called. If you google AGROBUSINESS it corrects you…