The pairings are as follows: 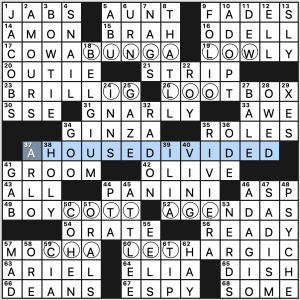 I like these pairings. The first two are quite unexpected and fun finds and the last two use interesting words in their own right. And all of them span the grid when you include the dividing block. Impressive construction.

Both the fill and the clues seemed heavy on proper names. See ODELL, BOYCOTT (as clued), ELIA, JACOBS, ROY, VING, ATTLEE, COHEN. And seriously, all of these are men. Surely, cluing with an eye toward representation could’ve brought a little more parity to the grid.

Cluing felt tougher than the usual Wednesday. Or maybe it was all the proper names. Regardless, these clues I noted:

Nice puzzle. 3.9 stars. And I just realized this appears to be a debut. Congrats to our constructor on an impressive first outing.

I leave you with Leonard COHEN singing his “Hallelujah.” 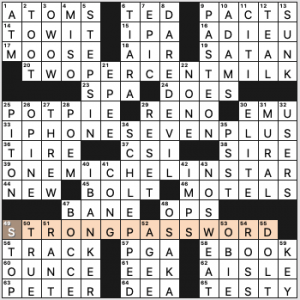 The theme doesn’t work for me, because the concept requires numerals and symbols, not the spelled-out names of said numbers and symbols. The revealer is STRONG PASSWORD, 49a. [It may require letters, a number and a special character — as seen in 20-, 33- and 39-Across].

This just feels scattershot to me, and I don’t care for it.

2.5 stars from me. Love to see SCHLEPPED in the grid, but the disjointed theme wasn’t to my taste. 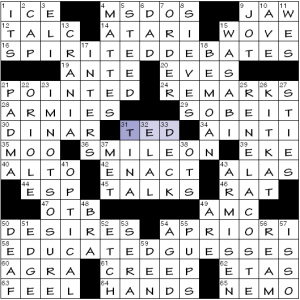 This theme doesn’t seem that ambitious, but judging by the strain it’s apparently caused, I gather it was difficult to pull off.

Two-part revealer is in the center of this grid with left-right symmetry:

The other theme entries are two gridspanners and an 8-8 pair:

In each case, the TED is formed at the end of an adjective. REMARKS seems the most like “talks”, but DEBATES is pretty good also. GUESSES seems weakest as a synonym (but obviously one has to talk, or at least communicate in some way, to make a guess).

The two eleven-letter down entries and the non-thematic eight-letter words in row 12—equal to those in row 5—are certainly both distracting and detractive. 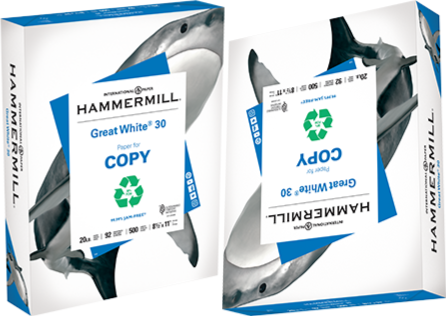 Anyway, kind of a strange crossword, if you ask me.

“You’re not gonna fool me, Elizabeth C. Gorski!” was my first thought upon opening this puzzle and seeing [Capital of Georgia] at 1A. I wrote in TBILISI and moved on, feeling proud of myself for (a) remembering how to spell TBILISI and (b) not falling for that classic crossword trap. Imagine, then, my delight upon reaching 62A and seeing [Capital of Georgia] *again*! It’s not a theme, but it is super elegant and beautifully bookended this pretty great puzzle! Aside from some a sprinkling of iffy fill and a couple of rocky crossings, I really enjoyed the solve. 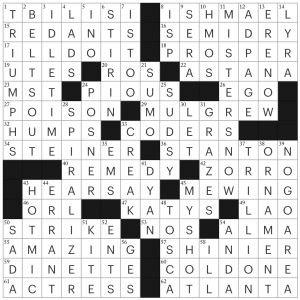 The long entries in this puzzle were mostly vertically oriented, and I was happy to see the gimme SPIRALIZER in the SW. I have and frequently use a SPIRALIZER, and if you don’t have one, well, that’s probably because you’re not a consumerist fool drawn in by flashy infomercials. But you know what? My SPIRALIZER sparks joy. The other long down was MISTER SNOW, a complete unknown to me, but fairly guessable with crosses. Other long stuff includes: TRIUMPHS / BELTS OUT / IDLE TIME / TRILLION / ORNAMENT / NO-GO AREA. Aside from this last, which doesn’t totally feel like a real thing, these are pretty solid.

Overall, loved this puzzle, despite my lengthy hunt for an error. Tons of stars from me! 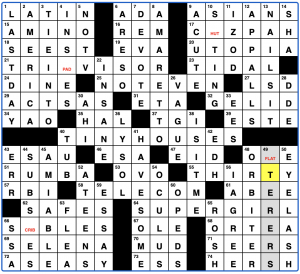 The theme on this week’s AVCX fell fairly quickly for me, even if finding all of the rebus squares took me a bit:

Are TINY HOUSES still a fad?  In this environment?  Regardless, we have four squares in the grid that each contain  a tiny “house” – we have a HUT, a PAD, a FLAT, and a CRIB, affecting both the across clues and the crossings (S[HUT]TING, IN S[PAD]ES, SUBS[CRIB]ES and [FLAT]TERERS).  It’s a cute theme

REM‘s “Shiny Happy People” features guest vocals from Kate Pierson of The B-52’s, who rose in the same Athens, GA music scene in the late 70s and early 80s.  Grace Elizabeth Hale’s recently-released Cool Town discusses the history of both of those groups and others that helped shape alternative music and “college rock” in American culture. 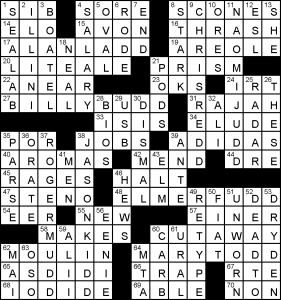 The theme is “a bunch of people whose surname is ??DD”. That’s quite an arbitrary theme concept, and it seems to have been rammed home by repetition: 8 entries and 66 letters, albeit in a wider-by-one grid.

Now the other thing about eight entries is theme density. There are several large areas with multiple double-crossed words in them. And so: LITEALE (doesn’t seem to exist, even if the component words do); DEADTO a six-letter partial, which I thought were verboten; ASDIDI, which seems to be a simple sentence, rather than a specific in-the-language phrase – all of which are “redo from start” offenses for me, and there’s a lot of just plain joyless entries to boot.