Exciting news from the Inkubator team! “If you want a little more Inkubator in your life, pick up the latest copy of Marie Claire magazine! Starting with the Fall 2020 issue, we are collaborating with Marie Claire to publish dynamite puzzles by women. Our debut puzzle is ‘Good as Hell’ by Juliana Tringali Golden. This issue also features Chrissy Teigen on raising women’s voices, a closer look at guaranteed income, and the female execs making work-from-home happen.” Congrats to Inkubator Crosswords and Marie Claire magazine! 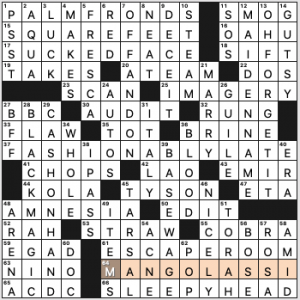 What a fun puzzle! Any time Erik is in the byline, you expect some juicy cluing, and New Yorker constructor Caitlin’s themelesses are always good, too.

Lots of terrific fill. My faves are SUCKED FACE, FASHIONABLY LATE, ESCAPE ROOM, MANGO LASSI (though I confess I’m not a big mango fan), SLEEPYHEAD, BLACK MAGIC, CASH ON HAND (totally familiar, rarely seen in crosswords), and “OH, FORGET IT.” I also like the connected WHOLE / BLOOD, even with an x-ref.

Clues of note and other things that caught my eye:

The closest thing this grid has to bad fill is KOLA and I PASS, which are fine. The fill really is remarkably smooth, isn’t it? Add to that the sparkle in the clues, and you’ve got yourself a quite nice, 4.5-star puzzle.

An extra-large Inkubator! The theme answers are mashups of two play titles. 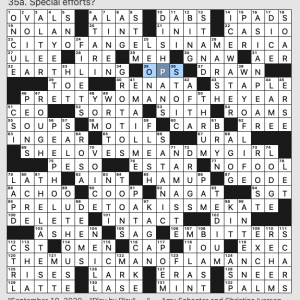 Fun theme! 69a is my favorite, and even if the number is purely a coincidence, it added to my amusement.

What I didn’t know before I did this puzzle: that LEONA Barker is a boxer. I also did not know that GEODE wedding cakes were a thing, and I’m grateful they were not a thing 35 years ago when I married a geologist. One of his graduate school friends’ had a wedding cake that was a scientifically accurate 3-dimensional representation of the Klamath Mountains. The surface was a relief map and when it was cut into, it was a cross-section. One particular section was, um, enhanced. It was the 80s. In California.

Happy Friday, all! Today’s puzzle from Patrick Berry is well-made (of course), but it suffers by comparison to today’s NYT themeless, which I found significantly more enjoyable to solve. I think I left this puzzle feeling like I was not its intended audience, given my relative unfamiliarity with things like cognac brands, regattas, Tom Jones, and MIMEOS. That said, there is a lot of good stuff here! It just left me a little cold. 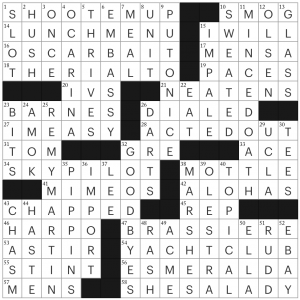 The long entries today included stacks of 9s in the NW and SE, and long downs connecting them to other sections. We have SHOOT ‘EM UP / LUNCH MENU / OSCAR BAIT / THE RIALTO in the NW, BRASSIERE / YACHT CLUB / ESMERALDA / SHE’S A LADY in the SE, and REMY MARTIN and MINCED OATH making up the long downs. I like OSCAR BAIT, MINCED OATH, and ESMERALDA best of these (and had no idea Demi Moor voiced ESMERALDA in the movie!). I did not know what REMY MARTIN was, but I infer that it is named after rapper Remy Ma. (jk).

All that to say, this is a solidly made, well-clued, perfectly adequate puzzle! I’m still hopeful that Patrick Berry will turn his unmatched talents to making more inclusive puzzles in the future. Stars from me for the construction, fill, and MINCED OATH. Here’s some REMY MA(RTIN) to close out the post!

How many puzzles have used MIXED DRINK (or its plural) as a revealer? I’m betting quite a few (though I’m not going to check at the moment). But there are multiple ways to use that revealer, so at least there’s still some variety to be found.

In this grid, our constructor has used names and phrases in which the letters DRINK can be found consecutively in various sequences. 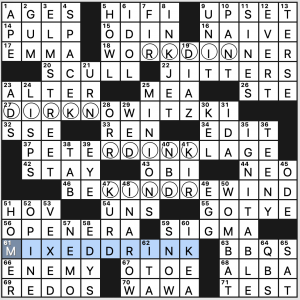 A fun take on the MIXED DRINK motif, especially the last one which was a cute blast from the past. I imagine if you didn’t know either proper name, you probably enjoyed this one less.

In the fill, spelled-out ELM STREET and MINIONS are fun, though IGNITABLE is less so. Having a G as the second letter (due to a theme entry) limits one’s choices I suppose. Tennis’s OPEN ERA, JITTERS, and WOMBAT are nice as well. I don’t recall seeing NBD [“Don’t worry about it,” in textspeak] in a grid, but I have no problem with it (it’s short for “No Big Deal”).

Despite having seen numerous MIXED DRINK themes in the past, I liked how this one was executed. 3.75 stars. 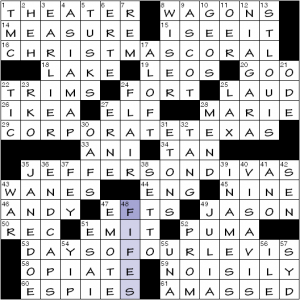 One of those easy-to-understand-but-circuitous-to-explain themes. Each of the theme phrases ends in a 5-letter word with alternating consonants and vowels, and the two vowels (positions 2 and 4) are swapped to wackify the original phrases. 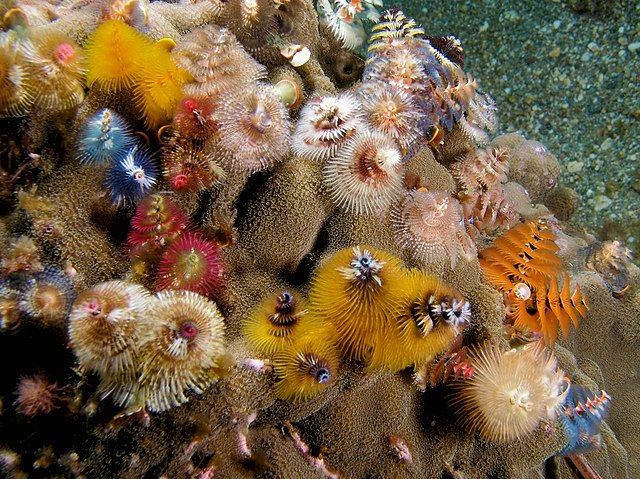 As for the rest of the crossword, I found myself more often than is typical to be on a different wavelength than the constructor. Among my missteps:

And now the standard tour of ballast fill, or what remains of it to be discussed: