This month, Peter asks, what eight-letter word is hinted at by this puzzle?

There are three notable theme-y entries: 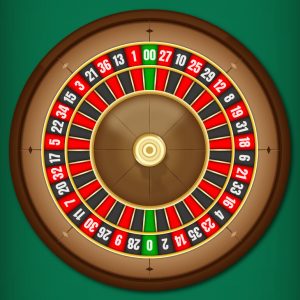 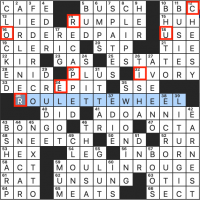 A CROUPIER is a dealer in a casino. The word derives from croupe, which is a French term for the rump of a horse, and it originally denoted someone who would stand behind a gambler to pass them money. So I guess etymologically a dealer is kind of a horse’s ass? In my limited casino gambling experience, the dealers have been rather nice and friendly, probably because their jobs are to entice you to spend more money. Croupier is also a 1998 film starring Clive Owen and Alex Kingston, which I really enjoyed but did not successfully get me interested at all in spending more time and/or money casino gambling.