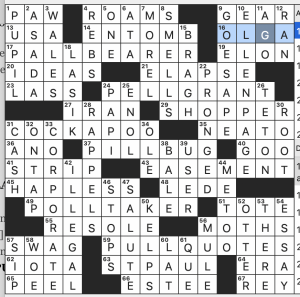 A, E, I, O, U. It’s a vowel progression. There’s nothing more to say about that.

What I didn’t know before I got this puzzle: I’m ashamed to say I did not know that OLGA Tokarczuk was the 2018 Literature Nobel prize winner. 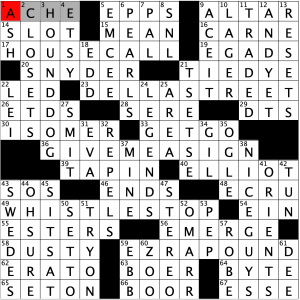 The signs are everywhere in this Monday puzzle — four of them, to be exact. Going straight to the revealer in the center of the grid tells us that: 36-Across [Plea for divine guidance…and hint to the ends of the answers to starred clues] leads us to GIVE ME A SIGN. And, in fact, each theme entry is a two-word phrase whose second word is a type of sign.

So…let’s talk about EZRA POUND. I didn’t know he was a fascist; part of me thinks, why bring it up at all? I feel for the constructor; much as I wish he’d gone with DAWG POUND or FOOT-POUND instead, I totally get when you’re brainstorming theme entries and you forget to check them for bad behavior. I have a feeling this didn’t come up until the puzzle was being test-solved or fact-checked, at which point someone called out, “Hey, this very influential literary lion also practiced very bad politics.” And at that point, what do you do? Pull the acceptance of the puzzle? Clue the entry without reference to the problematic nature? Do as was done here and acknowledge the bad actions along with the achievements? I don’t think the answer is the same every time — depends on how egregious the behavior was, how long the person has been dead, etc. — but I think I would have gone with the second option in this case.

Today’s revealer is a phrase I’ve never heard before, LANE SPLITTING [Riding a motorcycle between cars, and a hint to the circled letters], but it makes good sense, and I’m glad to learn it.

In each of the other theme answers, a word that can precede “lane” is “split” between the first and last letters. 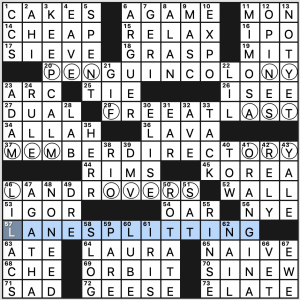 I like it. MEMBER DIRECTORY feels a little iffy, but you gotta have Memory Lane in here, so I’m cool with it. And I especially like how it’s split exactly in half unlike any of the others.

As to the real-life activity of LANE SPLITTING, where do you stand? When people started doing it way back when, I was shocked at their disregard for safety, and it seemed so unfair when the rest of us schlubs had to sit in traffic. These days I’m much more mellow about it, and I definitely make room for motorcyclists when I’m in that situation. 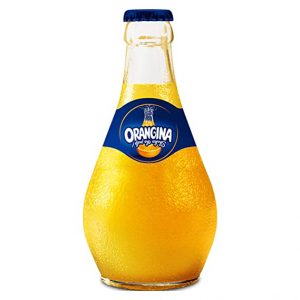 Back to the grid! I love KEEP CALM [Start of a British wartime slogan] and I love ORANGINA, too, especially when I can get it in those funny little bottles. That about does it for the sparkly long fill, but those two are sparkly indeed, and the rest is solid enough.

One clue of note: 9d. [Like the Span. “el,” Fr. “le” and Ger. “der”]. MASC. That’s a pretty cumbersome clue, and I didn’t bother reading it all. I got the gist of it, saw that the entry ended in C, and guessed correctly. 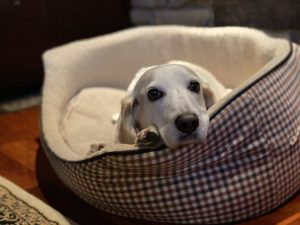 Penny Lane is part of the theme, and we are celebrating 10 years of our dog, Penny, coming home with us from the shelter, so I can’t resist sharing a recent picture. She’s a lemon-colored Basset/beagle mix, aka a lemon bagle.

Have a great day! 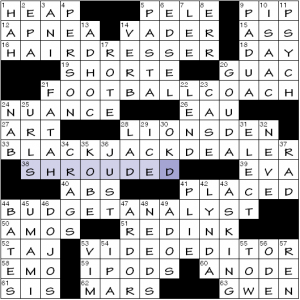 Five long answers suggested by the same clue: [One making cuts on the job]

Not sure, but perhaps those lateral extended black blocks are meant to evoke cuts or slashes?

Anyway, this was a very smooth and gentle Monday warmup exercise. Nothing challenging in the cluing or the fill. Anything remotely questionable is covered adequately by crossing entries.

Haven’t got much to say beyond this.

Helloooo world, welcome to our new reality! Let’s see how it goes. 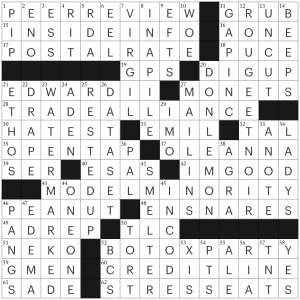 Today’s puzzle from Anna Shechtman was not my favorite — the longer entries were mostly fine, although none were groundbreaking or extremely exciting, but I couldn’t help noticing that one of the marquee entries appeared in a NYT puzzle a few months ago. That entry was met with a lot of pushback at the time, so I was surprised to see it show up here!

First, the other long entries: today we have PEER REVIEW / INSIDE INFO / POSTAL RATE / BOTOX PARTY / CREDIT LINE / STRESS EATS / ROUGE ET NOIR / WATERMARKED / TRADE ALLIANCE. As I said above, nothing to stop the presses for, but I enjoyed the clue on STRESS EATS [Has all-consuming anxiety?] and was a little weirded out by the concept of BOTOX PARTIES, especially with a clue that punnily alludes to safe injection sites, a public health measure intended to reduce the harm associated with injection drug use.

The entry we’ve seen before, and recently, was MODEL MINORITY, which appeared in the August 8, 2020 NYT. I won’t rehash the debate over whether or not that entry, written and clued by Sid Sivakumar, an Indian-American constructor, was problematic. The issue was discussed briefly on xword info and at more length by Sid and co-constructor Brooke Husic on the Crossnerds podcast. I will note that it feels different to see the entry coming from a constructor who does not (as far as I am aware!) identify with the groups to whom this pernicious stereotype is applied.