Title: “Picture Perfect”
Prompt: The meta for this puzzle is an album released in 2005.
Answer: “Have a Nice Day” by Bon Jovi

Busy week here and I unfortunately didn’t get to look at this meta until Sunday evening. Seemed foreboding, with just 50-something correct solves earlier today, so I figured it was gonna be tough.

Long story short: I made no headway, and this one’s a one-leaper so you either saw that one leap or you didn’t get the meta. That leap was: take the letters in PERFECT, highlight them in the grid, and they approximate the smirking cover of Bon Jovi’s 2005 album “Have a Nice Day.” I had wondered if something were going on with letter frequency since there seemed to be a lot of some letters and few of others, which isn’t a profound insight but my spidey-sense turned out to be right even if I couldn’t close the deal. Slight ding for there being two E’s in PERFECT, since that sort of steers the solver away from using it as a letter bank. Though if you had thought to do so, you didn’t need to be familiar with the album cover to get the meta since the top part of the grid’s letters would be symmetrical, telling you you’re not just looking at random noise. Then a scan of 2005 album covers would bring the meta answer home. 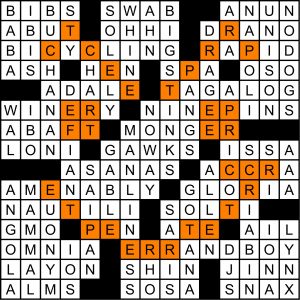 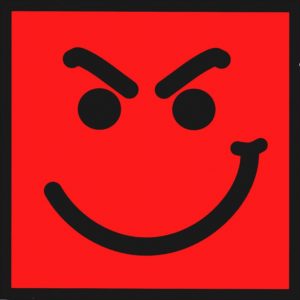