That was a lot of fun, even if I still haven’t fully worked out the theme. The revealer is BLACK-EYED PEAS [Southern staple, and a hint to this puzzle’s theme]. Every other themer has double-Ps preceded by an I, yet the I is obscured by a black block, which acts as a normal block in the Down direction. 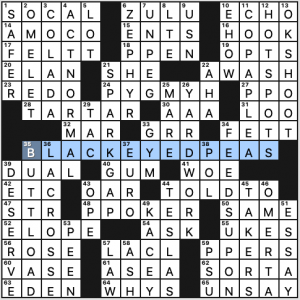 I like this a lot, but what I’m not grasping is how the Ps are “black-I’d”. There is a “black I” in each entry, but it doesn’t really belong to the Ps. But I’m probably venturing into the realm of overthinking this, and should just be satisfied with a “black I” followed by Ps.

Impressive long fill as well, especially given the size of those corners. Highlights include “ACT NORMAL,” ZEPHYR, HOT SPOTS, “OK SHOOT,” BUTTLOAD, LA CROSSE, and YARD WORK. I’ve never heard the term SPARK GAP [Part of an auto plug] but it makes sense if you know anything about spark plugs. 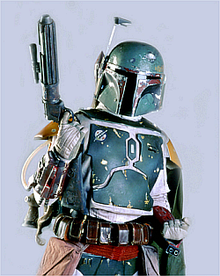 Cluing felt fresh throughout. I noted these:

A lot of crosswordy goodness in this grid. 4.25 stars.

Wow. WOW. A Fireball puzzle by a woman constructor. She hit it out of the park. This is one amazing puzzle.

I didn’t figure it out until after I’d completed the puzzle, and I had to do some research in order to fully appreciate it. It’s a Schrodinger puzzle. The four theme answers are pairs of relatives, and both names work with all the crossings. 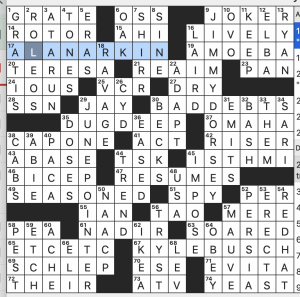 Wow. Did I already say that? Four theme answers with at least two Schrodinger letters – and two of them have three. That’s amazing. Oh, I already said that, too. Sorry. I’m not usually at a loss for words. Wow.

I’ll just leave it there. The magnificence of the theme makes any other comments unnecessary. Thanks to Tracy and Peter for a terrific puzzle. There. That’s a different word.

It took me far longer than it should have to figure out the trick to today’s NYT from Kristian House: 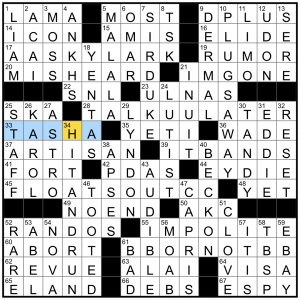 I knew the Shelley ode is TO A SKYLARK, saw the 2As, and moved on figuring I’d come back to sort out why that first A was wrong later.  By the time I hit TALK TO YOU LATER, I assumed that all instances of the word TO in the grid had been removed and there’d be a revealer.  Then I hit TO BE OR NOT TO BE at the bottom and realized what was going on – each instance of “TO _” in the grid has been replaced with two instances of the letter the ___ sounds like.  This made the final entry in the theme, FLOATS OUT TO SEA, easy to crack.

Fill I did not expect to see in the crossword this year: RANDOS (“Unknown people, slangily”)

THEME: Common phrases clued wackily, having to do with players on an NBA team. 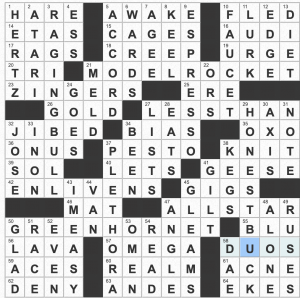 I’m not much of a basketball fan (read: I have no clue about basketball) but I enjoyed this! And I knew the city/teams of 75% of the answers. If you asked me before this what Milwaukee’s NBA team was, I would’ve declared it a trick question. I didn’t know Milwaukee had an NBA team.

I solved in the web applet and with across clues only, which was unintentional at first, but then I just went with it. I was surprised that my time came in under four minutes. Usually the web applet slows me down. I bet if I solved in AcrossLite I would’ve broken the three minute mark!

Funny enough, because I never really looked at the down clues, I didn’t realize there were two more theme answers in addition to MODEL ROCKET and GREEN HORNET. I scratched my head when I was done because, while three theme answers is just fine, two seems a bit thin in a 15x grid. Fun AHA moment ensued.

Nothing to complain about here! 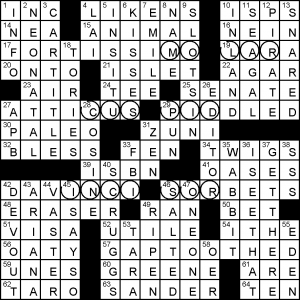 Today’s theme is diastemata as 3/4 of the common tooth types are represented divided by a black square, hence GAPTOOTHED. Having three out of four in a set is generally something to avoid in a puzzle. However, fitting premolar (or bicuspid) into the grid was clearly a bridge too far. Also, I feel like cuspid is out of favour compared to canine, but that may be a personal bias.

As is typical for this type of theme, without clear theme entries, the longer answers are fewer than usual, and rather workaday. CARTITLE sounds odd. PIDDLED is trying to avoid referring to urination, but we know it wants too. Cringingly, Looney Tunes was rebooted ca. 2015 as WABBIT. Why not just create a new show than trample over the old?

Quibble: [Data, e.g.], INFO; I was always taught data is raw numbers and info(rmation) is said numbers processed to create specific meaning. For example, the weights of all the class members is data; the median weight of the class is info(rmation). Yes?