Our theme is two-word phrases (or compound words) whose first word is an animal and whose second word starts with S. The S shifts to become part of the first word (with an assumed apostrophe) and the remainder of the second word spells out a different word. Got it? 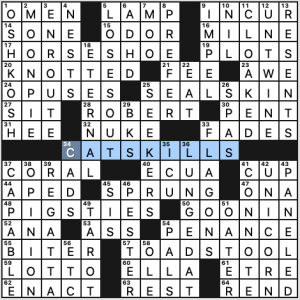 Fun wordplay. I’ve seen this type of theme before, but not with an added constraint where the first words are all in the same category (animals, in this case). That tightens the theme and makes it more enjoyable. Good choices for entries, too. I especially liked CATS’ KILLS.

I was impressed with the fill, too. The long Downs, LOSES OUT and LUNGED AT, aren’t especially sparkly, but there is a huge load of 7s throughout, including nice entries OSHKOSH, MOON PIE, FLAGONS, REGATTA, UNICORN, and PENANCE. I also liked “GO ON IN” [Doorman’s directive].

I just now noticed SONE [Unit of loudness] which would’ve raised an eyebrow if I’d seen it during the solve. With ECUA and ETRE, they make for the clunkiest bits of fill in the grid.

An enjoyable theme with strong fill and cluing. 3.8 stars.

About today’s constructor: Will Nediger edits a weekly crossword for the NYC spy museum, Spyscape. You can check out the puzzles dating back to January of 2019 here. 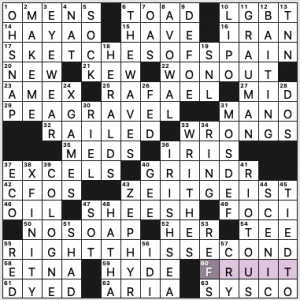 It doesn’t take much spycraft to crack open the theme in this puzzle. FRUIT is the revealer, clued 60a. [Type of food whose outsides are suggested by the outsides of 17-, 29-, 43- and 55-Across]. And the first and last 2 letters in each themer spell out a 4-letter word for a fruit’s outside.

I can’t think of other terms for a fruit’s exterior. Can you?

I liked the fill for the most part, but I know the “this puzzle is a trivia test” people will be riled up by all the proper nouns here, about 20 of them. I accidentally went with HAKAO before the crossing reminded me it’s HAYAO Miyazaki, and jumped at KAY for 21a. [London district whose name sounds like a letter] instead of the correct KEW (sounds like “Q”).

Trickiest crossing: 40a. [Popular gay dating app], GRINDR / 31d. [Rapper who forms one half of the duo Black Star], MOS DEF. If you haven’t heard of Grindr, it’s not an intuitive spelling, so you’ll need to know MOS DEF’s letters. 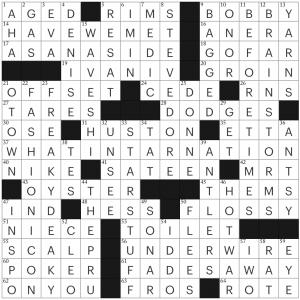 Oh man I loved this puzzle! The long entries are all excellent, the colloquialisms are on the money, the clues are tight, and the fill is solid. 10/10 would solve again.

The long entries just really shine today: WHAT IN TARNATION occupies that central spot, paired with the excellent [“Jumpin’ Jehoshaphat!”]. The long downs include STAR STUFF, STEVEDORE, BRAINSTORMS, FASHION ICON, FREAKYDEAKY (lol) and my personal favorite, BEFORETIMES (which I parse as one word, but I am open to debate on that). There are more solid longish entries in the NW and SE corners like HAVE WE MET, AS AN ASIDE, UNDERWIRE, and FADES AWAY. Every single one of these is awesome! I’m not 100% there on the clue for UNDERWIRE [Boob tube?], but you know what, it made me laugh and I knew exactly what the constructor meant, so I’m into it anyways.

The clues in this puzzle were also right on my cultural wavelength. FLOSSY! OTOWN! Let’s GET Loud! A reference to an Adrienne Rich poem! (About whom, btw, there was an excellent New Yorker piece a couple weeks ago) (omg, did I just admit that I *like* literature!?). And even though I feel very connected to the material in this puzzle, I don’t think there was a single unfair crossing in the entire grid.

Overall, this is major puzzle #INSPO. Tons of stars from me. 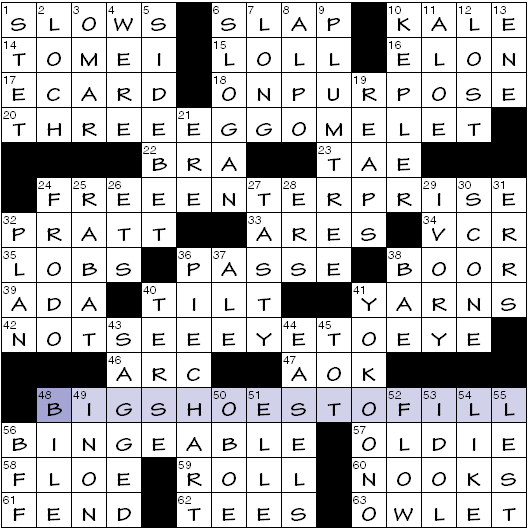 If there’s a pebble in your shoe, is it more annoying if it’s a loose fit or a tighter fit? 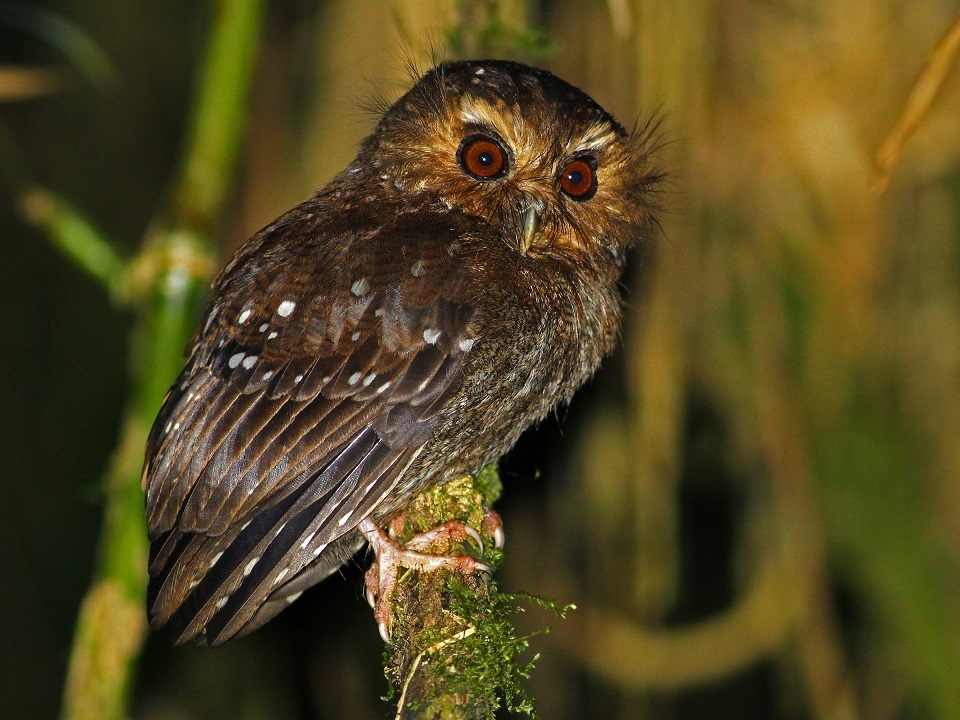 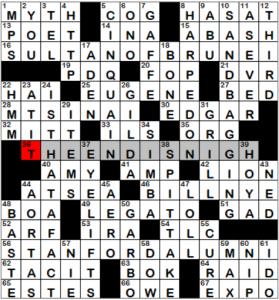 Each of the theme entries ends in the sound “nigh,” and each ending is spelled differently, which is a nice touch.

Listen…
With faint dry sound,
Like steps of passing ghosts,
The leaves, frost-crisp’d, break from the trees
And fall. 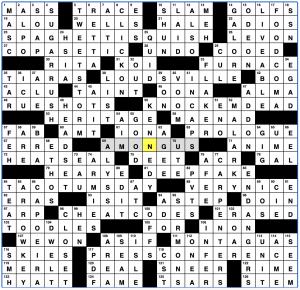 Happy Wednesday!  We’ve got a massive Totally Normal AVCX Themeless from Idema I. O’Clue, who apppears to be making their AVCX debut!  Congrats Ide–

read the note that goes with the puzzle?

This week’s guest constructor seems to be covering something up. Say, has anyone
checked on the other AVCX constructors lately?

Okay, something might be happening under the hood here.  Despite this being labeled a themeless puzzle, there are a handful of clues with slightly askew answers:

and we’ve also got a hint to what’s going on:

If you haven’t played AMONG US this quarantine, here’s how it works.  You’re part of a space crew where up to 3 fellow members of the crew are actually impostors (so, sort of like The Thing).  If you’re a crew member, your job is to try and complete all of the maintenance tasks around the ship without getting killed by an impostor.  If you’re an impostor, your job is to kill all the crew without getting caught/exposed. 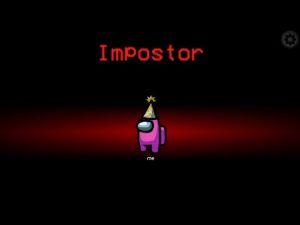 With that in mind, looking at those theme answers again:

AMONG U S in each answer is another letter, indicating that IDEMA is a saboteur!  GASP!

Replacing each letter of IDEMA with the letter needed to make these normal phrases:

Someone might want to check on Aimee Lucido, looking at the AIMEEs listed on the AVCX site.  This was a fun concept for a puzzle!