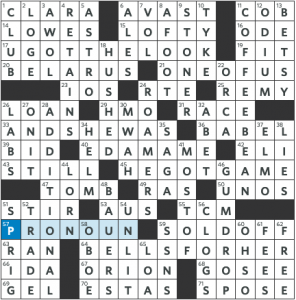 Take the PRONOUNs in those themers, and you have U US SHE HE HER … which combine to “make him from them” as the title suggests, for USHER, who is a one-named singer and our answer.