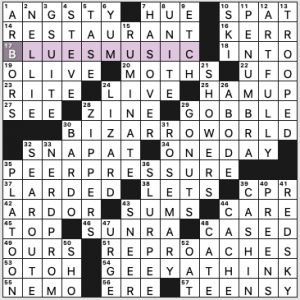 There’s a muted M vibe in this puzzle, with PENUMBRA and RUMINATE and BLUES MUSIC and ROSEMARY branching through the grid. Somehow these are the entries that called to me, more than the showy BIZARRO WORLD, NERD PROM, and “GEE, YA THINK?”

Moving along to some things:

THEME: Languages are “broken” within rows of the puzzle 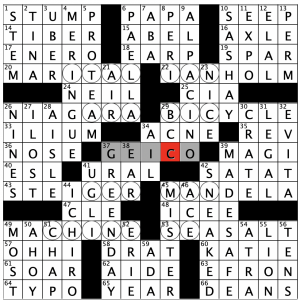 The title and the circled letters gives the theme away before beginning on this one. Normally I gripe that the widely published version of the Universal puzzle doesn’t circle its letters (when it should). In this case, I think it would be more fun to let the solvers find the languages without the added nudge.

These types of themes are much more difficult to construct than they appear. Where it looks light on theme (with only four words, right? Italian, Chinese, Arabic, and German), there are actually eight words occupying four entire rows. That puts a lot of strain on the grid, especially with fill that has to cross multiple entries. However, this one stands strong with impressive finds like GREEN DAY and AL PACINO each crossing themers. 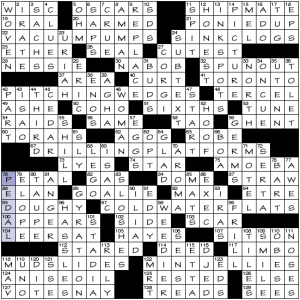 The form this theme takes is two-word phrases ending in a word that can be reinterpreted as a type of shoe. The whole thing is thus recast punnily.

This feels like a very standard theme, but it’s done well enough. 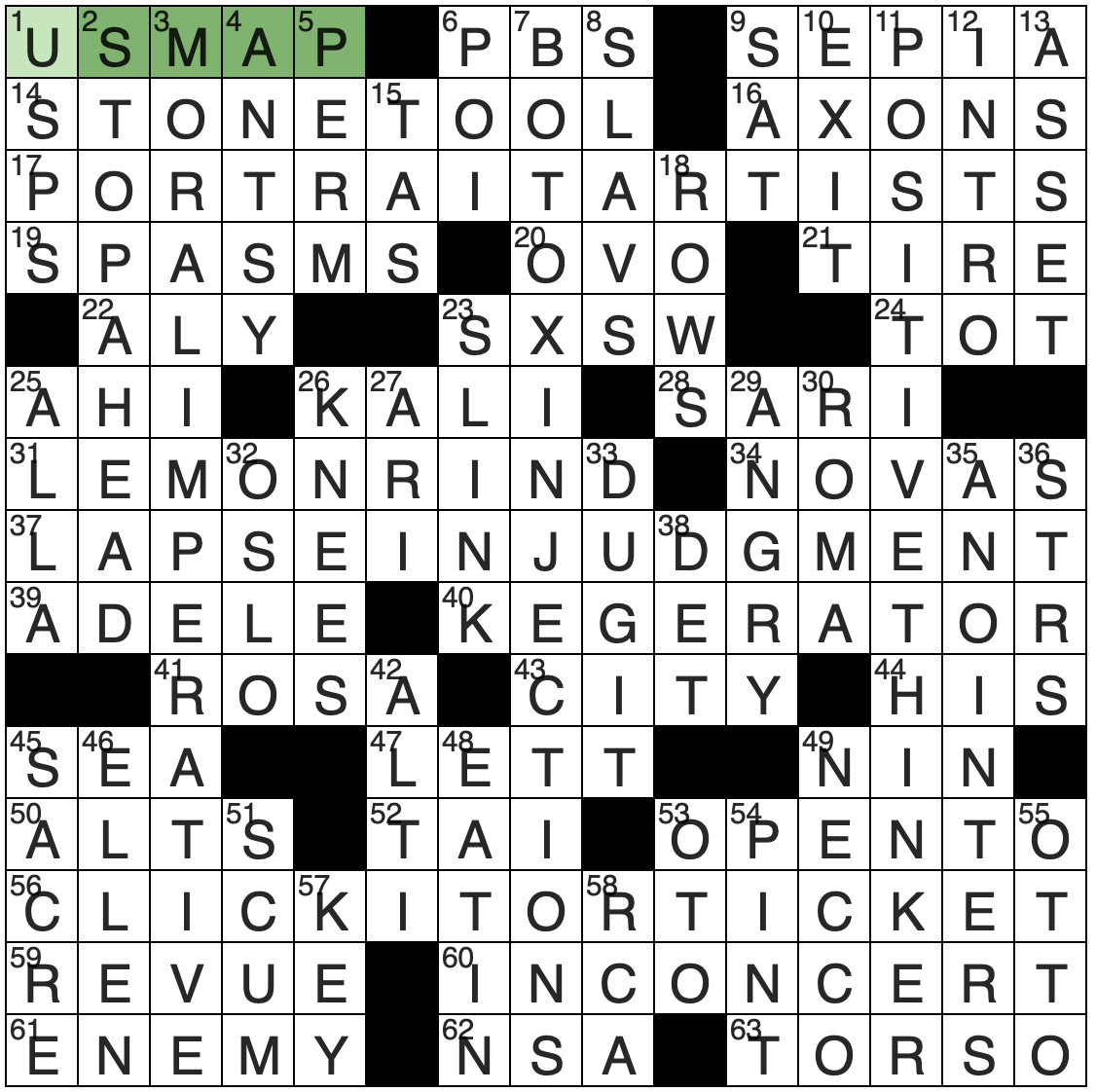 Adrian Johnson’s name was not in the database on this blog site; do we have a debut puzzle? If so, what a debut! I have had the pleasure of working with Jeff myself, and he is a pro. This is a stellar themeless with 6 15-letter entries interlocking in the grid. Lots of interesting fill in here even with the constraints of the long entries all over the place. Having made a few puzzles myself, I appreciate the art of filling the grid; it is not always easy! 4.5 stars from me.

Some comments, which may be slightly skewed toward the 15-letter entries(!):

That is all! Time to do more puzzles! 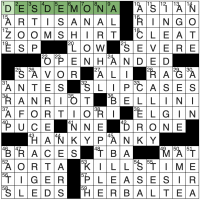 Another sub 10-minute “Stumper” solve; I think I better set a new barometer for what it considered a good time on these. I used to be ecstatic to get one solved in under 10 minutes; I better shoot for 7 or 8 now that they are easier. But that is my time: if you find that it takes you longer, that is OK! The fun is the key. This one did have a few twists and turns in it to give a little resistance. I hope your fun level was as high as my enjoyment level was! 4.6 stars today.