This makes four-for-four this week of really solid, enjoyable WSJ puzzles. What a nice week it’s been!

Today’s puzzle features phrases that have hidden digits that are further hidden by specific black squares (blocks) in the grid. In an elegant touch, the numbers increase from ONE to FOUR as we progress down the grid. The revealer is DIGITAL DIVIDE [It separates those with access to technology and those without, and a feature of four answers in this puzzle]. 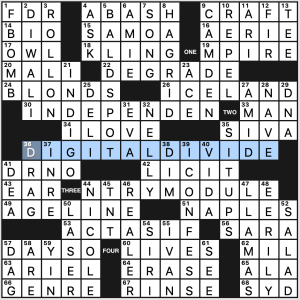 Very nice entries. The title strongly suggested what was going to happen in the grid, so it wasn’t too much of a surprise. But the execution is still very well done.

In the fill, I liked seeing DIWALI, BALD SPOT, ICELAND, INDIGO, “I CONFESS,” and the F-BOMB at 1d.  I would have preferred not to have seen REALER [Less fake] which, paradoxically, is faker than the word “faker.” But that’s a tough little section to fill.

I forgot to turn on the timer when I started this puzzle, so I can’t prove that it was harder than the most recent FB themelesses. It definitely felt that way. I wandered around the grid for a while before I got a foothold. This is not a complaint. I wrestled it to the ground and enjoyed the process. 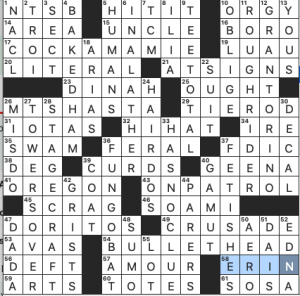 What I didn’t know before I did this puzzle: see above re: etymology of COCKAMAMIE. Also did not know that Mel Blanc voiced the cat DINAH in “Alice in Wonderland” or that Clint Eastwood’s character in GRAN TORINO said “Get off my lawn.”

It’s so rare to see a theme running through the down entries of the puzzle rather than the across entries, and Dylan Schiff’s entry in today’s NYT is a fine example of the form:

Each set of shaded squares gets doubled to correctly read the answer to each clue – HANGING INDENT, HEART MURMUR, STEAK TARTARE, COVER VERSION, and BARBARA BUSH.

other nice grid bits: ATHOS, TRACT, YOKO (rather than the typical ONO), SARONG, ISUZU, NORAH (as in O’Donnell, not Jones), SPURT, and AQUA 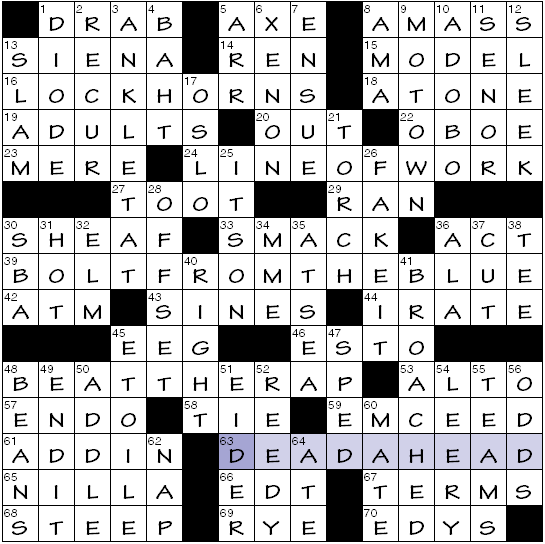 If there was ever a crossword that could be described as having a straightforward theme, this is the one. 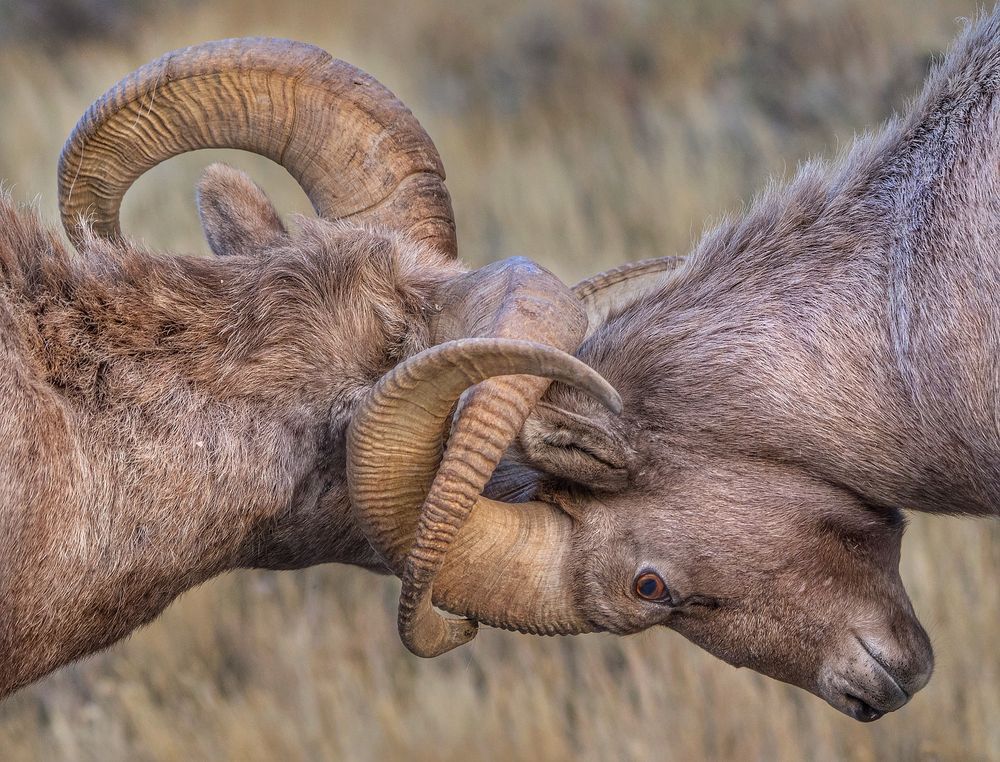 To me, deadlock stands out from the other themers as having a very similar definitional sense in both contexts. Uh, very straightforward theme.

As you can see from my time, this wasn’t a particularly easy puzzle. I grokked the theme quickly and really liked it. I struggled with the fill. Not a complaint!

Each of the theme answers is a phrase that contains a number from which we have to take (subtract) five. 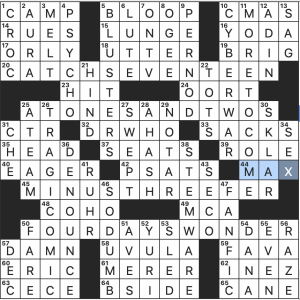 I’ve never seen TWENTY-TWO written out in CATCH-22. That’s a minor complaint in this context and aside from that, the theme felt solid, consistent, and fun.

What I didn’t know before I did this puzzle: that element 188, oganesson, was named after Russian nuclear physicist YURI Oganessian. 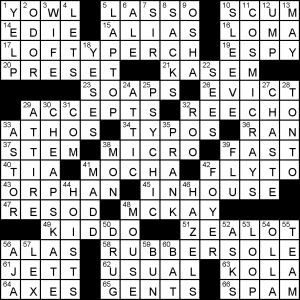 Today’s puzzle felt like the second coming of Tuesday – easy and breezy – smell that salty sea air! Four phrases end in types of “fish” (there is no taxonomically correct definition of the word), two bony, two cartilaginous. Given the relative paucity of short common names of the latter sort, that’s slightly surprising, but not in a bad way. One feels this could even have been a Sunday, but it’s also just fine as a midweek morsel. I suppose the indirect clues are the reason for it being scheduled for Thursday, but they didn’t prove especially hindersome.

I had a small amount of confusion at the use of “cosmic” as a synonym for “massive”. I wouldn’t say that I encounter that often.

Annoyances: poorly chosen use of high-value letters to shore up quiet parts of the grid. A J, X and a Z aren’t plus points if they make AJA, LEX and HAZELS.