I struggled with this crossword far more than I should have. A typo in the NE confused me for a long time. I could probably use some more SLEEP….which I can find in the grid!

There are circles in each theme answer. 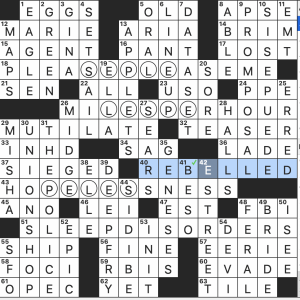 And the revealer at 51a: [Insomnia and narcolepsy, e.g., or what the circled letters contain] – SLEEP DISORDERS. Anagrams! Fun theme. Once I untangled my errant typing, the puzzle fell smoothly.

What I didn’t know before I did this puzzle: so very many things. I’d never heard of Terese MARIE Mailhot or MISHA GREEN. I’m not familiar with Maria Enriquez’ story collection, “Things We LOST in the Fire.” I didn’t know that Gabourey SIDIBE is in “Empire” or that “Empire of Dreams” is EPIC fiction. And while I do know what  SHIP means in the context of fanfic, I’ve never heard of Braime (“Game of Thrones”) or ScarletWidow (the MCU). 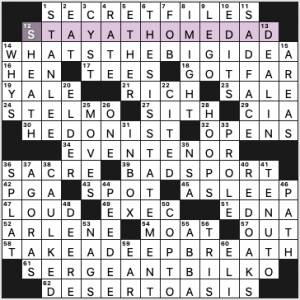 Two pop culture bits I surprised myself by not knowing:

Theme: Palindromes! Each theme answer is a palindrome offering advice. The revealer is LOOK BOTH WAYS (58a, [Advice for someone crossing the street, and a theme hint]. 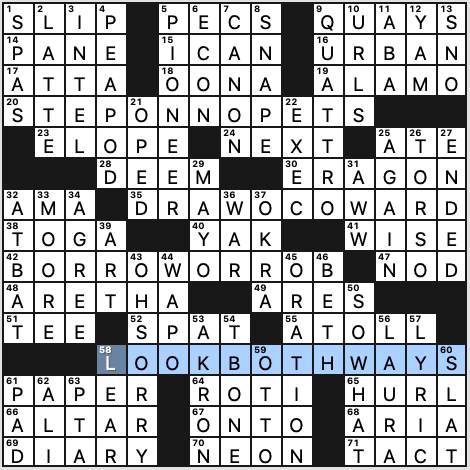 I like that each palindrome is relatively normal-sounding (some can feel tortured), and I like the added constraint of limiting the palindromes to ones that intend to offer advice. I was kinda hoping these were original but I did find them on some of the various palindrome sites. That’s not a slight against the constructor, because I’d probably do the same thing, but still, I was kinda hoping. At least I’d never seen them before, so they felt original to me.

Solid fill all around with a repentant “OH SORRY” and a defiant “SO WHAT” standing out from the crowd. I liked seeing WAPO [D.C. paper] since that’s an abbreviation we see a lot here on this site. I don’t think I’ve ever seen it as an entry though.

I found this to be an enjoyable puzzle with fun theme entries and solid fill. 3.7 stars. 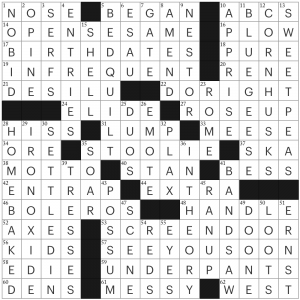 Hello it’s Friday! We’ve got stacks on stacks on stacks today (or at any rate, we have four stacks today).  I enjoyed them all! I thought the cluing today was a little too straightforward, which often happens on Friday, but I was surprised by how few instances of wordplay there were in this puzzle.

The entries that were stacked today were: {OPEN SESAME / BIRTHDATES / INFREQUENT}, {SCREEN DOOR / SEE YOU SOON / UNDERPANTS}, {HOME BAKED / IRON OXIDE / SETTLED IN}, and {BLUE GEESE/ CORN HUSKS / SWEET PEAS}. Nearly every one of these had a down-home country living vibe, from the flora and fauna in the NE to the SETTLED IN, HOME-BAKED, SCREEN DOOR kitchen feeling in the south. Two entries felt just a hair off what I would say colloquially (UNDERPANTS instead of UNDERwear and BIRTHDATES instead of BIRTHDAYS), but somehow that also sort of contributed to the old-school, homey feeling of this puzzle. Also, I wonder if the younger members of Gen-Z know what an emoticon is?

That’s it for today. Overall, lots of stars for a clean, pretty, mostly-good-vibes puzzle. SEE YOU SOON aka next week. 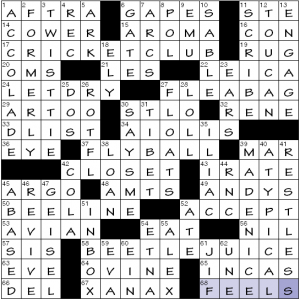 Theme is straightforward enough: various items with insects in their names taken literally, and clued via the 1998 Pixar film A Bug’s Life.

Almost FEELS (68a) as if there should have been six themers, no?

As for the grid, we get triple-stacked vertical 8s and 6s in the corners. I found the northwest section to be the knottiest and was subsequently the last part to fall. 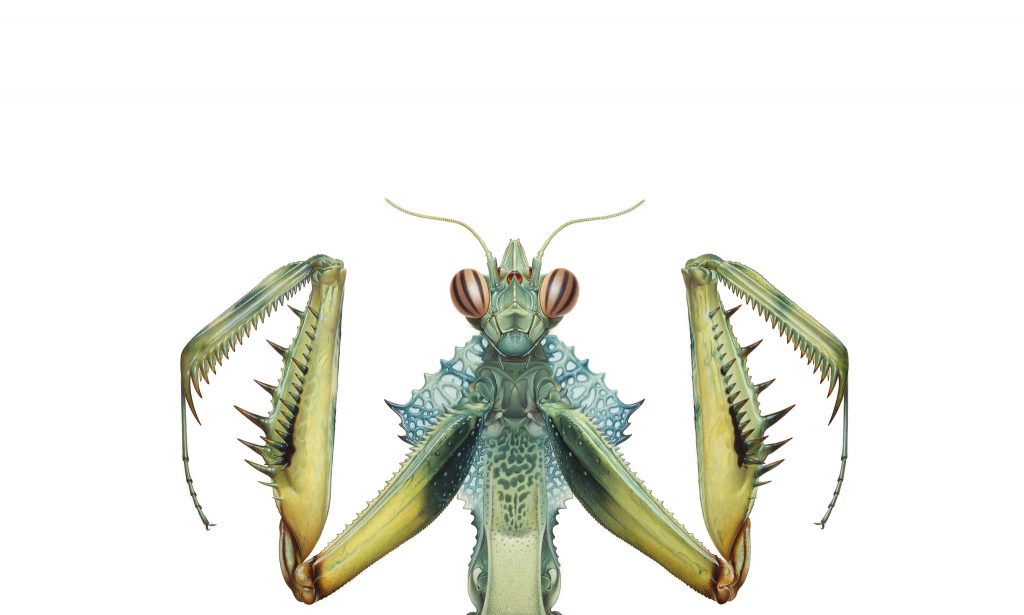 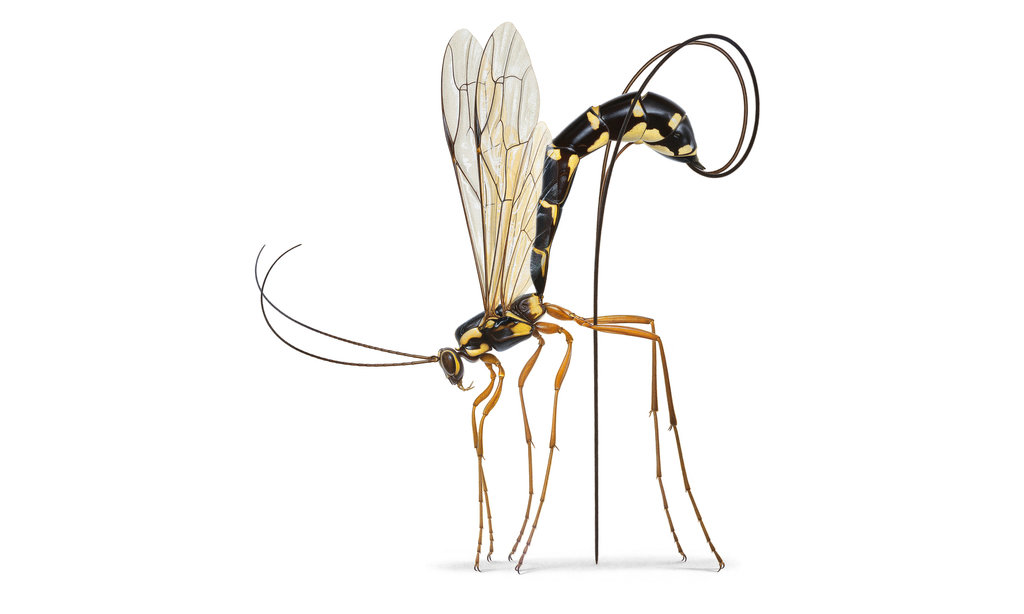