This month, we are asked, “What two-word phrase of six letters is hinted at by this puzzle?”

There are six themers:

Step one: there are six three-letter entries in the grid, and each is a substring of a themer:

Then: I got stuck. Very stuck. It’s a Patrick Berry meta, so I knew it was going to be a clean solve, with surgical construction. Meaning: I was missing something, So, with the deadline looming: I asked my friend Al Sisti for a nudge. He pointed out that I had most of the meta, and hinted that I simply had to erase the rest.

Armed with that: I deleted the 3-letter entries from the themers. Each can form a new word with one letter added 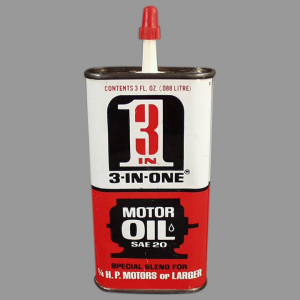 That leads to our meta answer: OIL CAN. Another amazing meta from Patrick! A three-step meta leading to a (literally) three-in-one themed answer (3-In-One Motor Oil).

I find it interesting how one person’s easy meta solve is another person’s (like me!) multi-day slog. And how it all seems so obvious in hindsight. For me: that’s part of the joy (and mystery) of solving metas, along with all the friends I’ve made along the way (and wouldn’t know otherwise), like Al, Laura, and many, many others.

We were blessed with two Patrick Berry metas this week: this Fireball, plus the upcoming WSJ (due by midnight). I’ll be blogging that one as well later on tonight. Wondering if I got stuck on that one? You’ll have to tune in to find out. In the meantime, back to three: it’s the magic number.