Today’s BEQ is a Marching Bands puzzle kicking off Year Seven of his MB subscription. If you like Marching Bands, you can subscribe by sending $15.00 to Brendan via PayPal or Venmo (@TheBEQ).

Brand new name in the byline, so congrats are in order for our newest constructor.

Today’s theme is the old word-following-another-word type, but it’s done cleanly and kept me guessing until I got to the revealer.

BACKROOM (60a, [Where shady deals may be made, and a hint to the ends of the starred answers]) is said revealer, and each of the other themers ends in a word that can precede “room.” 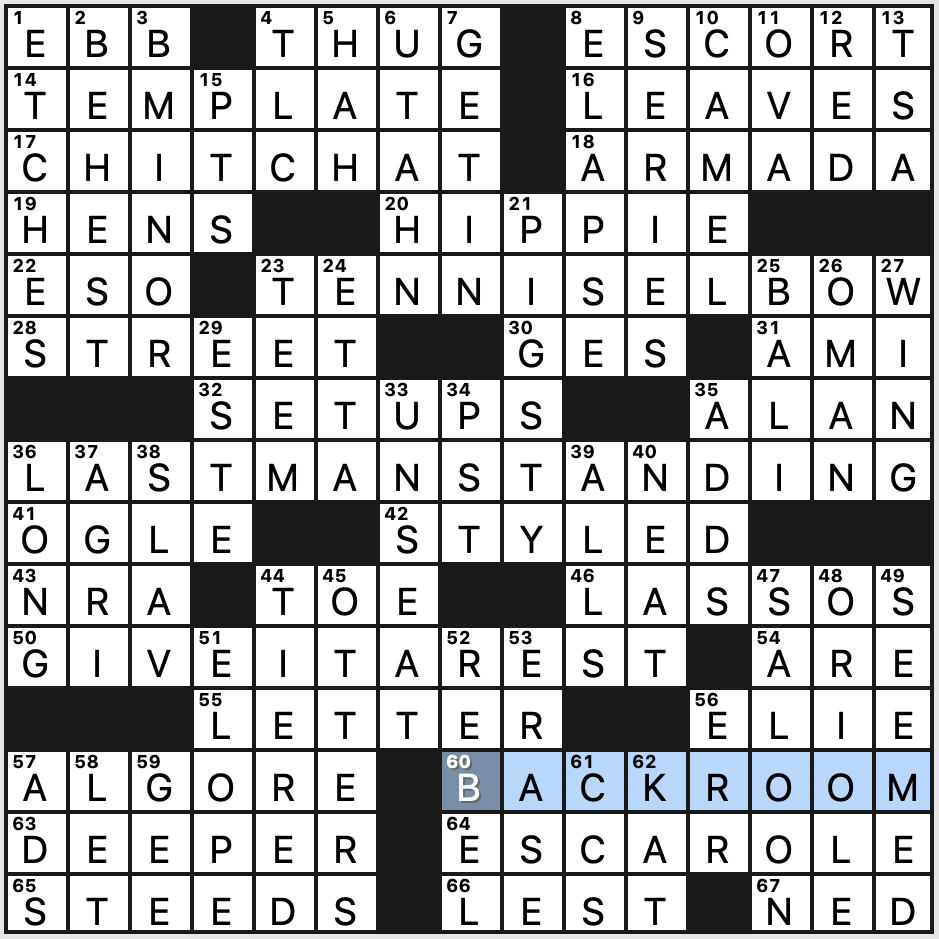 TEMPLATE and ESCAROLE are our longest bits of fill. Nothing very flashy, but I liked those two entries as well as HIPPIE and PIG STY. ESO, ESTE, and AMI head up the list of crosswordese.

Today we have UTAHN and I know I’ve seen UTAHAN in the past. I guess both are acceptable?

Fave clue: 44a. [One of ten digits]. TOE. With two numbers in the clue, I was thoroughly conditioned to think this was going to be a number as well. Good misdirection.

Jim P. here sitting in for a vacationing Jenni.

I think the last time I covered an NYT grid, it also had an ACME byline. Funny coincidence. Anyhoo, this one’s all about the CLASSIC GAME SHOW (52a, [20-, 32- or 40-Across]). The other entries are TV game shows though they’re clued as colloquial phrases. 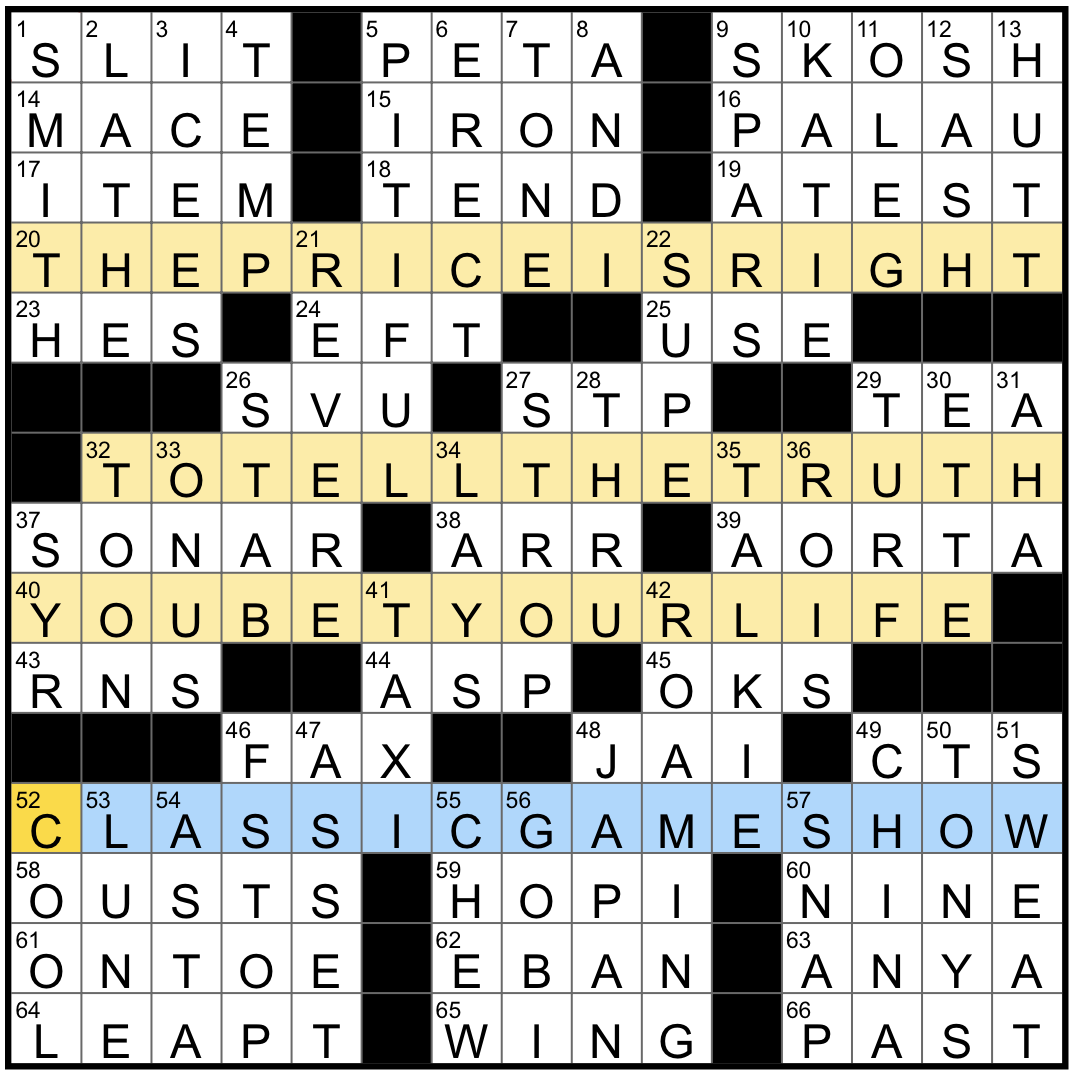 Fun theme. I always like having colloquial phrases as theme answers; they make the puzzle more lively. Add to that the fact that these are classic American game shows makes it even more fun. A very nice set.

I’m curious as to why the first and last themers are in the fourth and twelfth rows as opposed to the third and thirteenth. Being grid-spanners, they could have been moved outward a row to allow more room for the grid to breathe and (hopefully) sparklier fill. But ACME’s a pro, so there must be some reason I’m not seeing.

But as such, our longest bits of fill are PITIFUL and ROAMING, not exactly the sparkliest of fill. And there’s also tough-for-Monday crosswordese in EFT, A-TEST, JAI, EBAN, and ROIS. I did like seeing SKOSH, PALAU, and TALKIE, though it’s not clued as the early sound-producing movie.

A fun Monday theme. Fill could be livelier, but it has its moments. 3.6 stars. 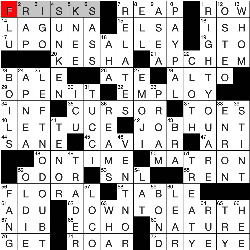 Looks like we have a debut in the house!

On the positive side, I know the LAT editorial staff decided what puzzle would run today long before my last couple of posts saying “this puzzle would have been better without a revealer,” and here we have…a puzzle without a revealer! Doesn’t need one, either! Each theme entry begins with a direction found on a keyboard arrow key — UP, DOWN, RIGHT, and LEFT — and each entry is placed in the most appropriate location for its theme word.

Isn’t it so nice to have brief theme clues without needing a novella for the revealer clue? I say yes.

I sure do wish 1A, FRISKS, could’ve been clued with reference to frolicking and not law enforcement. Although you certainly don’t need to solve by making 1-Across the first entry you put in, lots of people do, and therefore what a constructor (or editor; I don’t know who is responsible for this clue) puts there can set the tone for the entire puzzle. I think it would have been better to clue in a way that doesn’t have unpleasant associations. I’m also a little tired of ENRON at this point, and the clue for 23D, BOILS [Reaches 212 degrees Fahrenheit] annoys me as a former chemistry major. That is true of water at standard atmospheric pressure, but there are as many boiling points as there are substances, not even counting the pressure variable!

On the plus side in the fill, I liked AP CHEM (see above re: chem major, although my high school did not offer AP classes so I didn’t take it myself), WHA, EMOJI, and Stanley TUCCI. LEAR was not clued with reference to Shakespeare, but I’m going to put in a plug for the 1974 Shakespeare in the Park version with James Earl Jones anyway. It’s available for free on the PBS All Arts website and it is a damn fine way to spend three hours. 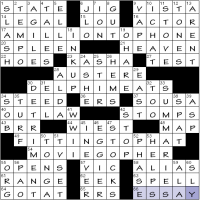 If this theme feels familiar, it’s because the same idea—inserting the bigram PH into phrases to wacky effect—appeared in the LAT puzzle of almost precisely a month ago. The main differences are that that title-less puzzle had a revealer in addition to the four theme entries, and that this grid has left-right symmetry. 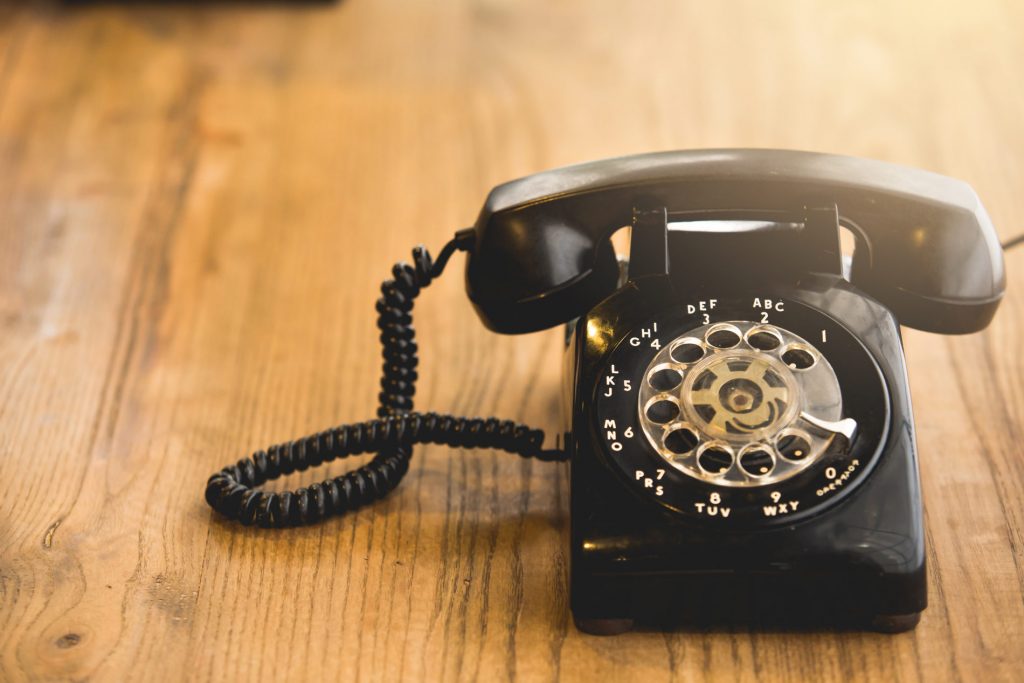 Kind of stuck for an appropriate song/video, so I’ll fall back on this pop/musique concrète classic—with a fun latter-day visual interpretation— from Pierre Henry: 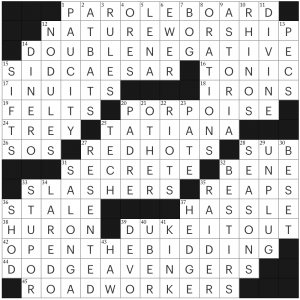 Wow, this grid! Is so cool!!! The weirdo backwards S shape formed in the negative space by the black squares is really unique and interesting, and made for an *extremely* linear solve, as I followed the curve of the grid from the NW around through the middle and into the SE. There was absolutely no jumping around in my solve today, and this was easily my fastest New Yorker Monday in recent memory. I have to say, that was an extremely satisfying way to solve this puzzle, and I hope to see more grids like this in the future. It’s just very, very cool! On top of its awesome grid, this puzzle also managed to include some great long entries (and only four 3s!).

The long stuff today is PAROLE BOARD / NATURE WORSHIP / DOUBLE NEGATIVE / OPEN THE BIDDING / DODGE AVENGERS / ROAD WORKERS. I loved NATURE WORSHIP and DOUBLE NEGATIVE, and particularly the implication that actually Keith Richards is apparently totally satisfied. PAROLE BOARD is pretty meh entry, but the rest of these are fine. I am not a car person so I googled DODGE AVENGERS and I have to say, it’s a pretty boring looking car relative to its name. 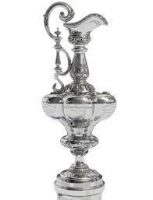 Overall, I’m just super impressed by how clean this grid is, and how smoothly the solve went despite the density. Tons of stars from me.