Yes, indeed! Each theme answer starts with the word “yes” in another language. 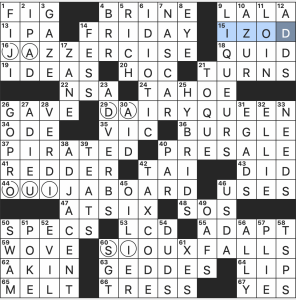 I don’t remember seeing this before and I enjoyed it! The theme entries were straightforward and accessible. Nothing in the fill jumped out at me as inappropriate for a Monday solve, either. Nice!

What I didn’t know before I did this puzzle: see above re: Morse code.

Theme: Phrases whose first word is a synonym of “unclear.” The revealer is NEW GLASSES (60a, [What might be needed to clear up this puzzle?]). 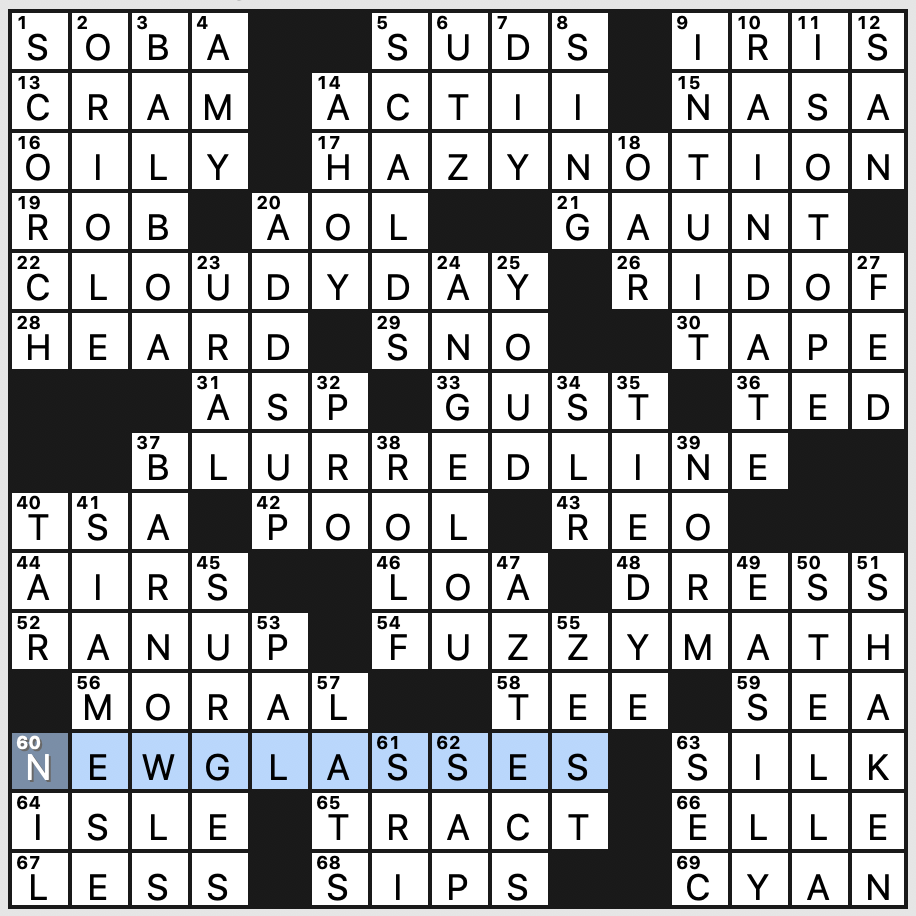 Cute, playful theme, but these phrases are not equally as strong. Still, it works well enough to get our Monday going, and it’s clear enough (as it were) to be accessible to new solvers.

Fill fill fill! We’ve got RAIN DATE, BARN OWLS, and Maya ANGELOU as the standouts. I tried SCALD where SCORCH ended up being only to find SCALDS a few entries later. Other goodies: BALBOA the explorer, AZTECS, SIAMESE cats, and STELLA!!!!

I like the playfulness of the theme, but I wish a stronger themeset could have been found. 3.4 stars. 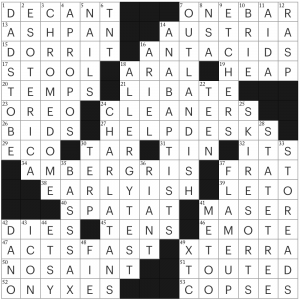 Hello and happy Monday! I’m coming to you live from my backyard, where it is 66 degrees and sunny, with a Kameron Austin Collins New Yorker Monday! This puzzle was pretty challenging and definitely enjoyable. Let’s discuss!

First, grid shape. I’ve said it before and will probably say it every time– I love a good pinwheel. This one is interesting in that the wheel is somewhat offset, and there’s a black square breaking up the middle, so we not only have a pinwheel, we have a cool variation on a pinwheel. Love it.

The long entries today are generally pretty shiny. I particularly enjoyed DADS-TO-BE, ESOTERICA, and CHROME DOME in the NW, but CHARLATANS, OUTLANDISH, ANABAPTISTS, and ALLERGY TEST are also great. I have never read Moby Dick, so AMBERGRIS was new to me, but the crosses were easy enough (with the possible exception of RIANT, which would have been a guess if I didn’t know enough French to infer an R in -GRIS). In general, though, the ESOTERICA of this puzzle was fairly crossed, making this a tough-but-fair Monday New Yorker. 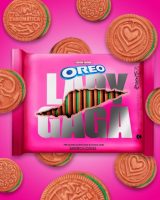 Overall, plenty of stars from me. I enjoyed this solve a lot! See you Wednesday. 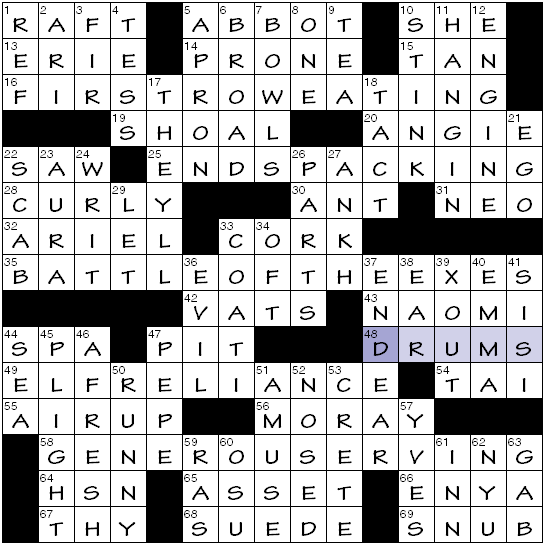 Here’s the grid with the squares I needed to check to find out what was wrong. The error in the SE was a typo. The others were flat-out errors. I did not know CYRIL Kinnear and couldn’t call to mind FOO YONG for [Chinese omelet]. So that’s the review and “what I didn’t know before I did this puzzle,” all up front. Cheers! 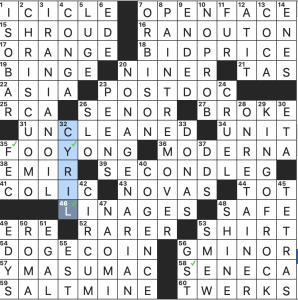 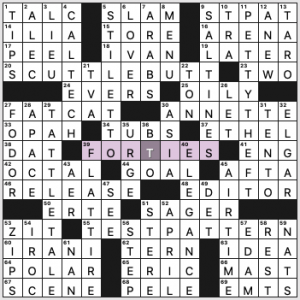 (Oops, forgot to add this write-up to the post after I wrote it!) The theme revealer is FORTIES, 39a. [Decade in which the Slinky debuted … and a phonetic hint to the answers to starred clues], and each of the themers contains four T’s:

It’s a Monday-friendly theme that gets the job done.

Seemed like an awful lot of vocab I see far, far more in crosswords than in the rest of my conversation and media consumption: ILIA, OPAH, OCTAL, AFTA, ERTE, IRANI, TERN, APACE, IROC, STERE (!), and ELGAR. It gives the impression that the target audience is people aged 40 to 100 who have been doing crosswords for decades already.

2.5 stars from me, thanks to the antiquated fill.