I always like Andrea’s puzzles. This collaboration between two veteran constructors is no exception.

Each theme answer ends in the sound “way,” spelled differently every time. 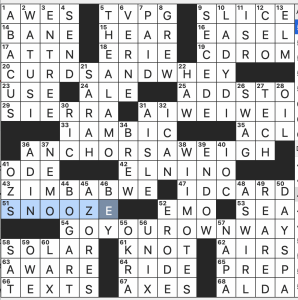 English is a weird language. Look at all those different ways (!) to make the same sound. Yes, I know one of them is transliterated Chinese. Still. Fun theme! I wondered if WIIMOTES was a theme-adjacent entry, but it’s a different sound. 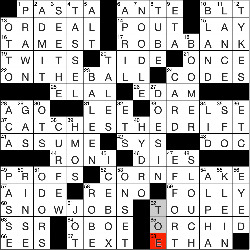 I always enjoy seeing Catherine Cetta’s byline, because I expect things to be nice and fresh. And I have to say that the fill in this puzzle is just about perfect. She clearly knew this was a Monday kind of theme and she strove for easy fill, with nothing harder than BALEEN and pretty much everything else a whole lot easier.

Although this is a Monday kind of theme, I would argue that it’s very much not a June kind of theme, at least not where I’m sitting. That’s because it’s hot and sticky as you-know-what here in NYC, and I know this isn’t the only part of the country that’s pouring sweat. And then you’re gonna show me a theme about snow? Unkind. Not the constructor’s fault, obviously!

Anyhow, the revealer at 60A [Persuasive efforts using insincere flattery … and a hint to the last words of answers to starred clues] is SNOW JOBS, because the word SNOW can be placed before the last word of each theme entry to make a new word or phrase. I think this theme would’ve been cleaner simply having SNOW as the final Across or Down answer, so that the revealer clue wouldn’t have to do such backflips.

Despite my quibbles with the theme, this is a really lovely puzzle. Small number of proper names and lots of evocative entries like CURFEW and PRAWN and ORCHID. And I learned what BALEEN is. Into it!

You know what I think of when I see the word BEHEADS? The news. I’m not a regular cryptic solver and I don’t have any succulents around the house. Don’t want me to think about human decapitation when solving your puzzle? Don’t make the revealer BEHEADS. 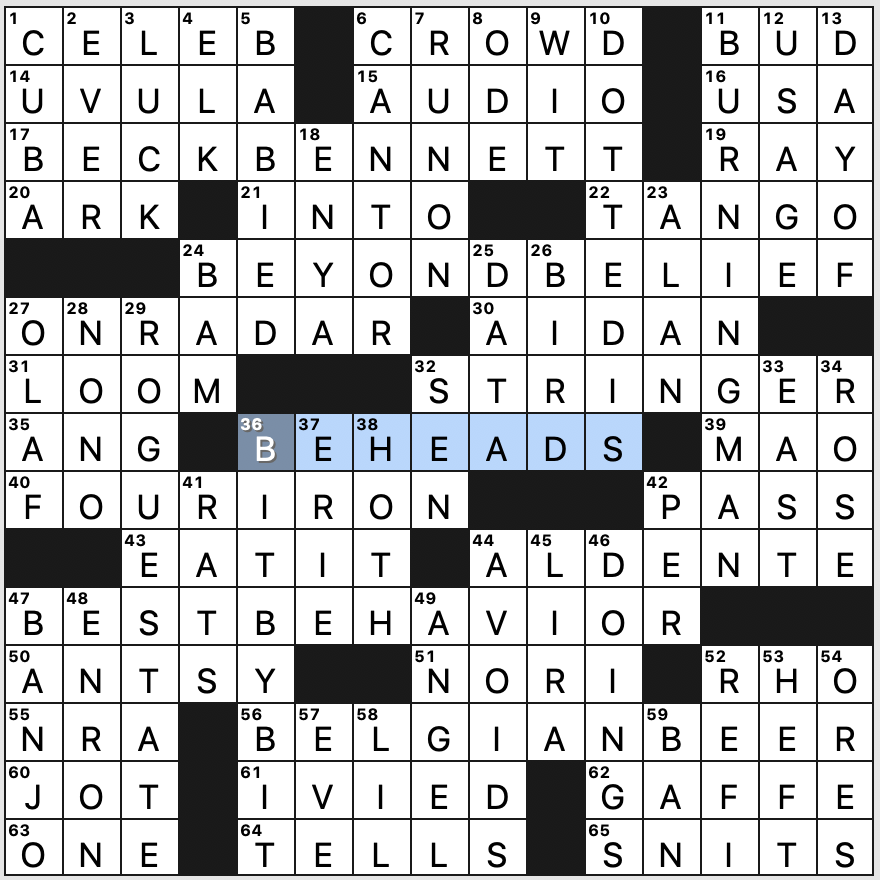 This doesn’t redeem the puzzle in my eyes. It would take an incredible amount of cleverness to come back from that revealer, and this doesn’t do it.

And the title. “Buzzwords”? I think it’s trying to evoke bees, but the first thing I thought about was buzzsaws.

I once had a puzzle rejected with the revealer DOWN WITH THE SHIP with ship names in the Down direction. It was deemed too grim. But this is in a whole other league.

Even if you don’t mean to imply human decapitation, it’s there. Someone will think of it. I did, and I consider myself a fairly average solver. So yeah. Not all theme ideas should be made into puzzles. And not all puzzle submissions should be published. For me, this was in very poor taste. 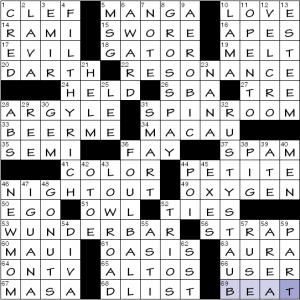 Here’s the lowdown: it completely slipped my mind that I had a crossword to write about this morning, and I’ve got to head out the door rather soon. So it’s going to be a quick recap.

Thematic answers are vertical, befitting the wordplay invoked by the title.

To varying degrees, the starts of those answers can be synonymous with ‘dirty’ or ‘soiled’.

I was about to ask for help with an entry I didn’t understand. I went to the grid to check what I was writing and realize the answer isn’t NOW A IT. It’s NO, WAIT. Oy. The clue is 34a [“Hang on…I just got it”] so IT shouldn’t be in the answer, anyway. As I said, oy. Aside from that moment of stupidity, I found this puzzle fairly straightforward. 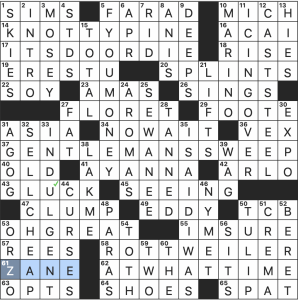 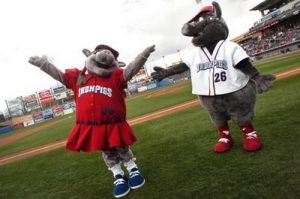 What I didn’t know before I did this puzzle: that Taylor Swift has won more AMAS than anyone else. I also have never heard the term GENTLEMAN‘S SWEEP for winning four out of five games in a playoff series – anyone else? David REES and ZANE Lowe are new to me as well. 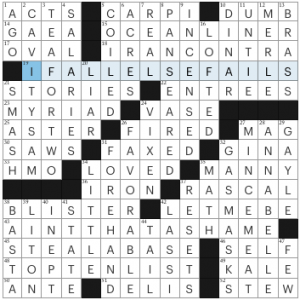 Apologies for tardiness, it’s been one of those days™.

Solid puzzle, smooth fill. Had a couple hitches while solving—HIT ON instead of LIT ON at 59d obscured the paint BLISTER, and the [hard-to-read documents] were FAXED, not FADED. Was thinking of geese and the Blue Angels for that 24d [Member of a flying team], but it’s VIXEN, one of Santa’s reindeer. D’oh!