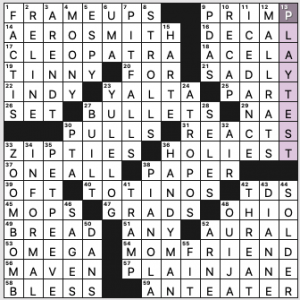 My solving time would have been 30 seconds faster if that blank square hadn’t eluded my eyes! It’s a miracle I was able to solve any of it, actually, since my sightline includes the TV that’s showing A Quiet Place, Part II and there is a lot of screaming. (It’s from me.) Far too many jump scares and I can’t take it!! — Oh, it’s over! Whew. I only saw the last half hour and I. am. spent.

Moving on to the puzzle—Highlights! We got ’em. FRAME-UPS, AEROSMITH, and CLEOPATRA (17a. [Last of the Ptolemys], and I can only assume the editorial team looked up the proper way to pluralize Ptolemy) are only the first cool corner stack. ICE DANCE, MALLRATS, and PLAY-TEST are great, and so are the other stacks. Those bottom stacks taught me a couple things:

Non-stack stuff I liked: ZIP TIES, TOTINO’S (clued as [Big name in pizza rolls]; uh, are there other names in the pizza roll arena?), PLAIN JANE, and PITFALLS.

Four other things that caught my eye:

Theme: All of the themed answers have two sets of double TTs in them. 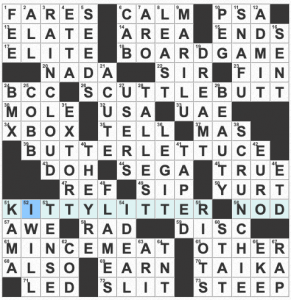 When I first saw that “Tea Sets” was the title of this puzzle, I was immediately worried. As a fervent coffee drinker with little tea experience, I wasn’t sure that the theme would come through as quickly for me. I didn’t really use it as a key to my solving, but looking at the completed grid, it makes for a fun bit of Friday wordplay.

One of the qualities of USA Today constructors that I come is the use of creative examples, and I felt that 18a [“Go or Indigo”] was another great example of using words that 1) aren’t your common BOARDGAME examples and 2) are words with entirely different meanings. Even googling Indigo the game, Google immediately autofilled to “Indigo GameCube,” so I had that walk down gaming memory lane. Once I pulled myself out of that, I checked out Indigo, and it is a tile-laying game where everyone is trying to build their own maths in order to move gemstones. It looks like a lot of fun, and I can’t wait to find a way to try it.

Interestingly, this is the second SEGA (44a [“Genesis maker”]) I’ve seen this week. It also appeared in Amanda Rafkin and Ross Trudeau’s Wednesday NYT puzzle (also a very fun solve if you’re interested). Sonic’s creators must be hovering in the crossword hive mind.

Some of my other Friday faves included:

Overall, I’m glad I got my morning tea from this puzzle. I love that it ended with 73a [“Verb on a tea packet”], and I’m sure that the theme continued to STEEP in my brain for the rest of the day. 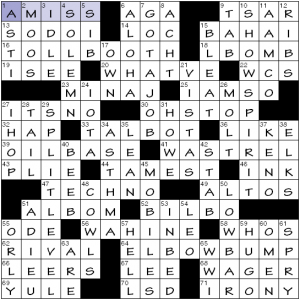 There was something 1a [Off] AMISS here earlier this morning—I mistakenly wrote about tomorrow’s LAT crossword instead of today’s. Oh, the IRONY (71a).

In my feeble defense, the email attachments (yes, we have early access to a week’s worth of the LATs) were out of order, with the puzzle for the 13th in the final position, so that the one for the 17th was in the Friday file’s location. Also, I’m expecting a package on the 17th and I checked its status in the wee hours this morning, where it informed me it was arriving ‘tomorrow’, which my sleep-addled brain interpreted as Friday, so perhaps I didn’t quite shake that notion from my noggin. But that’s ancillary; the main issue was the misplacement of the attachment.

This was a significantly faster solve than the Saturday puzzle—no surprise there. Didn’t catch on to the theme until reviewing the grid at length, as I filled in the revealer without reading its clue, and there aren’t any obvious theme entries.

It’s quite an impressive construction, and to think it completely eluded me.

Nothing special, but the best I could do.

David P. Williams’s Universal crossword, “Getting Up for the Day”—Jim P’s review

Call this The Grid of the RISING SUN (57a, [Early-morning sight, or a hint to the word that turns up in 17-, 28- and 45-Across]). The main theme entries are familiar phrases that feature the trigram -SUN- somewhere inside, but said SUN turns upward at the S. 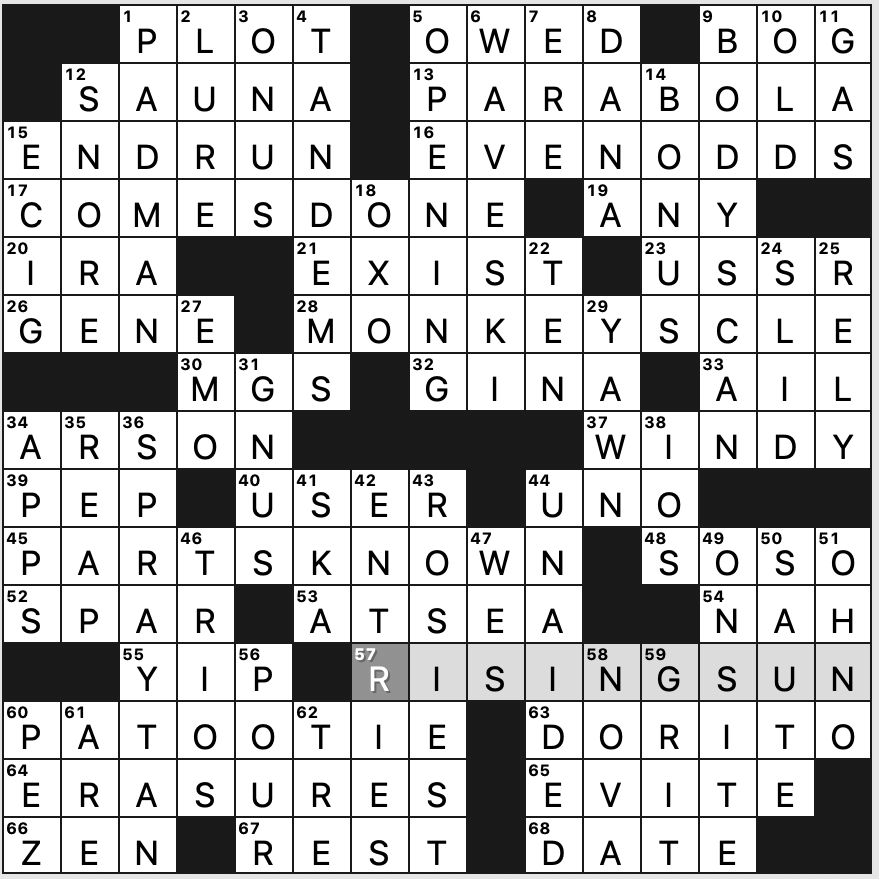 I was really thrown off with the first entry because the UN of 15a‘s END RUN made me think the missing letters were just one row above. That made me really question the second entry since it looked like MONKEY’S USCLE. It wasn’t until I hit the revealer that things started making sense. 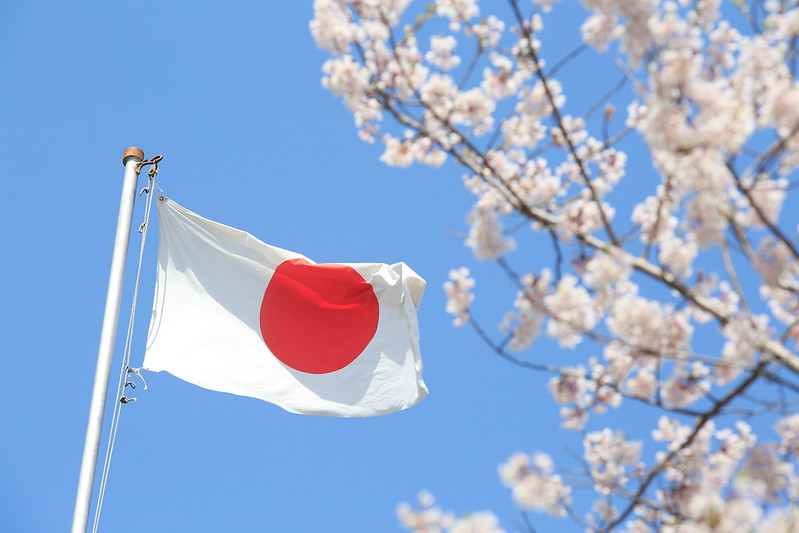 Aesthetically, as a solver, I prefer a theme entry that stays in one piece, as it were. This type of theme—where the entry turns, but doesn’t return to the the main theme entry—forces the solver to mentally jump back to pick up the remainder of the themer. It’s certainly not a new theme type, but I find it to be slightly inelegant. But that said, this is a good example of this puzzle type.

I needed all the crossings for PADMAN [Monica who co-hosts the “Armchair Expert” podcast] having heard of neither her nor the podcast. TRIOS and TRE feel like a dupe. 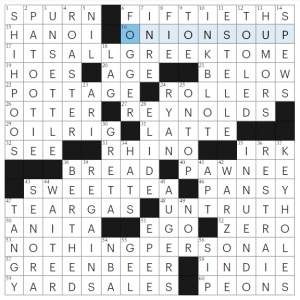 Things that made me say Hmmmm:

This is a fun and lively themeless from the Inkubator – just the thing for a hot and muggy evening that is close to vacation, but not quite there yet.

I liked the juxtaposition of the long Across answers in the NW and SE: MERE MORTAL above NAOMI OSAKA, and then AVID READER  over RED HERRING. Since I’m a AVID READER of mysteries, I come across a lot of RED HERRINGS in my books. 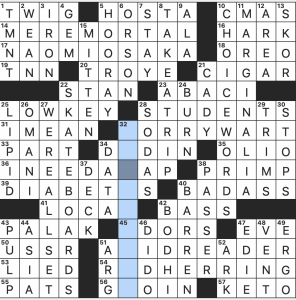 What I didn’t know before I did this puzzle: never heard of Sivan TROYE or ASIA Kate Dillon.