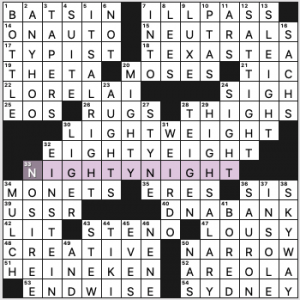 This puzzle is a’ight, as they say. The three longest Acrosses each contain two IGHT’s, stagger-stepped in the grid, and five of their crossings contain IGHT as well. It looks neat.

Fave fill: “I’LL PASS,” EIGHTY-EIGHT piano keys, “NIGHTY-NIGHT,” HEINEKEN, ANYHOO, EINSTEIN, “IT’S ALRIGHT” (I know alright enrages some of you but I have a soft spot for it), the AUGHTS (2000-2009), Chrissy TEIGEN, and SAT TIGHT. 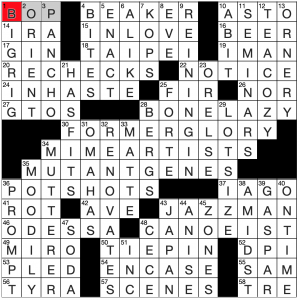 A few notes, including those central stack entries:

I’ll stop there! Here is that promised song: 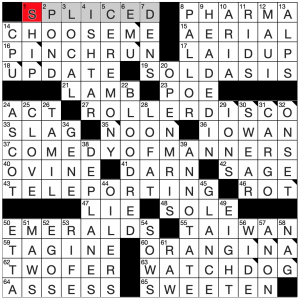 It’s been a brutal week. My brain is not working! Having said that, this puzzle was a BEAR. Yes, I am solving in Across Lite again on my Mac, and yes, you can see many error marks in the solve. I am working on a deadline, here! As always, the puzzle seems to look a lot easier once it is completed! Not sure why … ! I am not too familiar with Steve Mossberg’s puzzles, and I am not sure that I remember him having a puzzle appearing in the “Stumper”. Great puzzle today. Maybe not being on quite the same wavelength just yet as Steve is part of the issue; I will have to head to his site and do more of his! 4.8 stars from me today for a true Stumper!

Everyone have a safe and healthy weekend! This pandemic is still not over yet! 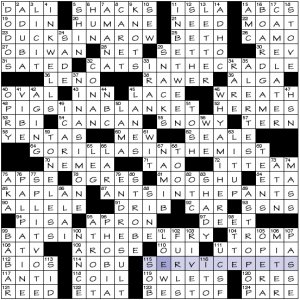 Not sure how I feel about the theme. Let me list them after the revealer and see if that gives me a better point of view for context.

Hmm, musing… Still not buying into it fully. Too contrived, too weird.

Haven’t got much else to say about this one. I’m still left with a weird VIBE (41d [Vague sense]). 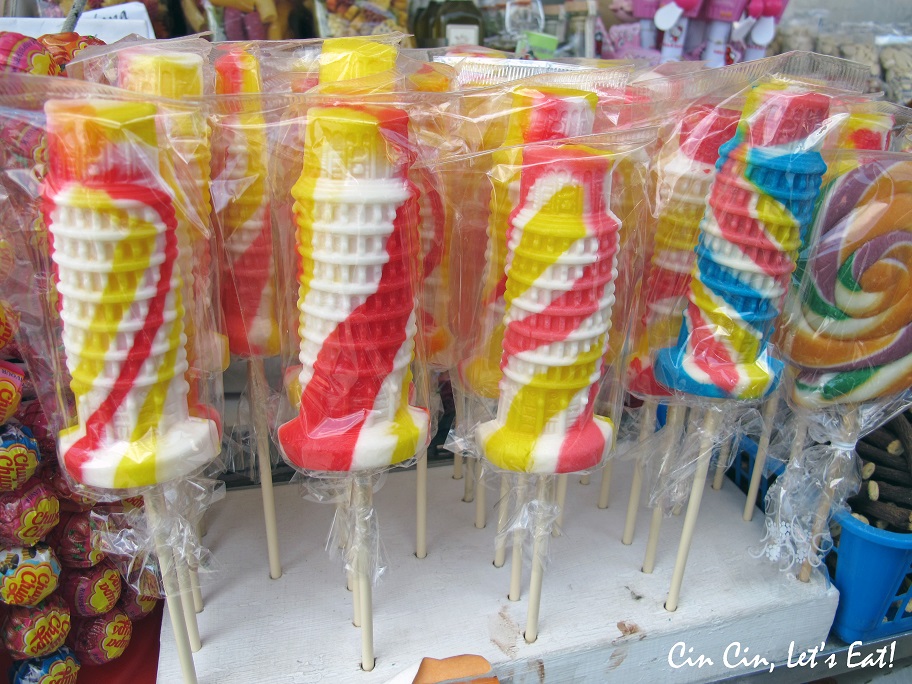 I don’t recognize either of our constructors’ names today. Looks like it’s a debut for both! Big congratulations. And keeping in line with the theme today, you should be offered the highest praise.

THEME: Things that are high (with wordplay in the clue). 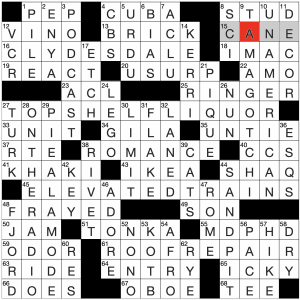 Excellent theme here! I like how the clues consistently have nothing to do with their, rather literal, interpretation in the entries.

I must admit, I gave up on looking for the typo in my grid. I searched for much longer than it took me to actually fill in the grid and did not catch my mistake in the TAMAGOTCHI / CANE crossing. It was very easy to convince myself that a CONE was some sort of [Hollow stem], and my version of the spelling of T[O]MAGOTCHI fad I had all but forgotten about seemed quite viable. So, a rare Universal DNF for me I suppose.

Fill seemed pretty standard. Nothing stuck out as particularly flashy or ICKY either. Not a fan of degrees in puzzles because I can never get them straight and they all are similar in their abbreviations. But M.D. PHD was inferable.

Not sure if ON THE RADIO and ROOF REPAIR strike me as in-language-stand-alone phrases. Although, I cringe every time it rains hard. I have a slow drip right above my piano that is now always covered in towels. Better call ROOF REPAIR now. 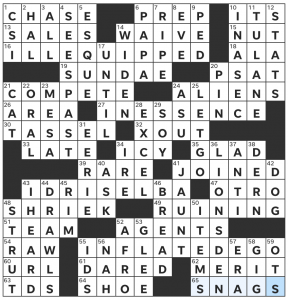 I admire the USA Today puzzles because of their simplicity––when done right, their themes tend to be approachable for new solvers. Today’s theme fits right into this box. The title, “I Before E,” tells you exactly what you’re going to see: four theme answers where the first word begins with “I” and the second word begins with “E.”

16a. [Lacking the right tools] is ILL EQUIPPED.

43a. [Actor in “Beasts of No Nation”] is IDRIS ELBA. I might have chosen a different Elba role for the clue––perhaps Heimdall from the Avengers franchise––but I still got this pretty easily from the crossings.

55a. [Too-large sense of self-importance] is an INFLATED EGO.

No wordplay or misdirects in these clues, but nothing really in common besides the I/E theme. I would have liked to see more rigid criteria to tighten this theme set: the “I” words and the “E” words could have all been the same length, or they could have all been people, for example. In the absence of this, I especially would have liked to see the theme carry over throughout the entire puzzle––AKA, no E’s before I’s anywhere. Vu came quite close to accomplishing this, but unfortunately 66a. MERIT and 31d. EERIE leave the puzzle just shy of this feat. Altogether, not a bad theme. It’s consistent and logical, and (with a little bit of refinement) could be quite fun.

The cluing today was straightforward, with a primary focus on solvability. Some answers that popped out to me:

30a. Though we might be a bit past graduation season, [Feature on a graduation cap] was a nice way to clue TASSEL.

32a. [Draw intersecting lines through] –– I’m not too sure about this one. I can mayyybe let EX OUT slide, but X OUT seems like a weird jumble of abbreviation.

52a. [People who represent talent] –– Funny to see AGENTS, clued in the Hollywood sense, right above INFLATED EGO. Coincidence or intentionally tongue-in-cheek? Either way, I liked it.

60a. [www.81cents.com, for example] –– It’s a URL, of course, but I (like most solvers, I imagine) had never heard of the website in question. I googled it, and it turns out it’s a service that provides salary information in the hopes of reducing the gender pay gap. This is cluing done right: enabling the solver to learn something new without sacrificing solvability. Well done.

52d. [Hairstyle protected by the CROWN act] –– Fantastic clue for AFRO. The CROWN act, which stands for “Create a Respectful and Open World for Natural Hair,” is a Californian law passed in 2019 that prohibits discrimination based on hair style and texture. With the growing media coverage of double standards surrounding natural hairstyles such as locs, braids, and AFROS, I hope this is the first of many laws of its type.