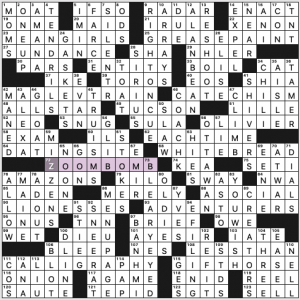 The name of the game is apt anagrams, where the all-caps word in each clue needs to be anagrammed to become an answer to the clue:

There’s a good chance all of these anagram pairs appear on lists on the internet but you know what? If I’ve seen them, it’s been a while so they all felt fresh and I liked working through the theme entries.

Four stars from me. Enjoy the rest of the weekend, friends!

THEME: Phrases that sound like there’s a breed of dog in them, clued doggy-style.

This was a fun, rather loose theme. A bit of a diversion for the WaPo in that sense. This is not the type of puzzle to be over-analyzed or taken too seriously, so I’ll do my best not to. Yes, you have to accept that POODLE sounds like PADDLE and that CHOW–CHOW sounds like CHOO-CHOO (those two were both of my favorite entries), but that’s easy enough to do. I thought BEAGLE was referring to those Bugle corn chips for a hot second but then thought better of it. LIPSTICK ON A PUG felt a bit more off than the others since the phrase doesn’t strike me as changing all that much… it’s still LIPSTICK ON A(n) animal. The visual is nearly the same.

Didn’t know FLAGPOLE SITTER was a thing! I suppose I never really listened to the lyrics of this song:

SLEEZY as the dwarf after I started to change SNEEZY to SLEEPY and then got distracted by a butterfly.

RACE PEEL instead of FACE PEEL as I misspelled OR(F)F‘s name.

Hope you’re all safe from Henri!

Cute theme today which features familiar two-word phrases whose first words end in the same sounds that start the second words. These sounds are “blended together” such that the second word basically has its starting sound removed thus forming a different word, and thus ensuring crossword wackiness. 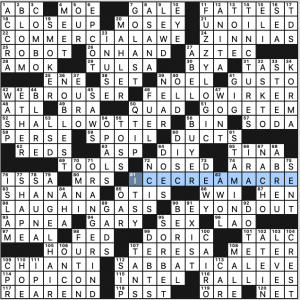 I enjoyed this. It started out slow but got better toward the end.

Did not know baseball player Jose ABREU, and the entry “BE REAL!” feels far less common than “Get real!” 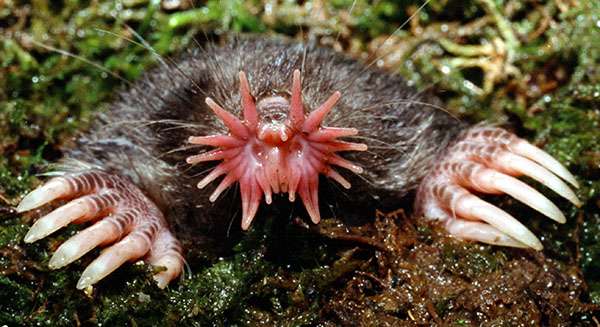 Theme: Every answer includes the word OUT before the word IT, meaning that the themers have OUT with IT. 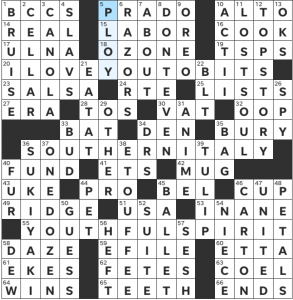 Relatively simple theme here today, but I enjoyed the theme answers. I got Southern Italy right away, and after that, it was relatively easy to get the next two.

We had a couple of other good duos today. There were two Olympic-ish mentions: one in 51a [“Chloe Dygert’s Olympic team] (USA) and – this is the “ish” – 64a [“Takes the gold”] (WINS). Then, there was the duo of FURbaby/PET references in 40d [“It might cover a cat owner’s pants”] and 44d [“Animal in a family photo”] respectively (and consecutively). If we expand this to animals more generally, we also pick up 33a [“Flying mammal”] in BAT and 65a [“Giraffes have 32”]. Coincidentally, that’s the same amount of TEETH an adult human has.

I feel like I could definitely make at least 2 grocery LISTS (25a [“Grocery shopper’s aids”]) based off of the food- and kitchen-related clues here:

I thought that COOK was a nice twist on the oft-seen “have some [insert food item that I will drool over here]” and that CUP was a nice acknowledgement of the fact that there are two soup sizes you can order.

“Out with it” may have been our theme, but I think that the real treasure was the selection of food and wine we filled along the way.

An easy peasy puzzle from Alex Eaton-Salners? Unheard of!

THEME: Two-word names/phrases whose first letters are EZ or PZ. 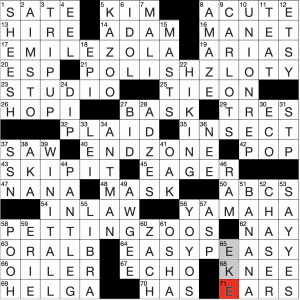 Hard to see the byline without expecting some sort of curveball. There’s not much of one here, but rather a pleasant scrabbly solve based of a cutesy phrase.

Clue for ADAM [Name that sounds like a tiny particle]. SHEESH (even though it TRIPped me UP), PANT LEG (cute visual with the clue), SKIP IT!, and WIN IT ALL.

Coulda done without that plural ADZES hanging out in there. 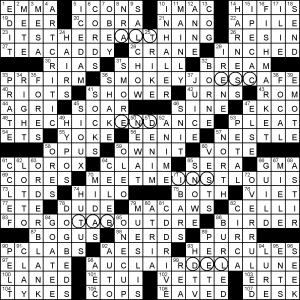 Roland Huget’s Sunday puzzle features a theme with two disparate parts. All of the theme entries are, broadly, musical, and have a computer key trigram somewhere within. There are quaint jingle ITSTHERE(ALT)HING, jukebox musical SMOKEYJO(ESC)AFE, torturous THECHICK(END)ANCE, early 20th century MEETME(INS)TLOUIS, vintage rap song FORGO(TAB)OUTDRE and even more vintage AUCLAIR(DEL)ALUNE which is not the same as CLAIRDELUNE!