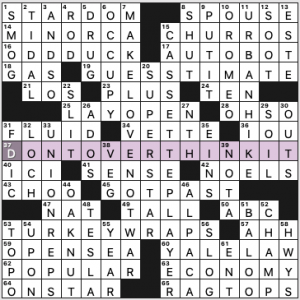 Not your usual grid layout for a themeless—the center of this 70-worder has a 15 and two 11s crossing two 14s and a 9, and them the corners are very seveny.

Liked the puzzle all right but didn’t love it. 3.9 stars from me. 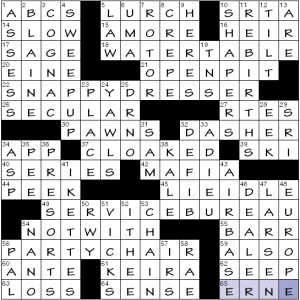 Familiar phrases unrelatedly containing homonyms of pieces of furniture couched as if they were indeed about furniture.

As for the rest of the crossword, the cluing seemed a little tougher and trickier than usual. Perhaps it’s a one-off, or perhaps the Los Angeles Times is making the end of the week a little more challenging, or perhaps it’s simply that I’m the one that’s off this morning.

Theme entries are words that come with rebus-type clues. The revealer is CHARACTER SKETCH (58a, [Certain description in literature … or the clue for 38-Across, 3-Down, 7-Down or 11-Down?]). 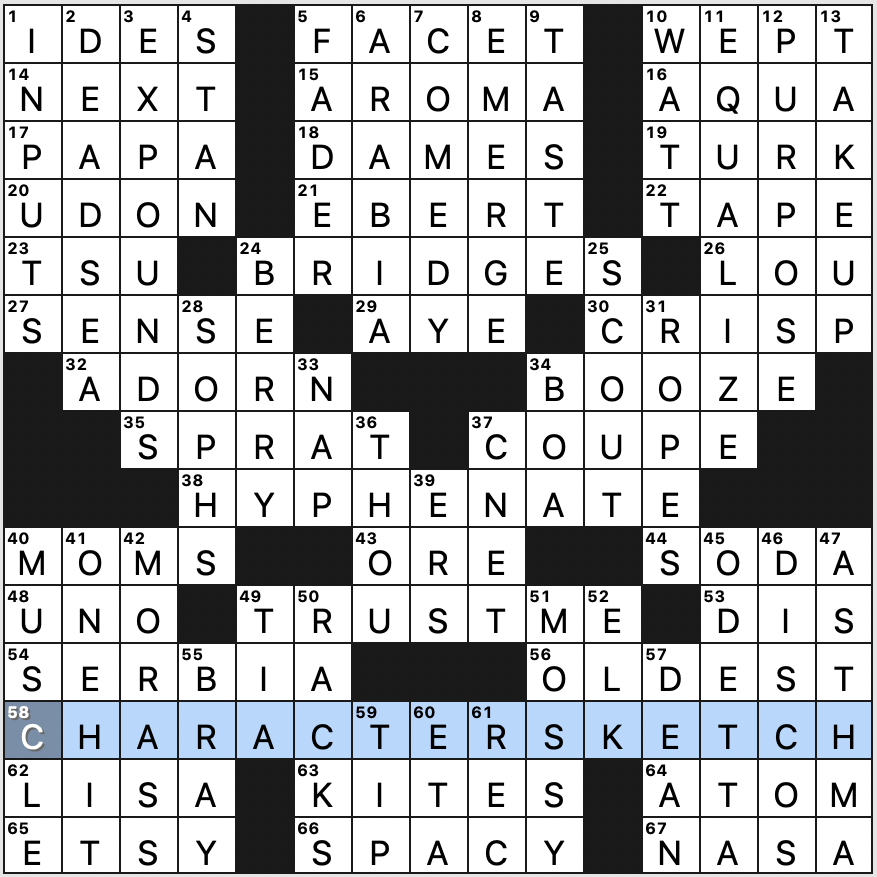 Cute theme which didn’t take too long to grok when I got to HYPHENATE. But it sure felt like it was light in theme material with a 9, two 8s, and a 7, aside from the revealer. But looking at the grid, I see that every section is constrained by theme material, so maybe adding another entry just wasn’t possible without compromising the fill which is nicely clean as it is. 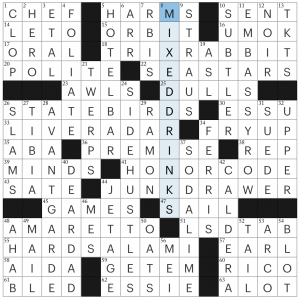 Happy Friday everyone! I have been suffering from November Ennui lately, but this puzzle was a nice respite from that. I hope you all had a lovely Diwali yesterday! Below are some puzzle highlights: 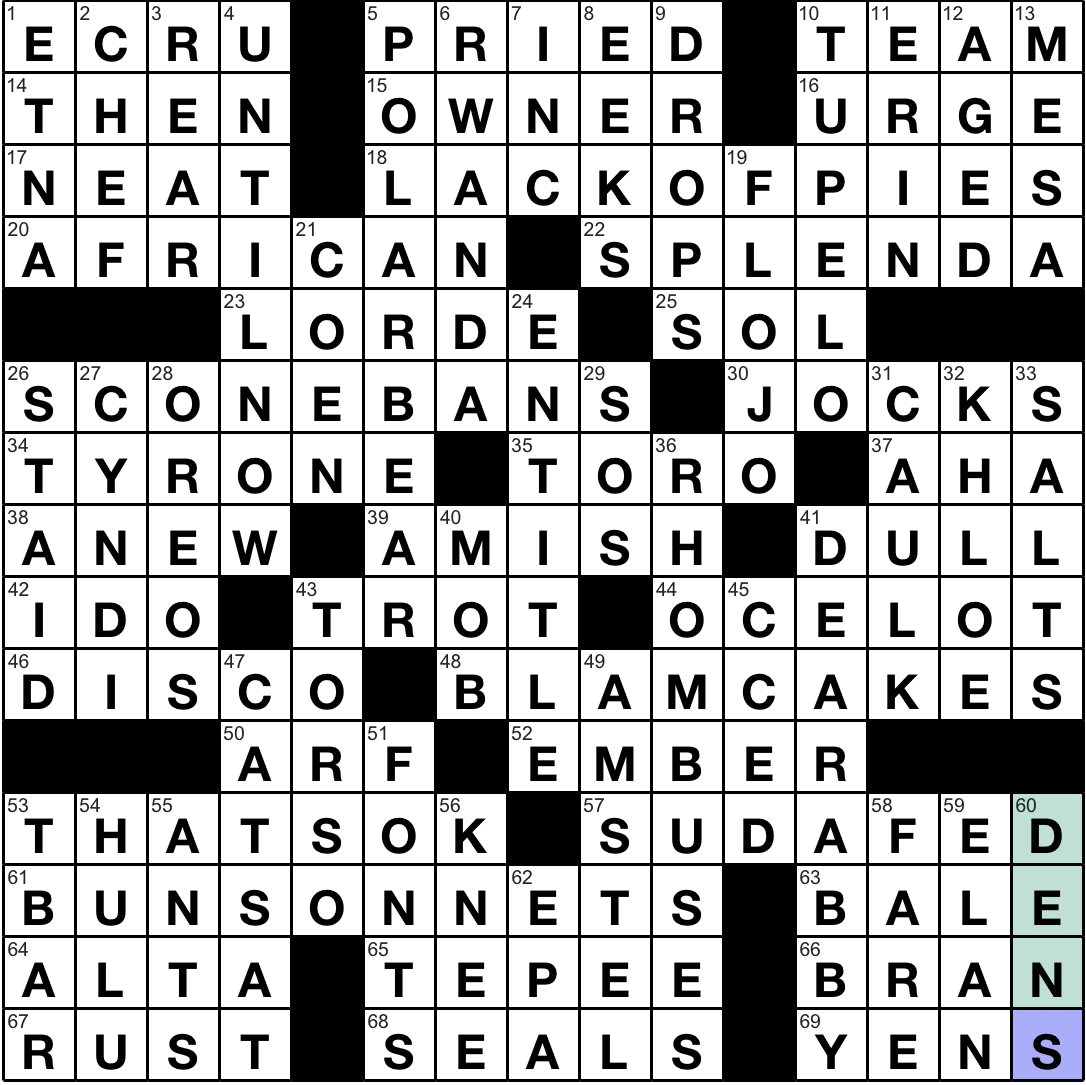 Breezy solve with some fun finds for the themed entries. SCONE BANS was definitely my favorite, and BUN SONNETS stood out as more positive than the others, but overall a good set of answers if you’re a fan of spoonerisms.

Theme: The first word of each themed answer combines with “blue” to form a shade of the color. 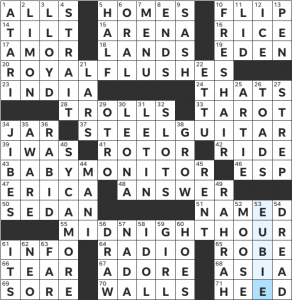 I enjoyed this theme, and it was satisfied to look at the colors afterwards. Clue-wise, I struggled with STEEL GUITAR because I wasn’t familiar with Joseph Kekuku, but this ended up being a great segue to learning more about Joseph Kekuku, the Hawaiian inventor of the instrument whose “unique sound provided an essential layer of yearning emotion that can be heard on hundreds of immoral country recordings.” Color-wise, I struggled with MIDNIGHT BLUE since I tend to think of that color as navy blue, but I love MIDNIGHT BLUE as more descriptive. It also happens to be one of my favorite colors.

Grid-wise, I enjoyed the shape of this puzzle. ROYAL FLUSHES and MIDNIGHT HOUR created some tight corners that made the middle sections of the top and bottom portions of the puzzle feel more secluded (I kind of love that WALL borders the bottom of the grid), but I thought that the diagonal movement through the center starting with TROLLS and ending with ANSWER was both aesthetically pleasing but also kept the grid interconnected.

This was a colorful puzzle that I skated through today, hovering right over three minutes, which is fast for me on a USA Today. Anyway, have a good weekend!