This one is on the easier side for the Inkubator puzzles. Each theme answer contains the name of a goddess. The clue tells us who worships her and the circles tell us where to find her. 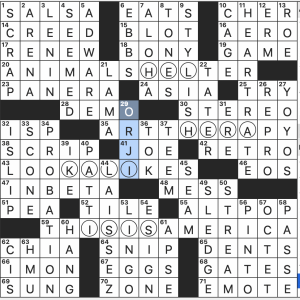 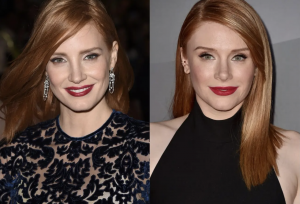 Howard on the L. I think.

What I didn’t know before I did this puzzle: see above re: HEL. I also didn’t know that CHER sang “Fernando” in “Mamma Mia! Here We Go Again” and I’ve never heard of Yvonne ORJI.

I was expecting a revealer of “NO BS” or something similar. Instead we get the surprising COVER BANDS (58a, [Tribute groups, or a four-part hint to the starred clues’ answers]). The “four-part hint” is revealed when you re-parse the phrase as COVER B AND S. In other words, ignore those two letters (or cover them with your thumb, perhaps) to make sense of the second half of each theme clue and the crossing Downs.

There’s a lot to unpack here, so let’s get to the themers. 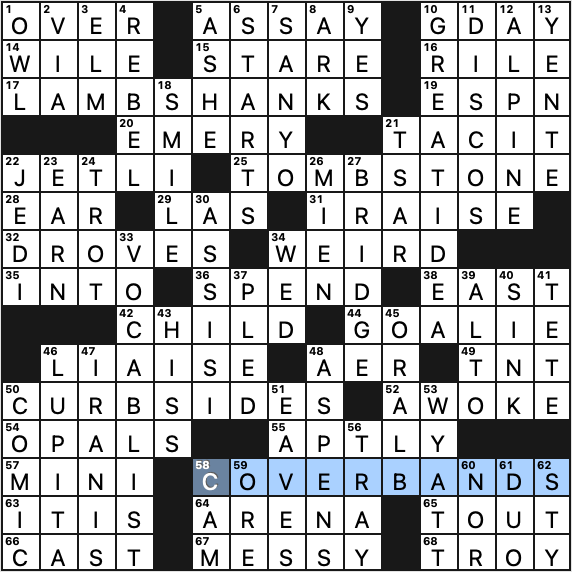 Pretty nifty, yeah? Despite all the moving parts, it wasn’t too difficult to grok and it kept my interest throughout. Like I said, the revealer was surprising, but made sense once I broke it apart. Even the title needed an aha moment, requiring me to re-read it with “obscure” as a verb, not an adjective. Impressively put together all around.

With all that theme going on, there’s not a lot of room for extra sparkle, but GREAT IDEA is top notch. I also liked GOALIE, LUPITA Nyong’o, and JET LI. Everything else is fairly standard, but pleasantly crud-free. I even spotted my Wordle starting word at 15a.

I found the theme satisfyingly meaty but still accessible. The smooth fill only adds to the overall experience. Four stars. 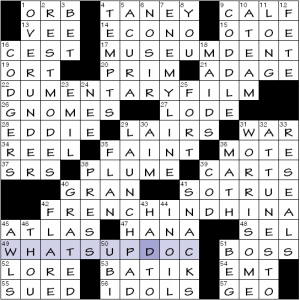 The revealer spells it out.

I really enjoyed this theme. Not world-shatteringly new, but fresh enough and very competently executed.

Okay, regular readers will know that in my write-ups I tend to make a habit of collecting and reporting similarly-worded or otherwise aligned clues/answers—I’ve done so today as well. BUT, this crossword was so full of them it would have been weird to enumerate them all, or even most. So as shorthand I will limn some more here: 5d/52a ACURA/Legends; 7d/31a Combat/WAR; 7d/34a LINE/Line; 39d/41d chips/Chips; 46d/50d Brutus/Brutus. So, was I targeted? 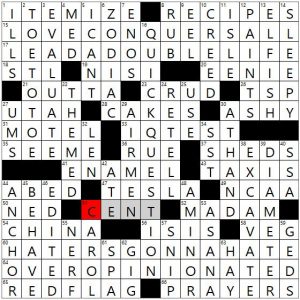 Matt here, filling in for Amy for the next two Fridays.

Neat grid from Evans Clinchy today, little more segmented in the middle than we’d typically see in a NYT themeless, but in large part due to 15s in the top and bottom connected by QUICK QUESTION [“I just need to know this one thing …”] running right down the middle of the grid.

I quite liked the clues in particular for the long stuff – I’ve already mentioned 16d, but there’s a diversity of voice in the clues, from the academic [15a- Adage attributed to Virgil’s “Eclogue X”] for LOVE CONQUERS ALL, to the glib [64a- Conceitedly dogmatic] for OVEROPINIONATED, to the mild editorializing of [17a- Not be completely open with everyone, to put it mildly] for LEAD A DOUBLE LIFE. I’m noticing strong, imagery-rich clues more often lately, across all puzzles, and while it’s probably just me rather than a sea change from editors and constructors, I like it all the same.

I had mixed experiences to the other clues in this one – lots of stuff where I saw the misdirection coming, and something in each corner that I couldn’t sort out for a good bit. [44d Something that’s thrown out while using it] ANCHOR was delightful to figure out, while I’m a little less certain about [66a What father knows best?] for PRAYERS. I get the angle, but I would like “Father” to be capitalized here. Altogether, though, a nice challenge to start the weekend!

Theme: Each theme answer begins with a word that is a step in the gift-giving process. They are in chronological order, moving from buying, wrapping, to giving, and then to opening. 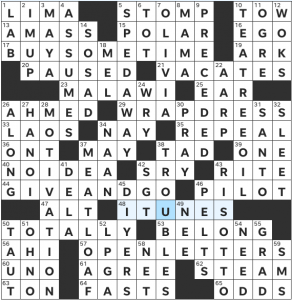 What an awesome theme! I love that these are in order so that we get a full image of the moments of gift-giving. Four theme answers fitting in order like this is such a feat, especially given how open the rest of the grid is. I fill in BUY SOME TIME and then worked somewhat insularly through everything else, so it wasn’t until I was finished that I noticed the theme, which I at first thought might have more to do with TIME based on that first answer. This quickly changed when I looked more holistically at the theme answers.

A great puzzle that has left me starving but delighted! Also – this is Angela Pai’s debut!! What an awesome puzzle to kick it off with; I can’t wait to see more! 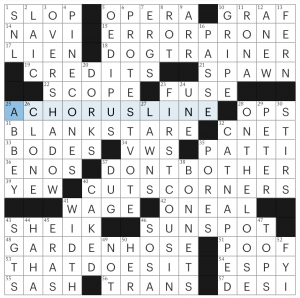 Entries that I liked: BLANK STARE, DONT BOTHER, CUTS CORNERS, THAT DOES IT, PROTEST VOTE, CATNAPPED

Entries that I didn’t like: I’ve never heard of LAIC and I’ve only heard of LIEN from puzzles. Them crossing is tough. I always prefer seeing DESI clued in reference to the Indian diaspora, but that’s just me.

Clues I liked: [One hired to improve a boxer’s performance] for DOG TRAINER and [What may help with bed-wetting?] for GARDEN HOSE. The clue for OEDIPUS, [Jocasta’s son… and husband], is one of my favorite types. I read it and thought “Jocasta? Who on Earth is that. This clue is impossible, I’ll get it from crossings” and then as the letters fell into place I realized.

Things I want to talk about: