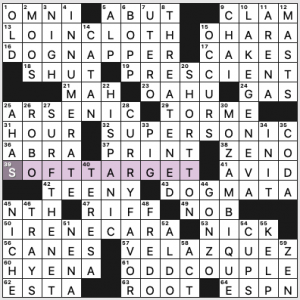 Fairly quick for a Friday puzzle (but absolutely not as easy as the Thursday New Yorker themeless!). At least, this one fell fast for me, the Knower of Many Names—I reckon the “yuck, names are just a trivia test” people are feeling less sanguine about this puzzle.

Four stars from me. Onward, weekend! 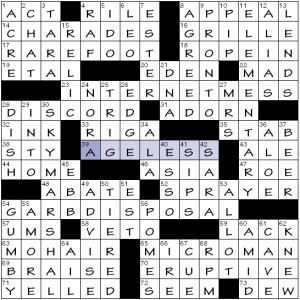 So there’s a bit of a mix. Two lose the -AGE from the first word (one of those is only a single word!) and two from the second word. An alternate, less charitable—in terms of assessing balance—parsing could be that three of the answers would have ended with -AGE and one would have had it in the middle.

The two-part revealer starts at 58a: IMAGINE / DRAGONS [With 60-Across, pop rock band behind “Radioactive” … or what you might do after discovering this puzzle’s theme]. The other theme answers are familiar(ish) phrases that can punnily refer to DRAGONS. 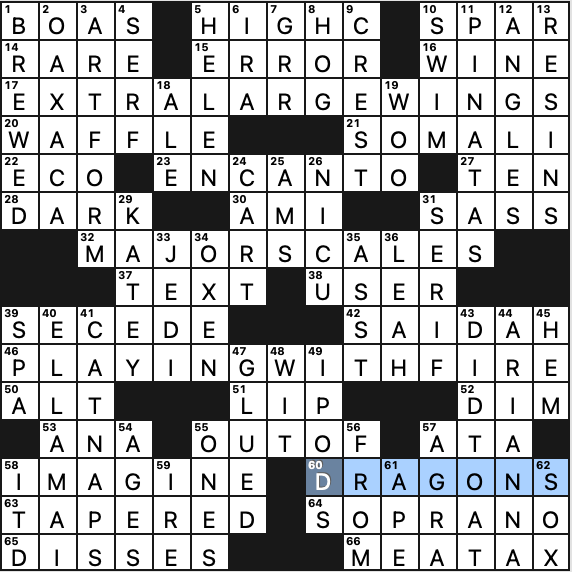 Despite balking a bit at the first entry, I enjoyed this and the aha moment that came with the revealer. The left-right symmetry is unusual and was probably necessitated by the weird lengths of the theme answers, but our constructors made it work well and I can even almost IMAGINE the face of Smaug (the dragon from The Hobbit) there in the middle of the grid.

The fill is quite nice with ART FORM, CATNAPS, SOPRANO, PIÑATAS, OAXACA, and ENCANTO (now I’m noticing a sub-theme there). I didn’t know some of these names: ELLA MAI, KATEY Red, and LEAH Lewis, but then I’m old. 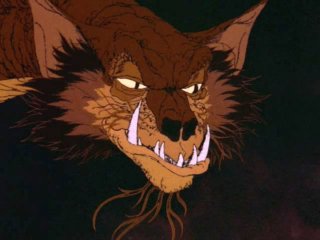 Smaug from the 1977 Rankin/Bass film “The Hobbit”

P.S. This appears to be the debut of fellow Fiendster, Darby Ratliff. Congrats, Darby!

Theme: Each theme answer includes a word that can be put before the word “group.” 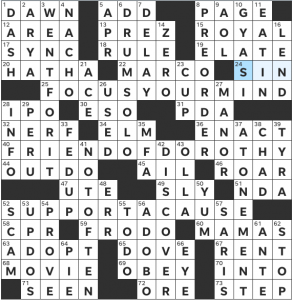 These were such great theme answers! I’ve heard FRIEND OF DOROTHY before, but it took me until I got FRIEND OF DOR for it to really sink in this time. The other two filled in pretty quickly from there. With two thirteens and a fifteen, it was a really solid amount of theme content too, which I appreciated.

I loved this grid as a whole with its four eights in 6a [“Antonio Sanchez improvisation”] DRUM SOLO, 42d [“Find”] DISCOVER, 41d [“Infrequently”] NOT OFTEN, and 8d [“Buy in advance”] PREORDER and two nines via 3d [“Took a chance”] WENT FOR IT and 37d [“Process of making up for past wrongs”] ATONEMENT. Plus, the grid itself felt very open, and the sets of three moving from ESO to ELM and, symmetrically, AIL and SLY were nice and smooth.

This was a great puzzle with too much good fill for me to talk about here!

Super smooth themeless from Carly Schuna with a good mix of wordplay and trivia. 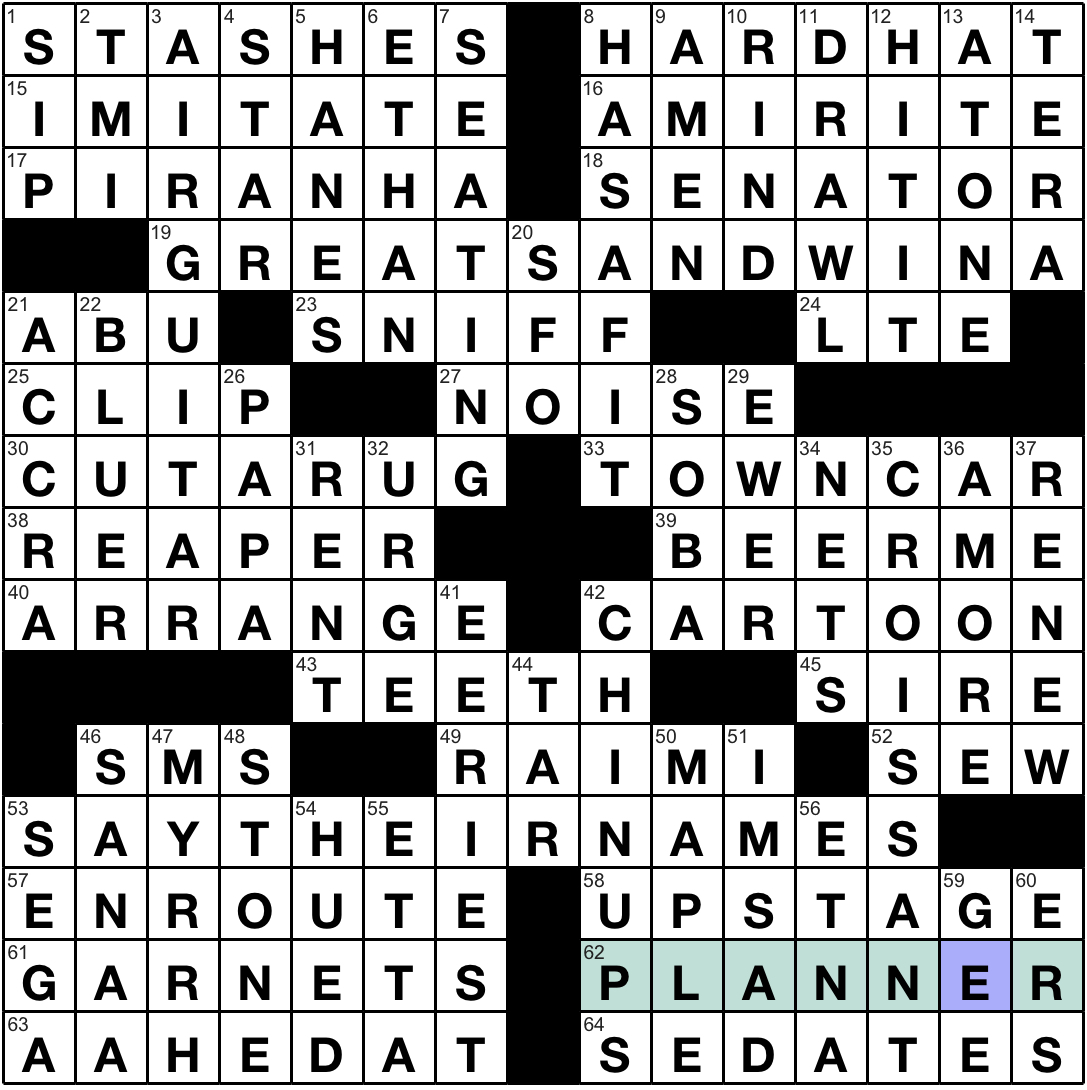 This was a fun puzzle from start to finish. Sometimes this many 7s can be difficult to keep interesting, but this puzzle keeps it fresh throughout.

3-Down [It might accompany a hairbrush mic] for AIR GUITAR

28-Down [More Smurflike] for BLUER 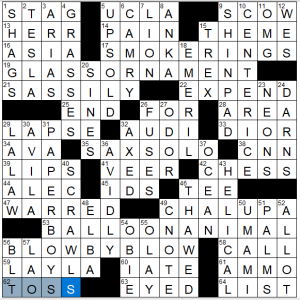 I like the theme. I also like the accessibility of the feel – the New Yorker is hitting their goal of easier themes. It’s reminiscent of Liz Gorski’s self-published puzzles at Crossword Nation. That it’s done with five themers, four of which are stacked in pairs. Entries like PAPERBOYS, CENTER ICE, and CHALUPA are lovely, and what’s the gluey-est fill that accommodates all these? I ATE? LA LAW? I find myself with not much to say when a grid is this smooth and accessible.