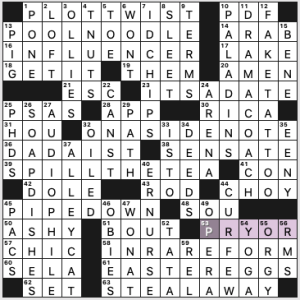 A fun and fresh Friday puzzle, pitched right over the Friday-level plate! My favorite clue is the one for Richard PRYOR because it made me laugh: 53a. [Comic who said “I’m not addicted to cocaine. I just like the way it smells”]. I hadn’t heard that one before.

Fave fill—and there’s a lot of it: PLOT TWIST, POOL NOODLE, INFLUENCER, “ON A SIDE NOTE,” SPILL THE TEA, PIPE DOWN, IN RARE FORM, EASTER EGGS, STEAL AWAY, E.R. NURSE, and DRAMA COACH. So much good stuff, I can forgive bits like EENY, CANST, SOU, and HOU. 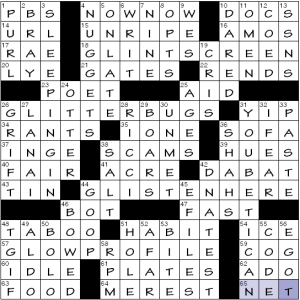 Modest theme here, simply affixing a G to the beginnings of various words/phrases to wackify them,

These are okay but not particularly exciting. Perhaps the theme would have felt stronger if the only Gs in the grid were the ones prefixing the theme answers?

Claire Rimkus’s USA Today crossword, “Get Down to Work”—Darby’s write-up

Theme: The last word of each theme answer can go before WORK. 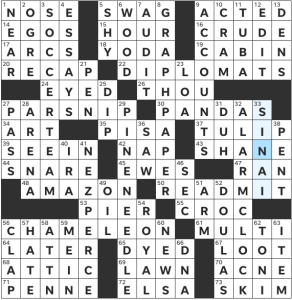 Four great themers, no problem! And all down answers, which is always fun, in my opinion. I appreciated the way that these were staggered throughout the puzzle, and they were also relatively easy to figure out. A nice, clean and simple theme.

I filled this puzzle straight through, which was a delight for me. It has really nice symmetry and doesn’t feel too closed off, even if it gets to be a bit tight toward the middle with the PARSNIP – PISA – NAP – EWES – READMIT diagonal move, but the connections through the themers keep the puzzle feeling connected throughout.

That’s all from me today! What a delightful way to start my day!

Theme: OLIVER TWIST (62a, [Dickens boy who asked for more, and what’s found within 17-, 31- and 46-Across]). The other theme answers are familiar phrases with the letters from the name OLIVER “twisted” (i.e. scrambled) within. 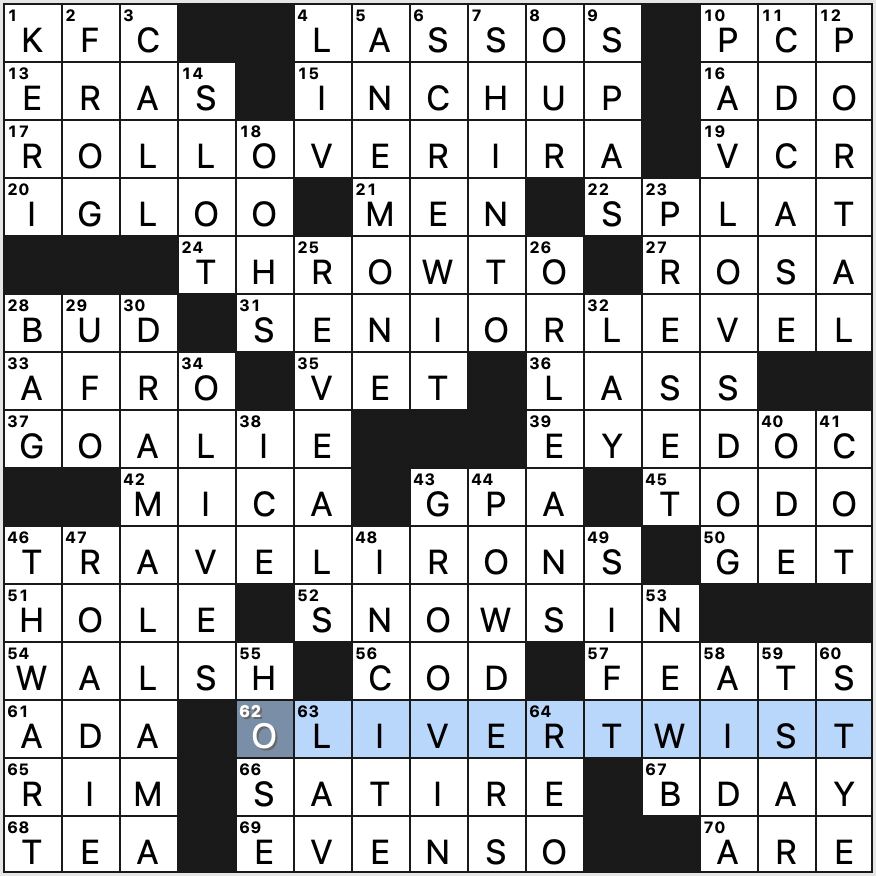 I arrived at—and filled in—the revealer  before grokking the theme, so I got to enjoy my aha moment post-solve. It feels somewhat surprising to find suitable re-arrangements of those six letters within familiar(ish) phrases, but maybe that’s just perception since only the V is less common. Still, I enjoyed discovering the theme and finding the “twisted” letters within each theme answer.

I liked seeing PAVLOV’S DOG, “SCREW IT!,” and GROOVIN‘ in the grid. I don’t think I’ve heard the phrase DRAMA LLAMA [Rhyming term for a person prone to theatrics] before, but it’s fun, and the clue made it clear DRAMA QUEEN was incorrect.

Nice puzzle all around. 3.5 stars. Oh, and this is a debut for Adam Mack. Congrats!

Fantastic themeless today that was totally on my wave length. 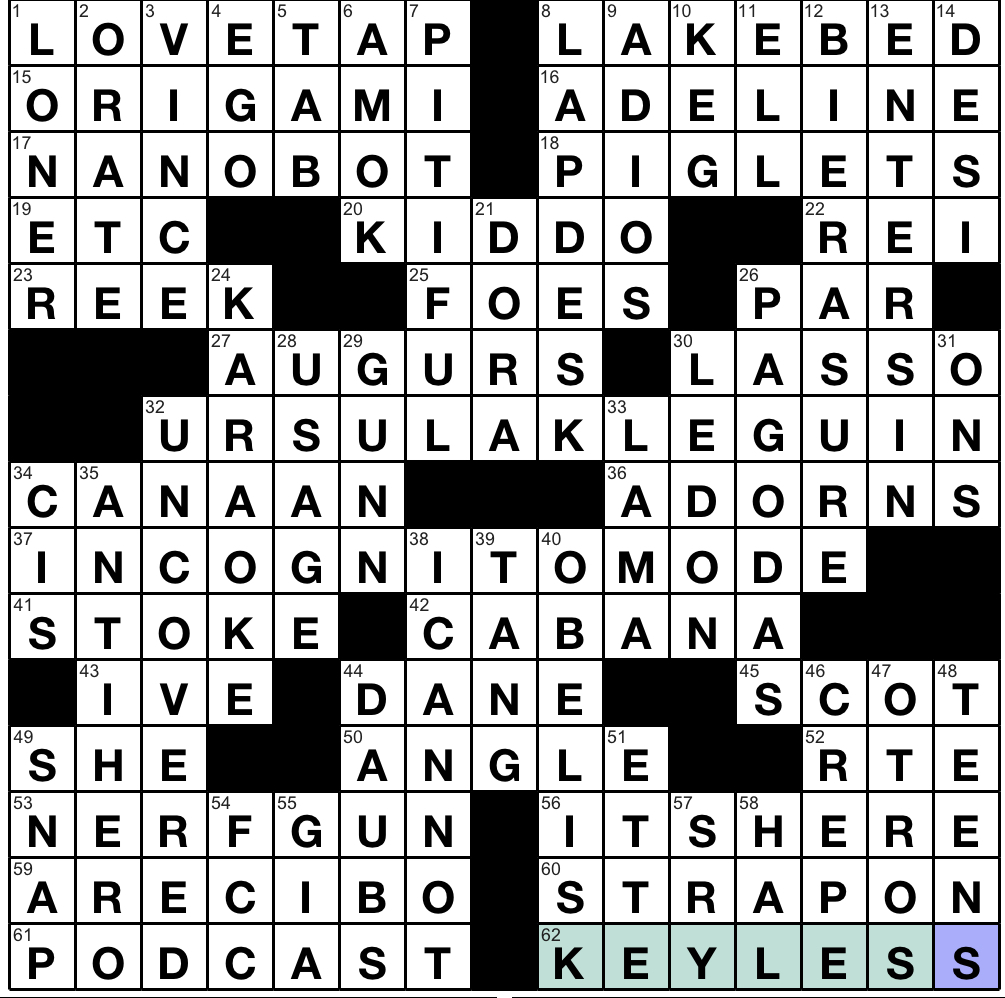 I really enjoyed solving this from start to finish. Great mix of entries throughout and a nice flow to the solve.

12-Down [Phenomenon discussed by Robyn Ochs, one of the first Americans to have a same-sex wedding] for BI-ERASURE

37-Across [It won’t give you cookies] for INCOGNITO MODE