Theme: As I surmised by glancing at the title, it should be read as “P-Added Cells.” The letter P has been added twice to various words. 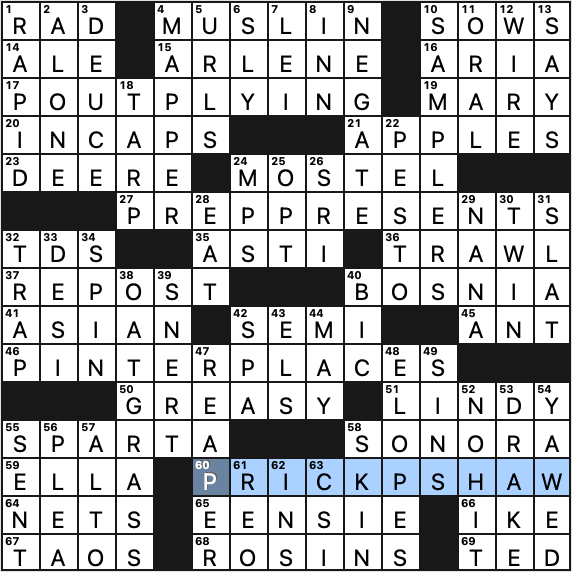 I did not care for this one. The theme entries are overly strained, and apart from PRICK PSHAW, which was irksome in its own right (can we retire PSHAW already?), the base phrases are mundane. Adding two Ps to words is a challenge for the constructors, but if it results in uninteresting entries, where’s the joy in it?

Long fill consists of SAMPLERS and OAT GRASS which are fine but not exactly sparkly. Nothing else really captures my eye. Oh yeah, not a fan of seeing Nazi sympathizer LINDY in the puzzle. 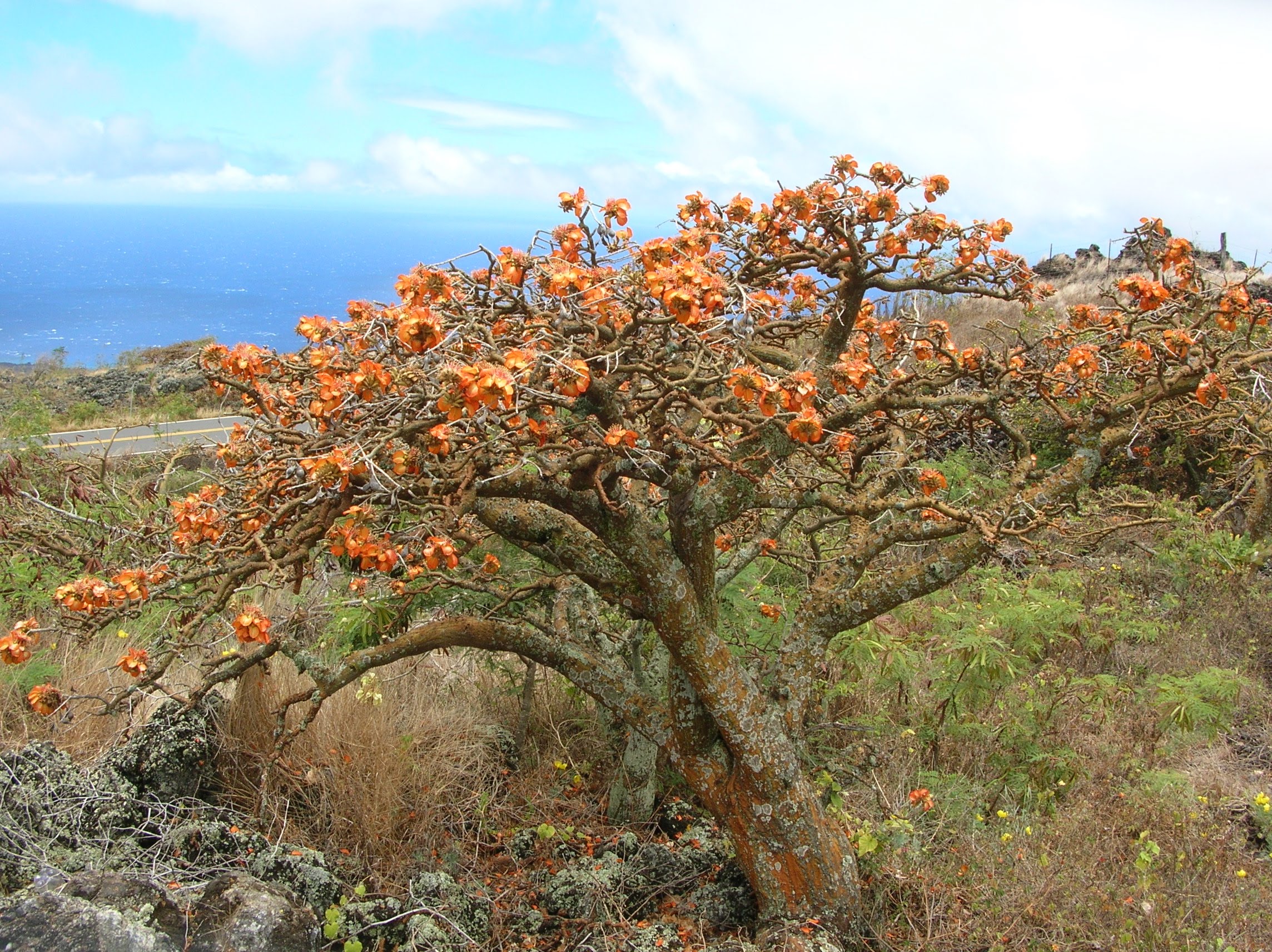 The wiliwili tree of Kaua’i 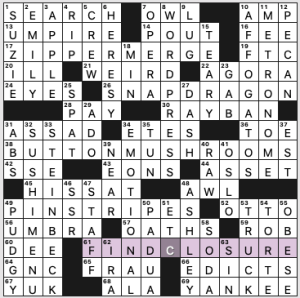 Theme revealer: 61a. [Accept and let go of something … or a hint to the starts of the answers to the starred clues], FIND CLOSURE. The starred answers all begin with things that can be clothing closures:

Billy Bratton and Erich Bratton’s AVCX, “I Woke Up Like This” — Ben’s Review 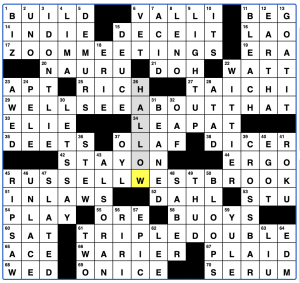 Today’s AVCX is a debut by Billy and Erich Bratton – congrats!

There’s a pattern to what’s going on with the theme entries in the grid:

Each of these has 3 sets of double letters, which also (triple?) doubles as a basketball feat accomplished by RUSSELL WESTBROOK many times.

Today in being slightly awed by how much time has continued to pass: Rihanna (or RIRI, if you’re being familiar a la 56D)’s “Umbrella” is 15 years old. 15! 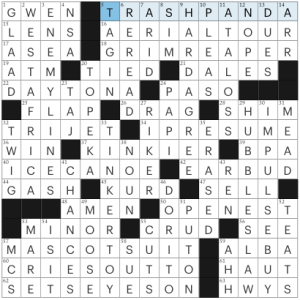 Smooth, not-too-hard themeless today. Played like a Friday NYT for me.

Fave fill: TRASH PANDA, GRIM REAPER, MASCOT SUIT, GLAAD, WEST AFRICA, TINKER TOY (I loved TinkerToy!), “HARD AGREE,” IMPULSE BUY. Man, I miss impulse purchases! When you get 98% of your groceries via online orders and you don’t set foot inside the store, you miss out on the whole “SETS EYES ON, adds to cart, enjoys” experience.

Editor: Erik Agard
Theme: Each theme answer is a two word phrase. The first word starts with U and the second starts with N. 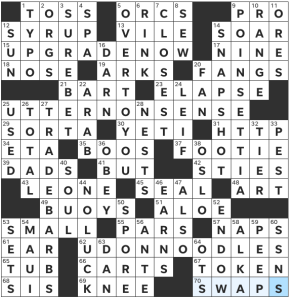 Good title, cute theme, and interesting theme answers – what more do you want from a USA Today puzzle? It took me a bit to see UPGRADE NOW, because I was *certain* the first word in that answer was “update”. Combine that with having “nearest” over CLOSEST for 7d [Least distant] and “evil” over VILE for 13a [Despicable] (what can I say, at least they’re anagrams?), and it meant that the top half of the puzzle took a long time to come together. Luckily for me, the bottom half went much more smoothly. I was able to drop in UDON NOODLES without even seeing the clue once I had a few crosses.

Sticking points: “zinc” instead of ALOE for 51a [Sunscreen additive]. Also, it took me a long time to be convinced ORCS was correct, because I interpreted the “fantasy games” in the clue as video games as opposed to dungeons and dragons.

Favorite answers: NO LUCK, POINSETTIA (I can never spell that) and FOOTIE pajamas. 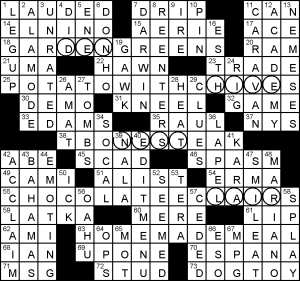 Dave Taber & Laura Moll’s puzzle really hit home at the revealing answer. I could see two puzzle themes – food dishes and dwelling places – but how did they relate? Answer: HOMEMADEMEAL, although HOMECOOKED sounds more natural to my ear.