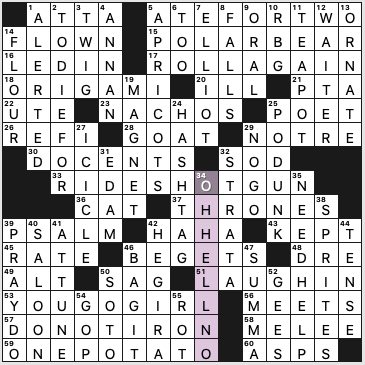 What a great way to kick off the holiday weekend! A fun and smooth grid that’s kinda shaped like a dogwood blossom, courtesy of Christina (who recently became the assistant editor of the LA Times crossword) and Caitlin. I confess I needed all the crossings to get 1-Across filled in (1a. [It’s kneaded to make naan and roti], ATTA—atta is the dough for those tasty Indian flatbreads), but the rest was an adventure with lots of zippy fill.

Admired answers: ATE FOR TWO, POLAR BEAR, board games’ ROLL AGAIN, RIDE SHOTGUN, Rowan & Martin’s LAUGH-IN, “YOU GO, GIRL!,” “ONE POTATO…,” TO DIE FOR (the movie by that title—I swear to you, Nicole Kidman just did a Meg Ryan impression for the whole film), APRICOTS (it’s stone fruit season!), HASHTAG, ELLIOT Page (my spouse has been watching the new season of The Umbrella Academy so I’ve seen lots of Page lately—love how the show transitioned sister Vanya to brother Viktor for season 3), “OH, HELL NO!,” and PODUNK. 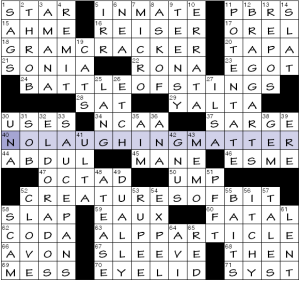 This 16×15 grid is buttressed by the revealer across the center.

So, with the dust and the graham cracker, not to mention the revealer itself, these were on the dry side—at least for me.

Theme: Each theme answer is framed by letters spelling out GAY. 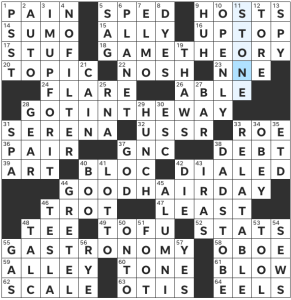 I was thrilled to see this title when I opened the puzzle this morning. I loved some extra Pride vibes to kick off July, and so this was definitely a real treat. The themers themselves were also really great. I think that there was such a range in moving from math with GAME THEORY to food with GASTRONOMY. I actively LOL’d at the clue for GOOD HAIR DAY. Very cool, very fun.

Some of my Friday faves for today include:

There’s so much more I could say about this puzzle, but it really was a delight. The four nine-letter theme answers allowed for some great symmetry, and the cluing was really rich and educational while still staying smooth.

Theme: MIXED GREENS (60a, [Salad choice, and a description of the first words of the starred clues’ answers]). Those first words are anagrammed shades of green. 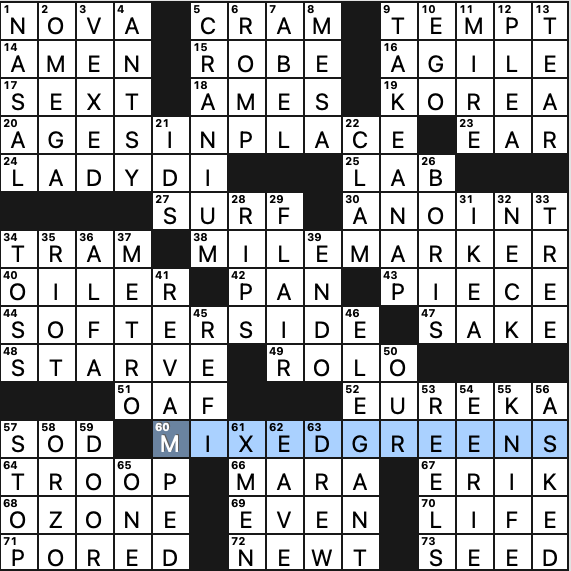 Nice, but it feels a little light to me. My first instinct is that there are a lot of shades of green to choose from, why not include at least another entry? However, though there are plenty of other shades, most of them don’t lend themselves to anagramming. There is one, though: Army green. That could give you another entry starting with the name Mary.

But with only three theme entries (four, including the revealer), the puzzle has more room to breathe and provide nice fill entries like TAKE A NAP, CRANIUM, LADY DI, REVAMPED, ELEGANT, and EUREKA. That’s more than the usual amount of sparkly fill, so I’ll take it. 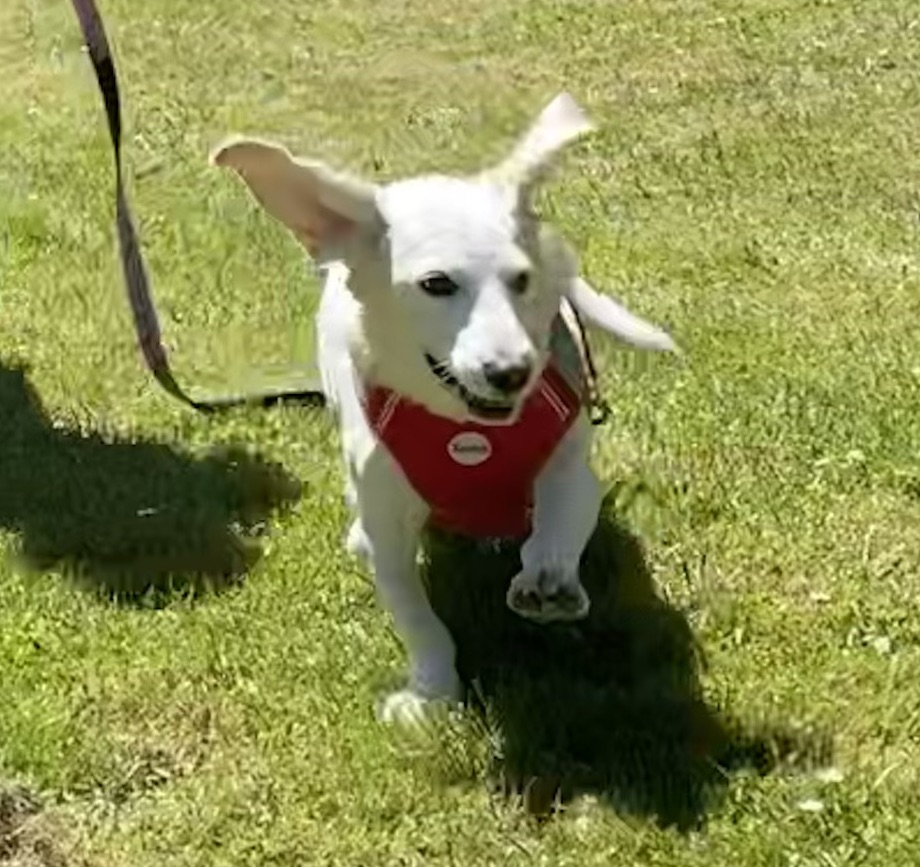 Surfer striding along the beach in Pacific City, OR. 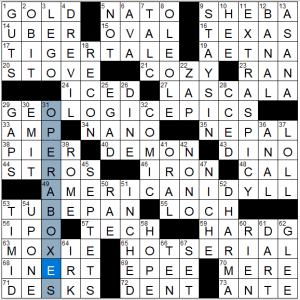 Happy Canada Day to those who celebrate!

Our theme today involves homophones and things you can read; “reading aloud,” perhaps.

I quite like the theme, but do wish I could figure out what homophonic fun is going on in the second themer. EXTRA SPICY (clued to pepper symbols on a menu) and OPERA BOXES bring some flair in the 78-word grid that doesn’t offer a lot of opportunities for longer fill.

Little more resistance here than I’ve had in other TNY Fridays – the pair of ? clues in the east [38a Way over the ocean?] PIER and [39a Twins’ city?] ROME were satisfying to figure out after a pause. TUBE PAN [53a What angel-food cake is baked in] was new to me, but now I know the difference between it and “Bundt pan” (the former is not necessarily fluted, and the latter is a subset of the former). I also quite liked UBER for [14a Airport-departure option]. There’s more than one way to leave an airport!