Good news! Aficionados of solving via a .puz file can once again turn to Martin H’s server for the easy-peasy access to the Universal, WSJ, and Jonesin’ crosswords. Big thanks to Martin for wielding his technical wizardry and server power for the benefit of crossword junkies who just want their puzzles exactly the way they want them. 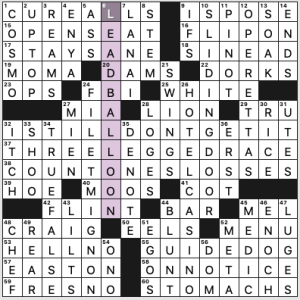 Two Irish singers are in the mix: ENYA is 4d. [Singer who owns Manderley Castle in Killiney], and 18a. [Irish form of “Jane”] evokes SINEAD O’Connor.

Druggie two-fer: 44d. [Pot holder] is a BLUNT if you’re smoking pot, and at 48d the same clue works for CHEF.

Less keen on bits like suffix -DOM, TRU, Italian grammar MIA, and ERST, but overall pretty solid. 3.5 stars from me. 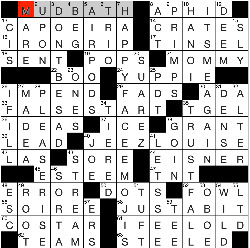 There’s enough good stuff in this themeless that I’ll forgive it for being too easy. Such as:

19A POPS, as clued [Stands out] was a bit of a trigger for me, but that’s because I work in advertising. If I had a dollar for every client who’s said “make it pop!” about everything on a particular page or screen, I wouldn’t have to work in advertising. Hint to everyone: If you bump up the intensity of the graphic design on multiple elements of the same page, then none of them will pop because they’re all fighting for your attention. Okay, climbing off the soapbox now.

Highly enjoyable, though I could’ve wished for it to be a bit harder. 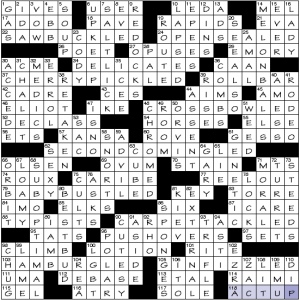 A straightforward add-some-letters theme, in this case it’s the trigram LED suffixed to words/phrases. So it’s a lot of past-tense stuff. Followed by led, heh.

I found these to be mostly fun and entertaining.

Can’t think of any good explicitly LED songs, so I’ll share this earworm, which at least has the letters. 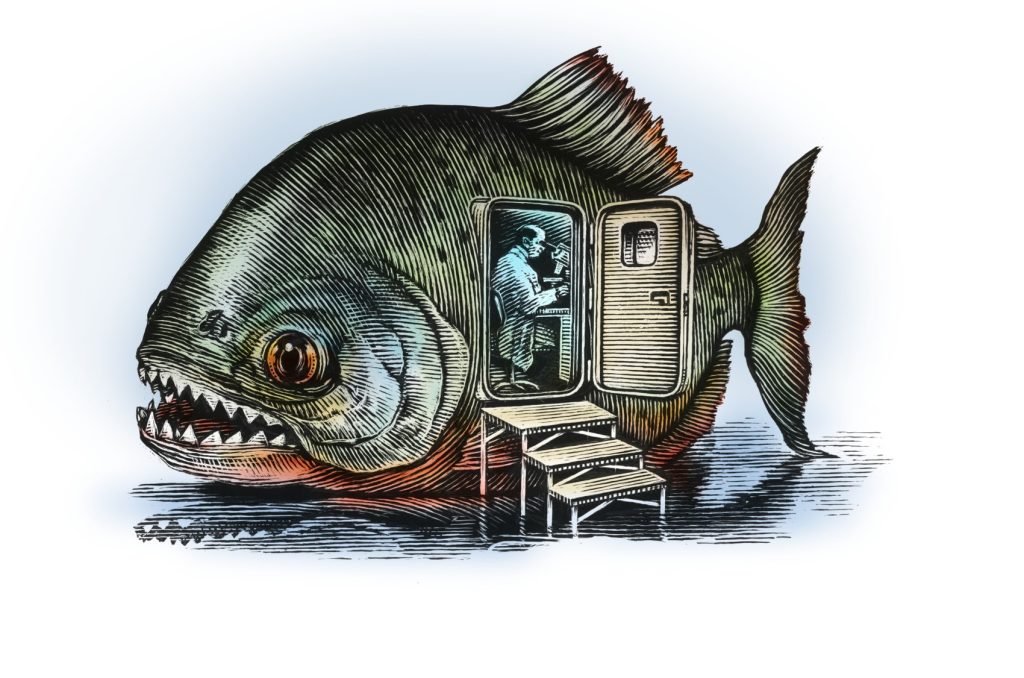 Was going to include a vintage scientific illustration, but my eye caught this curious image. Intrigued, I followed the link and learned that, in chemistry, a ‘piranha’ is an irreversible binder 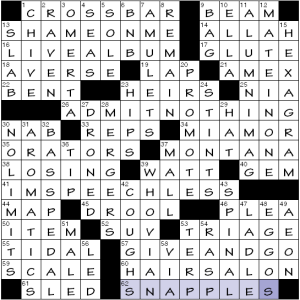 Well, another one that kicked my butt. And another one where the lower left section was the final area to fall. 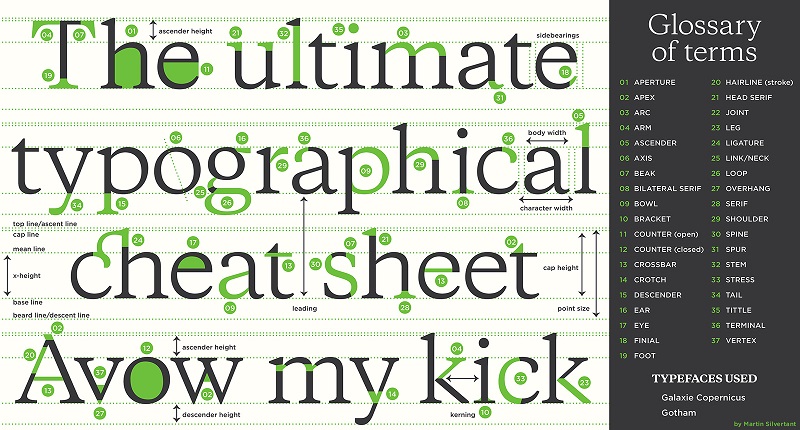 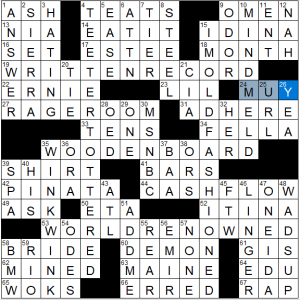 Familiar theme type to kick off the weekend today, as we’ve got “WORD” bracketing three themers:

Amanda’s made the most of the flexibility afforded by only three entries, and for my money the long downs are the star of the show: WINK WINK, TEETOR TOTTER, I’M OLD FASHIONED–I particularly love [“My preferences are a bit antiquated”] to clue that!–and MIND MELD. I was pleased, as well, to Google “On Her Own Ground” (32d) and learn it’s a biography of African American entrepreneur and philanthropist Madam C.J. Walker. I knew of Walker, but not of the biography, which was written by one of her descendants, and I’m frankly not sure I would have Googled the clue if I weren’t writing this review. So I’m a bit curious why Walker wasn’t name-dropped in the clue — it wouldn’t have meaningfully changed the difficulty, I don’t think — but I found my way to some learning, so all’s well that ends well.