Theme: The second word in each theme answer could follow the phrase “strike a.” 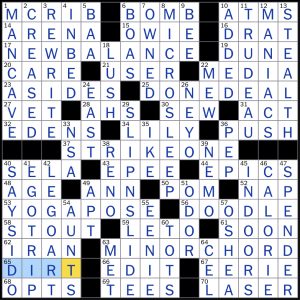 Anything that involves a baseball clue is usually going to get my attention right away. I was able to fill in all of the themers except for MINOR CHORD without really needing the revealer to pull it all together for me. However, it was a huge help as I finished up MINOR CHORD, having focused too much on the idea of the “often sounds sad” part of the clue. As someone who is not a musician, I was a bit lost there, but the revealer made it easy to plop it in.

This felt like a really fair grid for a Monday. There were a few places where I had to make some quick adjustments (FLOP instead of BOMB for 6a, RATS instead of DRAT for 16a, etc.). I thought that the southwest corner was really well done with SAYS I DO, EGO TRIP, and LEGO ART. I was not as familiar with MICROSLEEP (but loved that both this and NAP made it in for one of the most undoubtedly sleepy days of the week). Its symmetric counterpart, though, SLIP N SLIDE was super fun.

Overall, I loved how clean this was and enjoyed the four themers packed into the grid plus some nice 7-letter fill in each of the corners.

Theme: IN THE CLOUD (57a, [Stored on a remote server, and a hint to three answers]). The other theme answers are familiar phrases whose outer letters spell a cloud-like object. 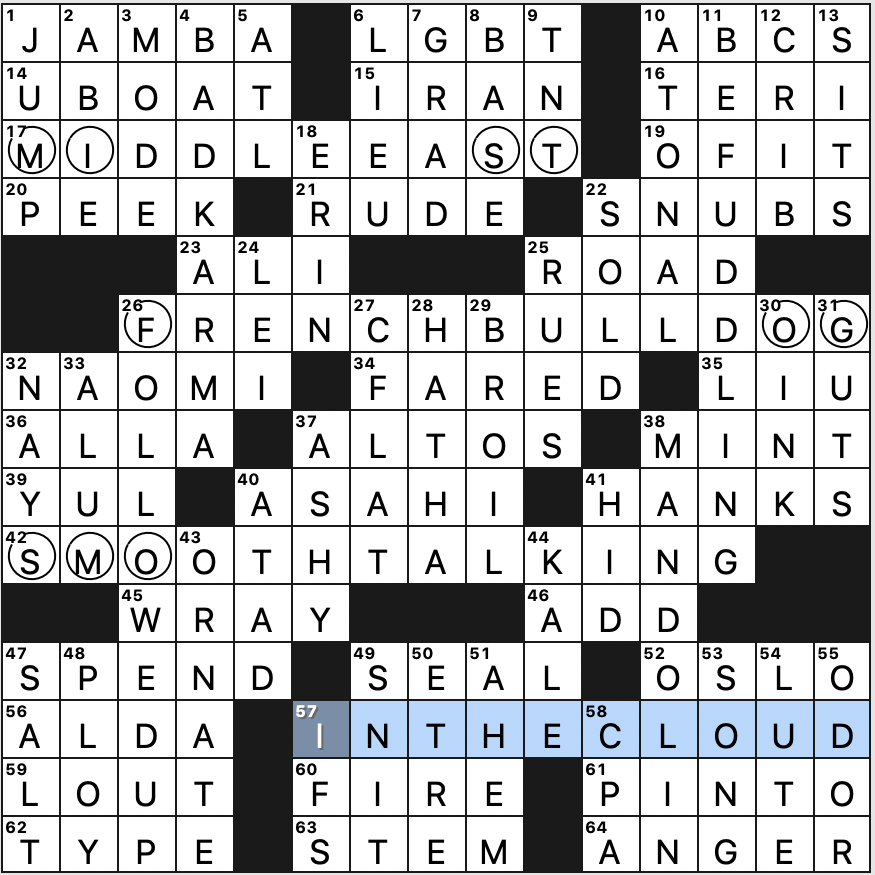 Works for me. I could see what the theme answers were doing as I solved, but I couldn’t figure out what the revealer would be. It made perfect sense once I got it.

Enjoyable long fill with BEFUDDLING, BAD KARMA, FOLLOWED UP, and MANDOLIN. I did not know HATHA [Yoga system whose name is Sanskrit for “force”] right off the bat, but I’ve seen the word before. Still it might be tough for a Monday, especially where it crosses Japanese beer ASAHI.

ORNATE inlay of the Taj Mahal 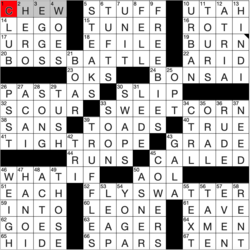 Always a delight to see a Carly Schuna byline. I had the pleasure of editing a puzzle of hers for Inkubator a few months back, and in that puzzle and in others I’ve seen of hers, she’s always brought a fresh eye to cluing. Themes too, as we see in this light and easy Monday. No revealer needed with the clues clearly indicating that the first word in each theme phrase is a slang term for “awesome.”

Clues like [Tree in a tray] for BONSAI and a reference to [Judy Blume’s “Tales of a Fourth ___ Nothing”] for GRADE add extra fun. Into it! 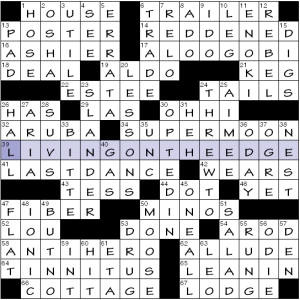 Haven’t seen an edge theme in a while. Good job on managing to mostly clue those answers with non-thematic references. 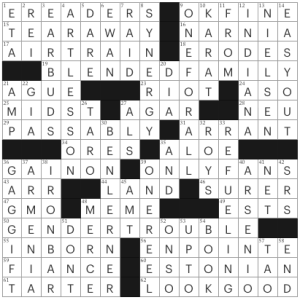 Didn’t know: BEN LERNER. Have you read him?

Not keen on: AGUE, ASO, AGAR, ESTS, ONE FOR ALL near awkward ONE REEL, awkward partial ON SO.