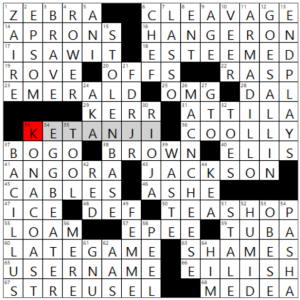 Fave fill: ZEBRA (with a comedian’s joke in the clue: [“How fast does a ___ have to run before it looks gray?”: Demetri Martin]), HANGER-ON, a LATE GAME, Billie EILISH, tasty STREUSEL, the KONA COAST (had to work for the COAST part of this), ARMADILLO (great language clue: [Animal that the Aztecs called ayotochtli, or “turtle-rabbit”]), GOES ALL IN. (Note: I don’t like EILISH because it’s a pop culture name I know–it’s because she’s a talented songwriter and rocker who’s carving out a career in the sexist music industry on her own terms.)

Not sure how I feel about MAC ‘N CHEESE. That’s how I pronounce “mac & cheese,” yes, but I don’t spell it with ‘n.

27d. [Car modified into the Monkeemobile], GTO. Did not know that, but it’s nice to get an old car clued via pop culture instead of with gearhead references entirely unfamiliar to many. 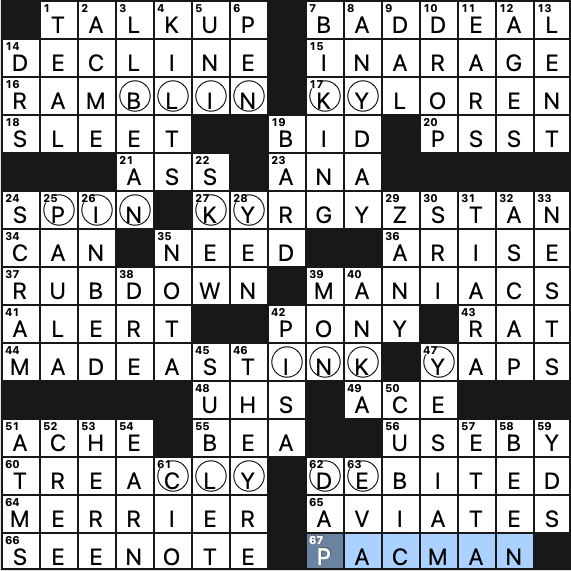 Fun theme, especially for one who knows (most of) the ghosts’ names. The choices for long theme entries are fun as well. It would have been neat if the grid could’ve resembled a PAC-MAN maze, but that’s probably too much to ask. 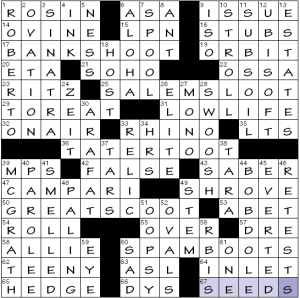 Two-word phrases. The second word is monosyllabic and has an O for the vowel, and that O is doubled to wacky effect.

I’ll just note that there are Os elsewhere in the grid that are unaffected by the multiplicative process. Makes for a less constrained grid that’s easier to construct. 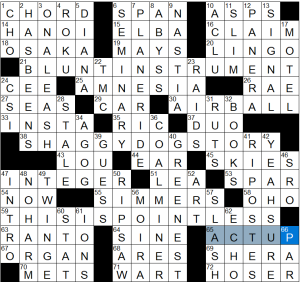 Long, in-the-language themers (including a spot-on-revealer) and lots of long downs made this a quick solve. Back after the workday with a recap.

Theme: Each theme answer can have the word cherry added before it (literally, putting a cherry on top). 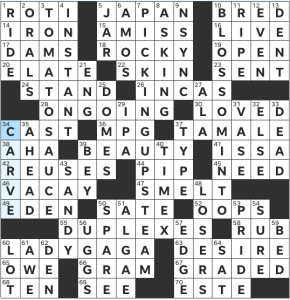 I figured out the theme as soon as I filled in TOMATO SAUCE, and it certainly helped me correct the SPEEDING UP I initially put in the first half of 7d (as did ROCKY). I thought that all three of these themers were really fun, and I love the connection to cherries. It’s such a well-crafted combo of answers and using the phrase “with a cherry on top” as the impetus to have Down theme answers.

I had a great time with this grid! Aside from a few typos running up my time that set a few things AMISS and made me say OOPS, I had a pretty smooth solve.

Fun puzzle this week, with a quote from Sonia Sotomayor as the theme. 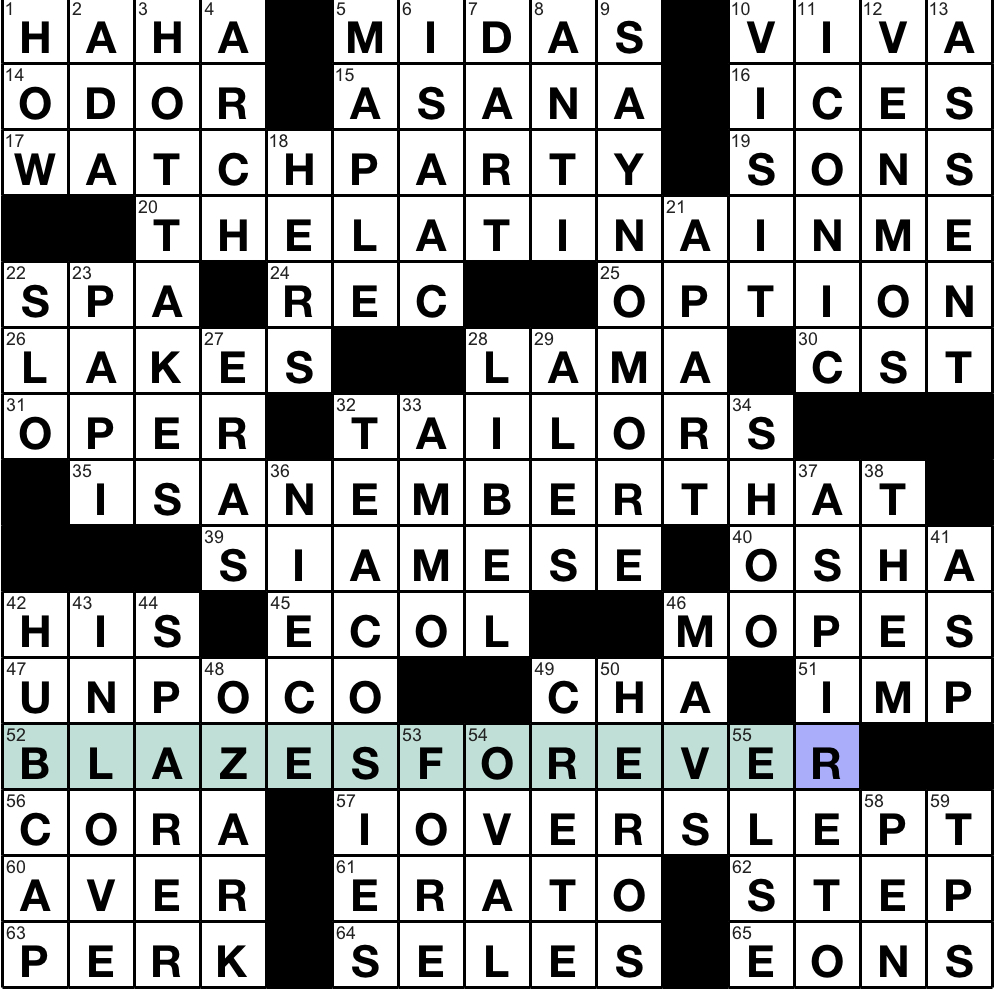 This puzzle played a bit like a themeless, and in addition to the themers we had some nice long answers, with WATCH PARTY, SAY NO MORE, I OVERSLEPT, and TEA COSIES all adding to the enjoyment of the puzzle.