The Inkubator team thought this was moderately challenging and I agree with them. I’m sure my assessment was influenced by my lack of familiarity with the woman at 1a. My experience with the NW corner always colors my opinion of the puzzle. 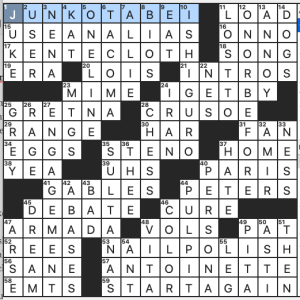 What I didn’t know before I did this puzzle: as I said above, I had never heard of JUNKO TABEI, the first woman to climb Mount Everest. Wikipedia tells me she was Japanese and was the first woman to ascend the Seven Summits. And there’s a mountain range on Pluto named after her. 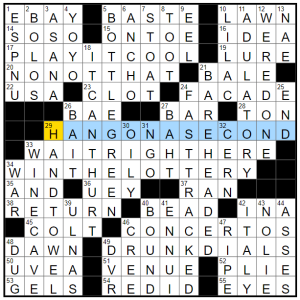 Oh! Constructor Rafa was interviewed twice this month during the Boswords Fall Themeless League–once regarding the Anigrams word game he developed, once as the featured solver. I tell ya, I’m a little disappointed that there wasn’t any Portuguese vocabulary in this puzzle!

I like the “just chill” vibe: PLAY IT COOL, HANG ON A SECOND, WAIT RIGHT THERE. Other fave fill: WIN THE LOTTERY, DRUNK-DIALS, IT CAN’T HURT, FAST-TRACKED, WE’RE DONE. On the other hand, “NO, NOT THAT” feels a hair un-idiomatic, just words you might say together but not a cohesive unit of meaning.

I like the [Uncapped] clue for BARE-HEADED. Hey, November is nigh. Wear a hat to keep warm, my children. 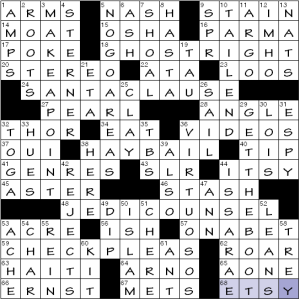 I confess it took me a few beats after completing the grid to understand what unified the theme answers beyond punnery. They each involve aspects of the legal system—and least in the punny part of each phrase.

These are … okay? Some of them seem kind of loose, merely associative. I’m also guessing—without verifying—that counsel and council share an etymology.

Sooooo, that didn’t take up too much space, so let’s check on counsel/council, via m-w.

To me that looks like yes and no, but mostly yes.

Paul Coulter’s Universal crossword, “Give Me a Break”—Jim P’s review 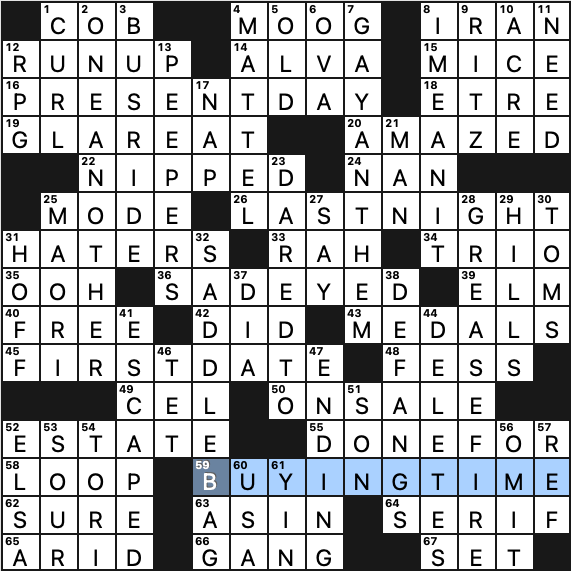 Pretty straightforward once you get it, but it still held my interest all the way through. In short, breezy but fun.

The one thing still puzzling me is the title. Though I’ve tried, I can make no sense of it. If you’ve got an idea, please share in the comments. 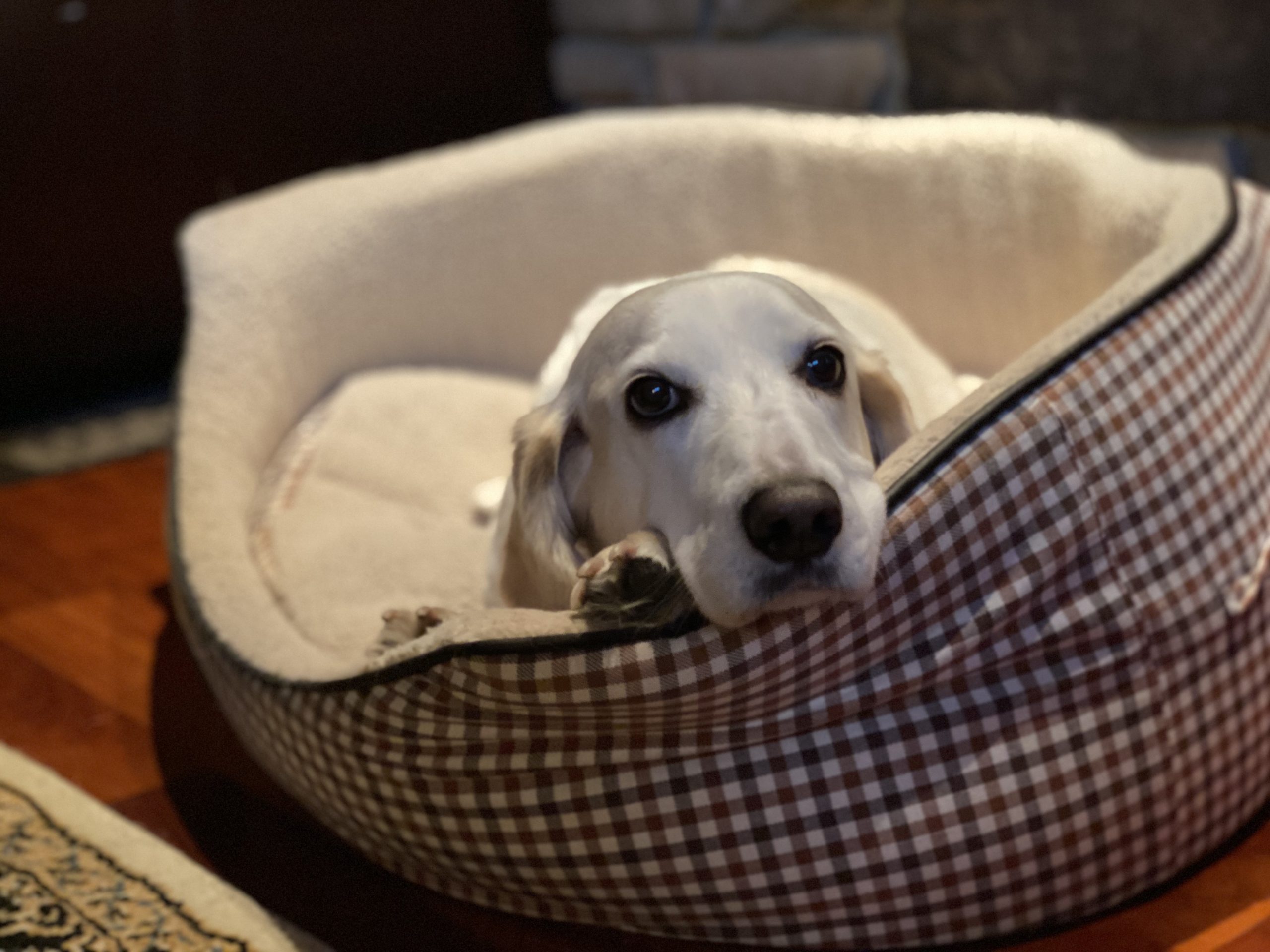 With theme material on the lighter side, we’re offered up some nice long fill entries to compensate. Highlights include GAY ANTHEM, GREASE FIRE, “I MEAN IT!,” BUS RIDE, DONE FOR, PEEPERS, HATERS, and SADDLEBAG. Our basset mix definitely looks SAD-EYED on occasion, but she’s generally a happy doggo. 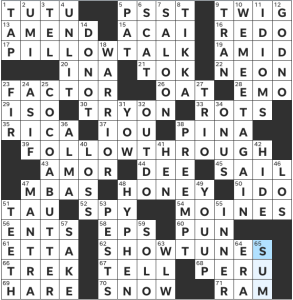 Form-wise, this grid is asymmetric, and, as I was solving, I could feel myself moving through as though it was a maze. I really enjoyed growing from the tight top with TUTU, AMEND, and PILLOW TALK stacked and then feeling the NE corner open up as WE MEET AGAIN crossed through into the middle section of the grid. As you might expect, I felt similarly about COCOA BUTTER. I held myself up because I first wrote AGAVE for 48a [“Baklava sweetener”] and then sugar, even though deep down I knew HONEY was correct. It was also really fun getting the pairs of TEL and TELL in 3d and 67a, as well as 1d [“Lightly touch”] TAP’s explicit synonym in 5d [“Synonym of 1-Down that’s 1-Down backwards”] PAT.

Overall, I really enjoyed this puzzle, and there was so much good stuff to find both as I was filled it initially and as I went back back through.