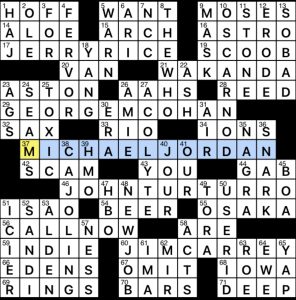 I would have loved to see at least one women in the theme entries, such as former star of the Minnesota Lynx, #23 Maya Moore. She won several championships, Olympic gold, WNBA Rookie of the Year, and regular and All-Star MVP awards. Moore now focuses her time on criminal justice reform.

That’s it for today. Until next week! 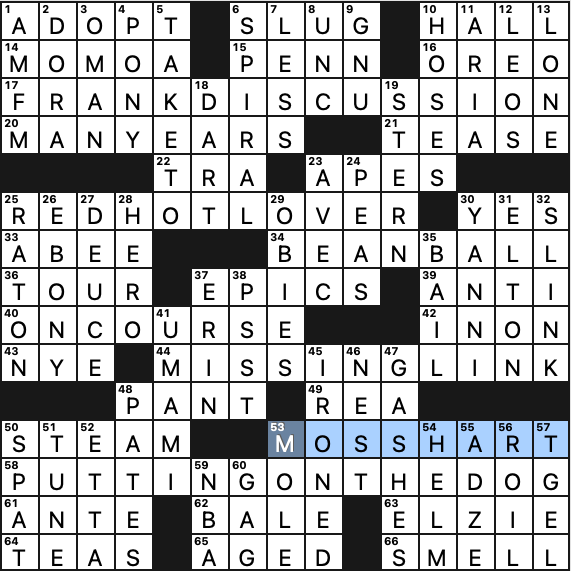 So I had issues with most of these, so I’d say this theme wasn’t for me so much. 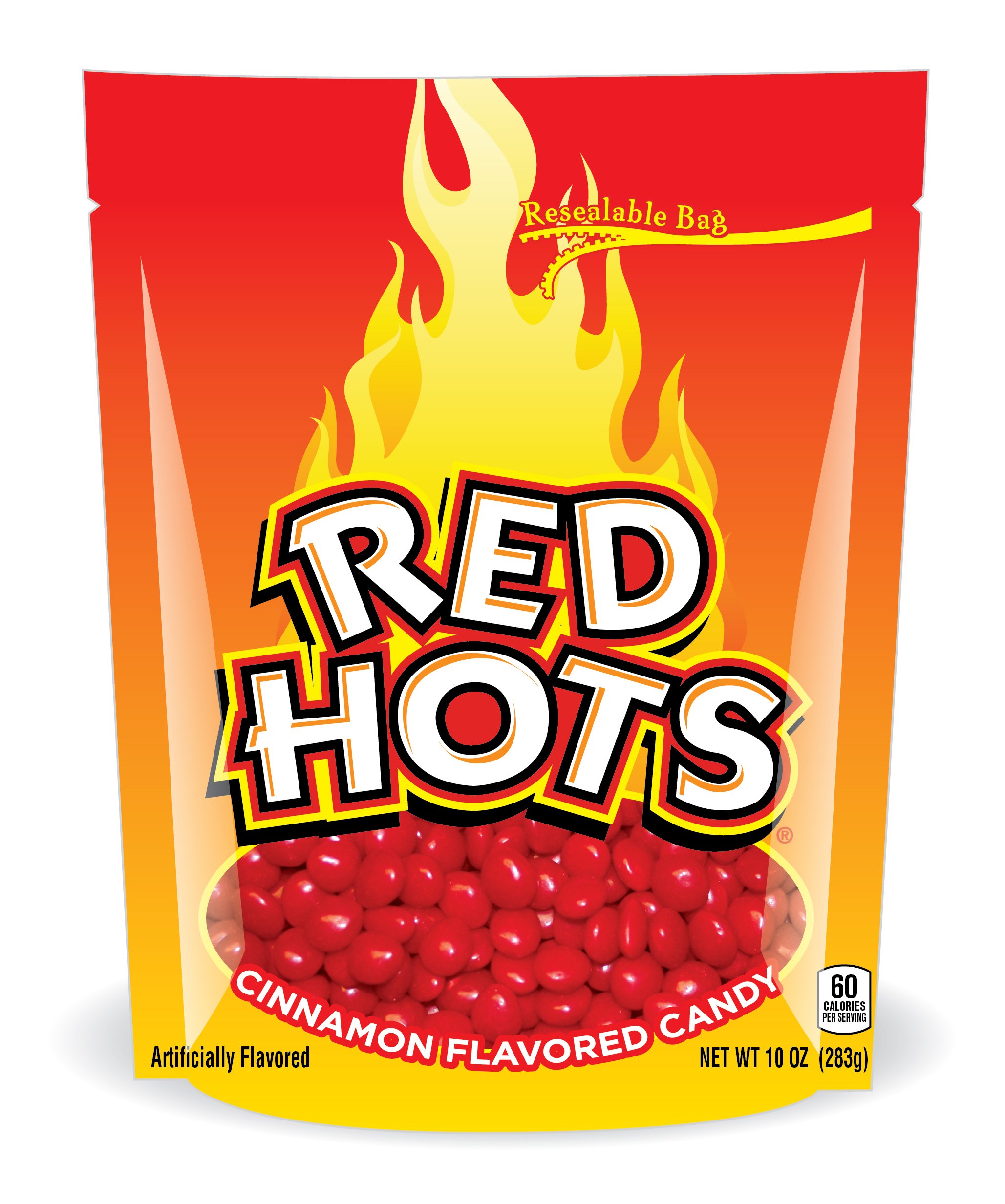 In the fill I liked BEAN BALL and ON COURSE, but I don’t think I’ve ever encountered MAN-YEARS [Workforce units].  Man-hours I’ve heard used plenty, but where would anyone use MAN-YEARS?

My biggest problem though was that SE corner with the two uncommon proper names (MOSS HART [“Winged Victory” playwright] and ELZIE [Popeye creator Segar]), ambiguous clues for HELM and ADZE, and a product whose first letter could be anything if you don’t know it (T/GEL). I ended up with an error because MOSSHAST seemed perfectly plausible with SOIL satisfying the clue for 56d [Muddy up]. All this on a Tuesday. I have no doubt that corner could’ve been made quite a bit fairer with a little more effort. 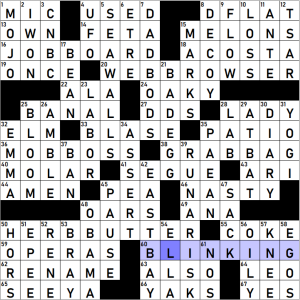 In today’s puzzle we have a smattering of BB’s — as the title suggests, they are “B’s in touch.” The theme became apparent pretty early on but I have to give it to the constructor for coming up with a truly excellent reveal at 60A [Flickering … or, read differently, what connects 16-, 20-, 36-, 38- and 50-Across?] = BLINKING (read as B-LINKING). Let’s look at these theme answers:

With a whopping 6 (six!) theme answers in this grid, I’m amazed how cleanly this one played. Some of the fill was awkward for me — hello PAEAN — but overall this is a very impressive construction. Mid-length bonuses like DAD BODS, RUN A RISK, BAD EGG, and EAST BAY helped this puzzle shine, along with some clever clues like [Opportunity close to home?] = AT BAT. Great puzzle, Drew! 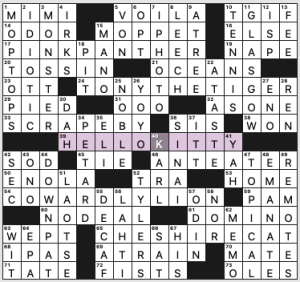 Today’s theme is anchored by HELLO KITTY, 39a. [Fictional feline from Japan … or how one might greet 17-, 24-, 54- or 65-Across]. Those four are the PINK PANTHER, TONY THE TIGER, the COWARDLY LION, and the CHESHIRE CAT. Cute!

Note that the grid is 16×15 to accommodate a center entry with an even letter count, and to allow space for five long Acrosses.

3.25 stars from me. Some of the fill (OOO OTT ITT ONO ENO, for example) felt less than ideal for Tuesday solvers. 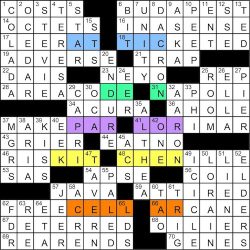 Good day, everyone! Hope you are all doing well to start the new week!

We have living spaces featured in the grid, but with a nice twist. The circled letters on five different lines in the grid are separated by black squares, but when combing the letters, they form a word that is a type of room. The black square acts as the word’s divide, and the ROOM entry is the puzzle reveal (25D: [___ divider (residential privacy screen…or the puzzle theme)]).

Grid allowed for a couple of 8-letter clusters in the Northeast and Southwest, and reading BUDAPEST‘s clue doesn’t hurt my curiosity in wanting to head to that city the next time I’m in Europe (6A: [Hungarian capital known as the “Pearl of the Danube”]). Outside of Swiffer, I don’t think I know any other companies known for making mops, so O-CEDAR was definitely new to me (2D: [Maker of mops and brooms]). There’s LORAIN again, making me think once more that Toledo is what I’m looking for after putting in the first O before having to pull back (50D: [Ohio birthplace of Toni Morrison]). Only noticed A HOLE at the end of solving, and now it’s hard to not think of the insult when looking at it instead of the literal way to read it for the clue (36A: [Burn ___ in one’s pocket]). OK, time to wash my mouth and mind with soap right now about.

“Sports will make you smarter” moment of the day: GRIER (43A: [“Jackie Brown” actress Pam]) – There is Black excellence right in the vicinity with ALTHEA Gibson, but the choice today is to highlight not one, but two Black people in upper management in major professional sports. Oh, and they’re brothers! Mike Grier, who was a hockey star at Boston University before going to play more than 1,000 games in the NHL, is currently the general manger of the San Jose Sharks, becoming the first Black GM in NHL history when he was named to the position by his former club last summer. Mike’s older brother, Chris, is currently the general manager of the Miami Dolphins, who just clinched a playoff spot in the NFL postseason this past Sunday and will play the Buffalo Bills on Sunday afternoon in the first round. 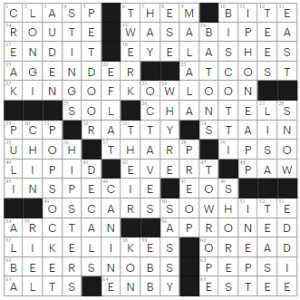 Precisely as advertised: a moderately challenging crossword. I particularly noted some novel cluing while solving:

The LONG I clue isn’t especially novel as a genre, but the misdirection worked very well on me, and this seems the proper context to acknowledge it.

Editor: Erik Agard
Theme: Each theme answer is surrounded by the string “BAD” – they start with B and end with AD. 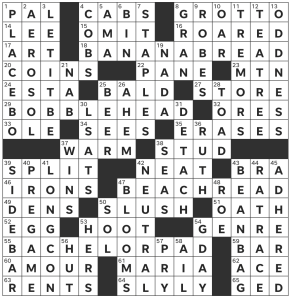 Cute theme! I’ve been meaning to watch the show “Breaking Bad” for about the last 10 years; maybe this puzzle will be the push I need to actually start it. I love all the theme answers that Sara chose, my personal favorite being BEACH READ. It might have been a little more elegant to choose answers that didn’t have A as their second letter as well as their second to last one, but that’s just a nitpick from my constructor brain. It’s way more important to have fun theme answers, and this puzzle has them in spades.