Theme: Familiar(ish) phrases whose first words (or two) are synonyms for “fake.” Clues are presented in crossword-wacky fashion. 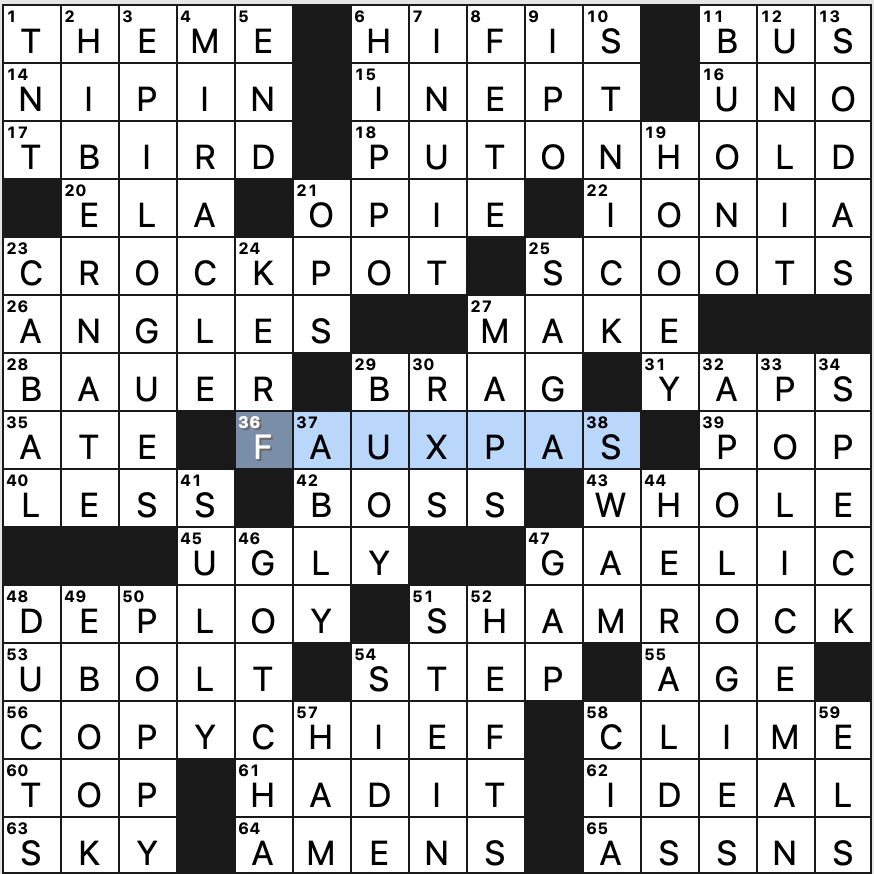 Hit and miss with the theme, but those ones that missed are real groaners.

Fill highlights include the two 9-stacks in the NW/SE. “GOTCHA” and HOOEY are fun as well. Fill toughies include Portuguese ELA [She, in Lisbon], OPS clued [Harvest goddess], and KERF [Trunk notch], all in that middle west section, making for slow going there. I also struggled in the SW after I had EMPLOY instead of DEPLOY for [Bring into service] and SEA instead of SKY for [Blue shade]. 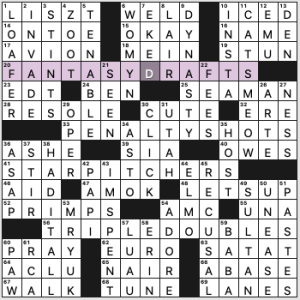 The name of the game is booze words that happen to appear at the end of sports phrases, with a “sports bar” in each clue to tie them together in a playful way:

Emma Oxford and Will Pfadenhauer’s Universal crossword, “Too Much of a Good Thing” — pannonica’s write-up 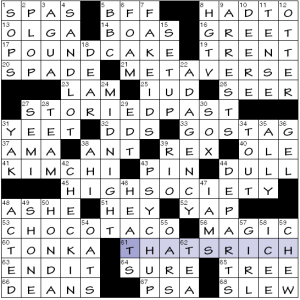 Nothing too fancy here, ironically.

Points for each of the three entries embodying a distinct sense of the word rich. 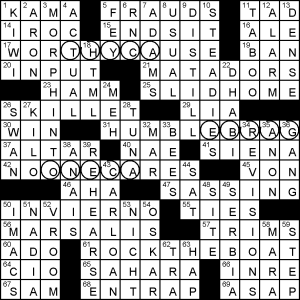 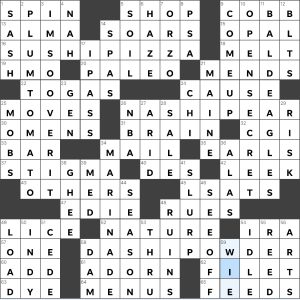 Theme: each food themer contains the word —SHIP— (a vessel)

Even the themers are in on the title misdirection today! SUSHIPIZZA originated in Canada in the early ‘90s, which I wouldn’t have guessed. NASHIPEAR is delicious and also known by other names including Japanese, Asian, and apple pear. DASHIPOWDER is a base for Japanese broths. I was looking for “pots” and “pans” then noticed they all shared a —P— and then saw the —SHIP—. All themers are also Japanese, a further commonality for the set.

The other food related entries are added fun: PLUMTOMATO, ORZO, BLTS, LEEK, FILET, PALEO, GHEE, MARINADE, SLURP, and MENUS, and FEEDS. The solve was smooth and the grid had excellent flow. A real treat for mi-week!